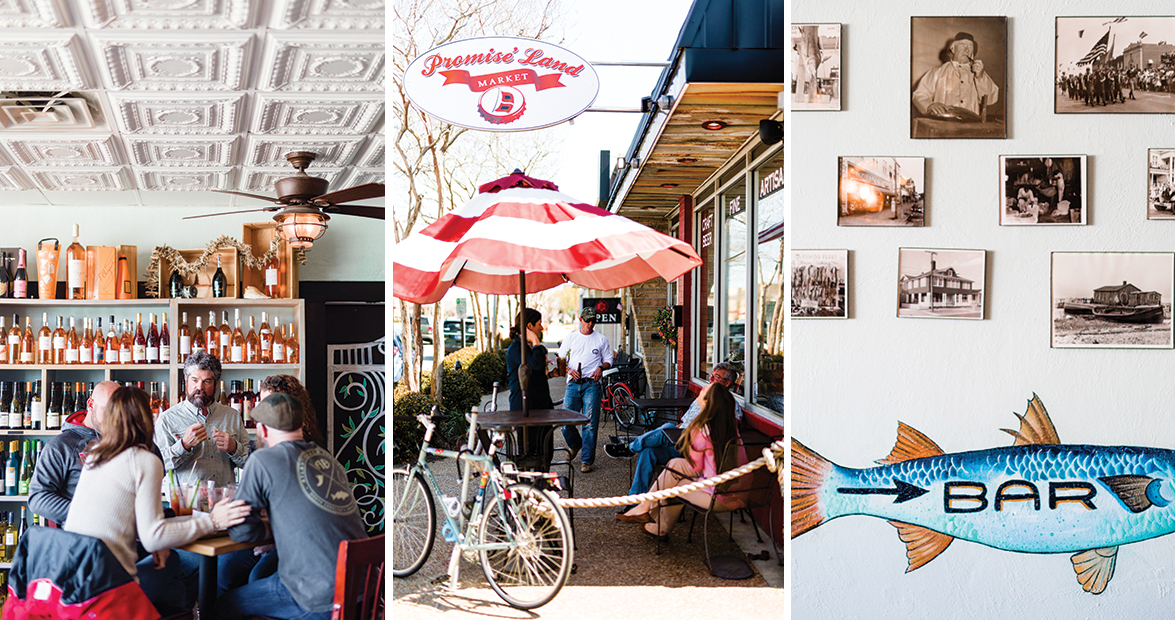 Promise’ Land Market may be modern, but its name is rooted firmly in the past. In the late 19th and early 20th centuries, hurricanes and influenza battered the once-thriving fishing village of Diamond City on Shackleford Banks. When Morehead City came to the rescue, offering the beleaguered villagers a place to rebuild their lives, they adopted a name for their new community: Promise’ Land — named for the way a native Down Easter might say it.

Nearly 100 years later, David Quinn had an idea for an old structure, built in 1933 where a Promise’ Land house once stood: a casual market and bar selling wine, beer, and charcuterie, plus local sauces and dry goods. His vision became reality, and today, Quinn and his business partner, Gerhardt Schnibben, are once again offering the community a place to come together, plus tasty food and drinks. Think artichokes stuffed with goat cheese and wrapped in bacon, cheesy crab dip, and crispy pizza. And at brunch, personalize your Bloody Mary at a table stocked with all the fixings. These days, the weather isn’t quite so stormy. As a matter of fact, Schnibben adds, good weather — for the beach, for the boat — “is Promise’ Land’s only competition.”