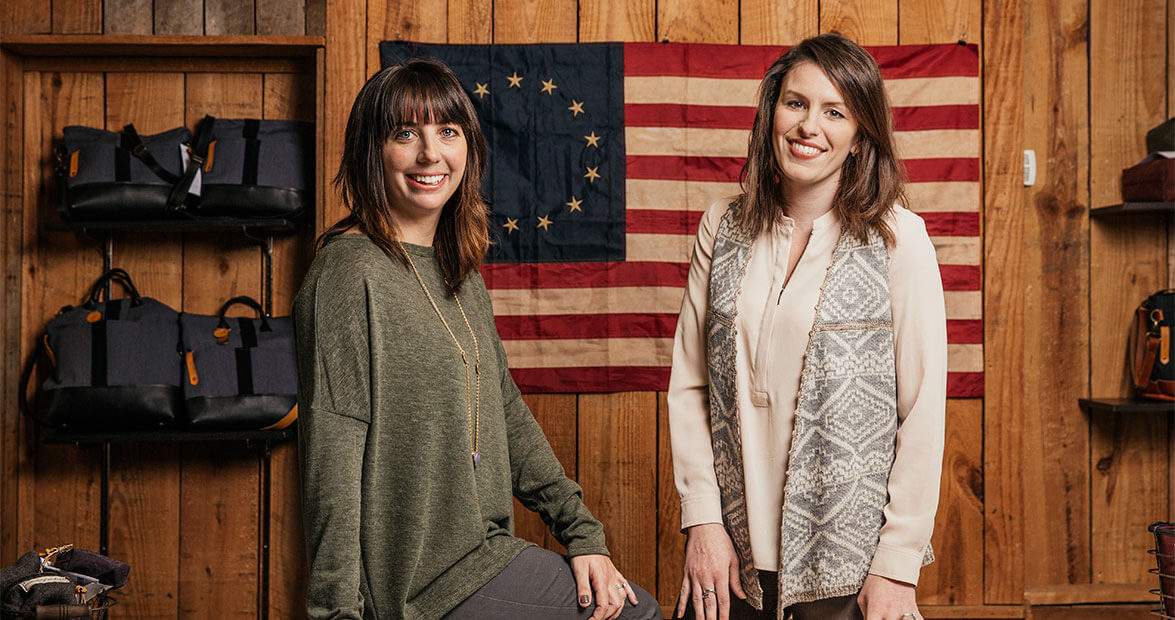 When Lisa Bradley and Cameron Cruse grew frustrated by the scarcity of jobs for active-military spouses who are frequently relocated, the pair found inspiration in an icon of World War II: Rosie the Riveter.

Rosie represented all the women who joined the war effort back home in the 1940s, going to work by the thousands in the defense industry. As military wives in Dahlonega, Georgia, Cameron and Lisa knew instantly that the familiar character would become the name of their new business making handbags from surplus military fabrics.

In April 2014, R. Riveter opened a brick-and-mortar store in a charming historic building in downtown Southern Pines, featuring signature handbags, jewelry, and home decor — every item handmade by an “empowered and inspired” military spouse. Cameron gazes around the store, whose humble beginning was an attic sewing machine. “This was a bootstrap operation,” she says, using, of course, a military term.

While Lisa’s husband has left the military, Cameron’s husband is stationed at Fort Bragg, which is the home base for most of the “riveters” on the nationwide team. “Like the World War II Rosies,” Cameron says, “this is a community of women standing up to do their part.”