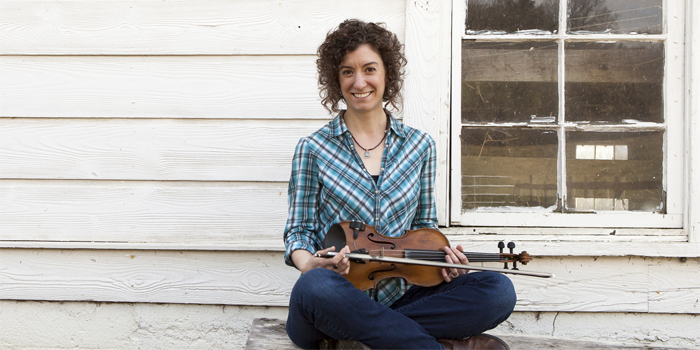 In the June 2013 issue, Heidi Coryell Williams spotlights an emerging singer-songwriter based in Swannanoa, Rayna Gellert. Williams looks at Gellert’s most recent album and notes:

“It is this mix of past and present, memory and music, that defines Old Light: Songs From My Childhood and Other Gone Worlds, the debut solo album Gellert released in 2012. A mix of old-time ballads and original songs, the album is deeply rooted in American traditional music and in the idea that memory — individually and collectively — is powerful and fragile.”

Hear the music from Rayna Gellert.

Listen to “The Platform” and “1845” from Rayna Gellert’s recent album Old Light: Songs From My Childhood and Other Gone Worlds in the audio player below. For updates, performance dates, and to purchase Gellert’s music, visit raynagellert.com.

Rayna Gellert grew up in a musical family, and has spent most of her life immersed in the sounds of rural stringband music, heartfelt gospel songs, and old ballads. After honing her fiddle skills playing at jam sessions and square dances, Rayna fell into a life of traveling and performing. Her fiddle albums are widely celebrated in the old-time music community, and she has recorded with a host of musicians in a variety of styles – including Robyn Hitchcock, Tyler Ramsey, Sara Watkins, Loudon Wainwright III, John Paul Jones, and Abigail Washburn.

From 2003 through 2008, Rayna was a member of the acclaimed stringband Uncle Earl, with whom she released two albums on Rounder Records and toured like mad. In 2012, Rayna released her first vocal album, Old Light: Songs from my Childhood & Other Gone Worlds, on StorySound Records. She is currently touring with songwriter Scott Miller as well as with her own band. She lives in Swannanoa, North Carolina.

Read more about Gellert at raynagellert.com.