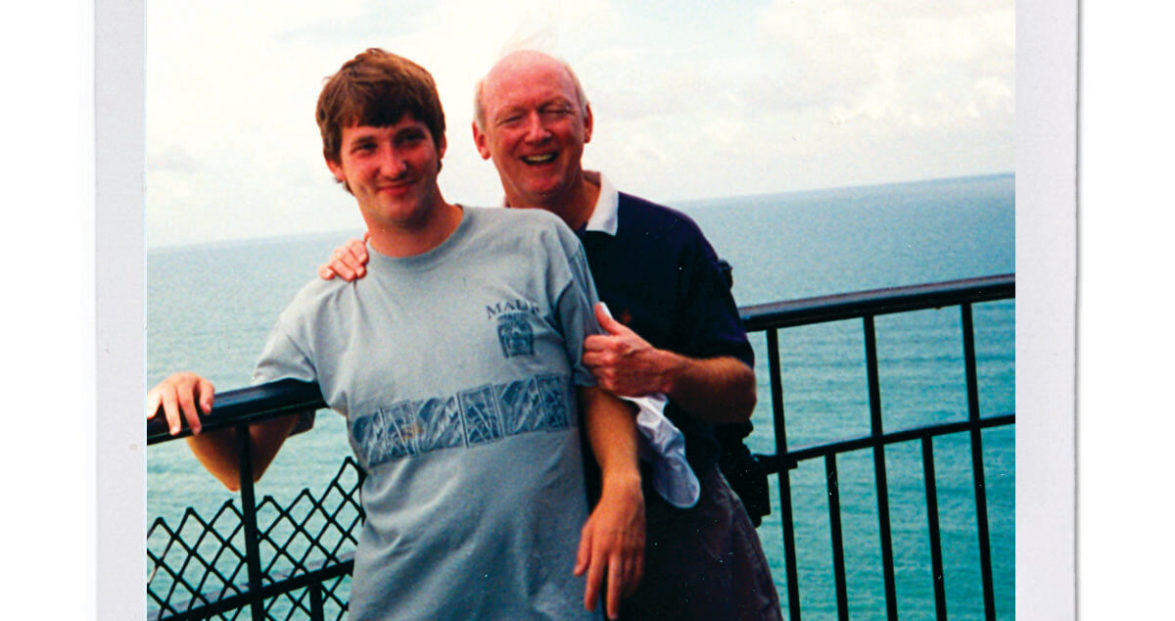 The trip begins, as usual, with Nat Walker taking the driver’s seat of his Buick LeSabre and his son, Jonathan, closing the door behind him, valet style.
Jonathan takes the passenger side.

The sun flickers through bare trees like a strobe light. They pass a spilling dam.

Jonathan says, “It is Sunday.”

Behind the wheel, behind his clip-on shades, Nat Walker knows two things. It is Sunday, and he is driving from his Greensboro home to Hillsville, Virginia. He has no idea how he will get there, and no clue how he will get back. Only Jonathan, his 38-year-old son, knows. Jonathan knows every road, every intersection, every turn. He uses no map. It’s all in his head.

Jonathan is autistic. He’s not a savant, like Rain Man, but he has astounding abilities. Tell him a date in history, and he will tell you which day of the week it was. Tell him you want to drive somewhere, and he’ll get you there and back, but you will not know where to turn until the moment arrives. He’s like a human GPS, says his mother, Linda.
Jonathan’s parents noticed his directional talent when he was 7, about three years after he was diagnosed with autism. Nat had just taken a public relations job with R.J. Reynolds Industries in Winston-Salem, and the family got lost while exploring the city. Nat was driving around when Jonathan said, “Turn left.” Nat turned left. Jonathan said, “Highway 65 is right up here.” Sure enough.

“That’s the first time I knew there was something distinct,” Nat says.

Old farm houses. New shopping centers. The stubble of tobacco sticks cut low in the field.
“We follow 150 until we get to U.S. 52,” Jonathan says.
“OK,” says Nat.
“I still want to have a pretty dinner in Hillsville.”
“OK, we’ll do it.”

Jonathan’s mother, a teacher, knew something was different when he was little. He mewed like a cat, instead of crying. He was slow to develop language. He wouldn’t look at people when they talked to him. He pitched tantrums, and moaned, and rocked, and shook his hands compulsively.

But he could read the daylights out of a book when he was 2. He solved complex puzzles. He memorized pictures and words and numbers. Any visual symbol, he owned. Buildings. Landmarks. Street signs in downtown Winston-Salem.

He added maps and atlases to his collections of videotapes, audiotapes, and TV Guides. He became the copilot on family vacations out west and to New England.
His father took him on occasional weekend trips. The white noise of the car seemed to soothe him. So did knowing that people depended on him.

The whoosh of wind dragging across the car’s metal skin. The ka-chunk, ka-chunk of tires crossing railroad tracks.
The click-click-click of Jonathan rewinding his ever-present Walkman. Strains of funk and classical leaking from his headphones.
“When we get to Route 52, we’ll go north, Dad,” Jonathan says.
“OK, we’ll do it.”
“It is Sunday.”
“Yes, it is.”

Now that Nat is retired, he and Jonathan take road trips about every three weeks, when Jonathan comes home from Carolina Living and Learning Center in Pittsboro, a vocational and residential program for autistic adults.

Jonathan’s mother does not go on the trips. Jonathan — who is sensitive to sound — thinks she talks too much. He would let her go if she promised to be silent, but going speechless for several hours is more than his mother can take. So, everyone agrees it’s best if Jonathan and Nat go alone.

Jonathan picks where they go. He does not talk about how he chooses.

Could be Reidsville or Yanceyville or Atlanta.

Last year, they went to Nags Head on the Outer Banks. They got out, walked on the beach, got back in the car, and drove home, an 11-hour jaunt. They make most trips in one day, even when they go out of state.

To Gatlinburg, Tennessee, and back.

To Augusta, Georgia, and back.

To Charleston, South Carolina, and back.

Jonathan does not always pick the shortest route for his trips — they went to Nags Head by way of Greenville and Lake Mattamuskeet — but Nat does not abbreviate the course.

He gives him natural places, too: Luray Caverns and Natural Bridge in Virginia, Bristol Caverns in Tennessee, and Grandfather Mountain with its famous swinging bridge.
“He loves to walk over that bridge and go up on the rocks and look out,” Nat says.

Jonathan does not talk about the scenery or what things mean to him. He just tells Nat where he wants to go, and Nat goes. Rain or shine. They drive about 40,000 miles a year. He bought the Buick, with its big-car ride, for that reason.

Yes, he gets tired of driving sometimes. No, you don’t want to talk to him when he gets home from a long trip. Yes, he’s ready to go again the next day.

American flags. Hay for sale. Fuzzy cattle on hillsides.
“We’re in the country,” says Jonathan.
Then, “It is Sunday.”
“Yes, it is.”

They have had only a few mishaps in hundreds of thousands of miles. Once, a car full of kids hit them, but no one was hurt. Once, a car-chasing dog ran into the side of their car. Once, they had a flat tire. Jonathan was upset. Nat changed the tire.

He does without the radio. Jonathan doesn’t want it to compete with his Walkman, plus a radio might distract Nat from something Jonathan says. If Jonathan speaks, and Nat doesn’t respond, Jonathan gets upset.

“I’m alert to what’s going on with him,” Nat says.

A former newspaperman, Nat can be gruff. His temper can be short. But if Jonathan reminds him of a turn as he sails past it, Nat doesn’t flinch. He calmly works his nicotine gum and turns the car around.

“You helped me again,” he says softly.

The bonding stuff of love.

A kid’s meal at Burger King in Hillsville, then about face.
Rhododendron in the shadows.
Rock cliffs weeping water.
Squirrels’ nests and mistletoe in high relief above.
“Dad, I plan to turn off N.C. 65 at 66. We go south on 66.”
“OK.”
“It is Sunday.”
“Yes, it is.”