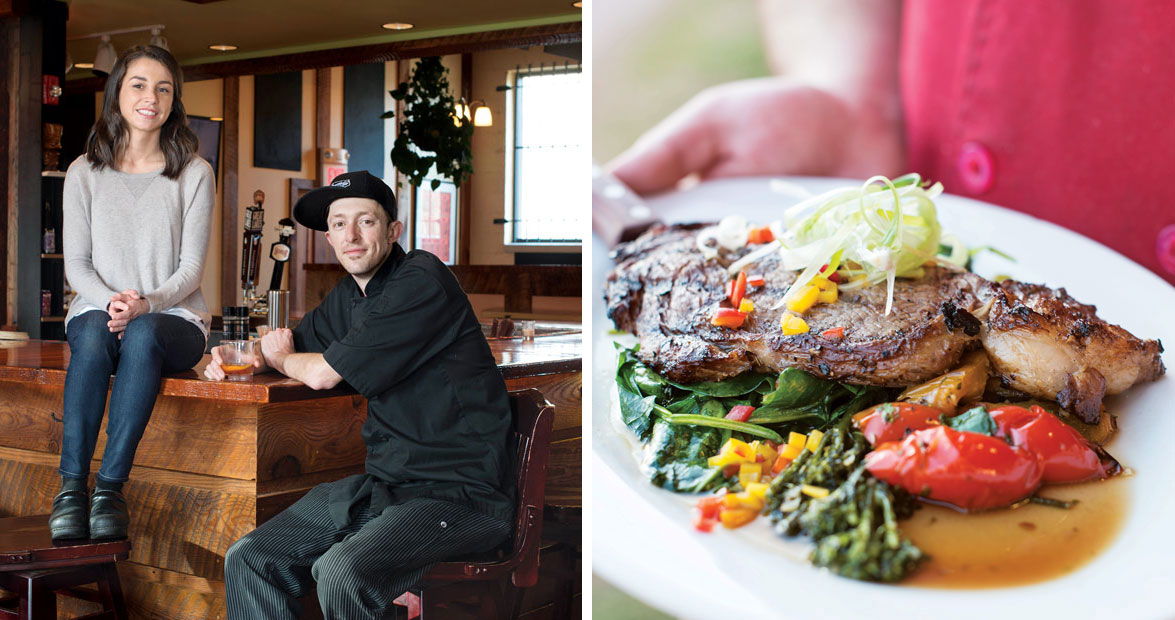 Robinson Ferry opened a week before Michael Ring moved to Warrenton in the summer of 2012. A coincidence, maybe, but Ring sees it as something like fate. Now, he sits at the restaurant’s bracket-shaped bar as the lunch crowd whirls around him.

“I feel like it opened just for me,” he says. “I made a lot of friends at this bar. I met my girlfriend at this bar, sitting right where we’re sitting now.”

And then, just a few years after it opened, Robinson Ferry closed.

“When this place went out of business, it was like …” He sighs. “The town needs this. This is the social spot.” For him and for countless others. Well, you can almost count them. Warrenton is home to fewer than a thousand people, so a restaurant with a bar becomes as much a place to eat and drink as a community center, a gathering space, a second home. 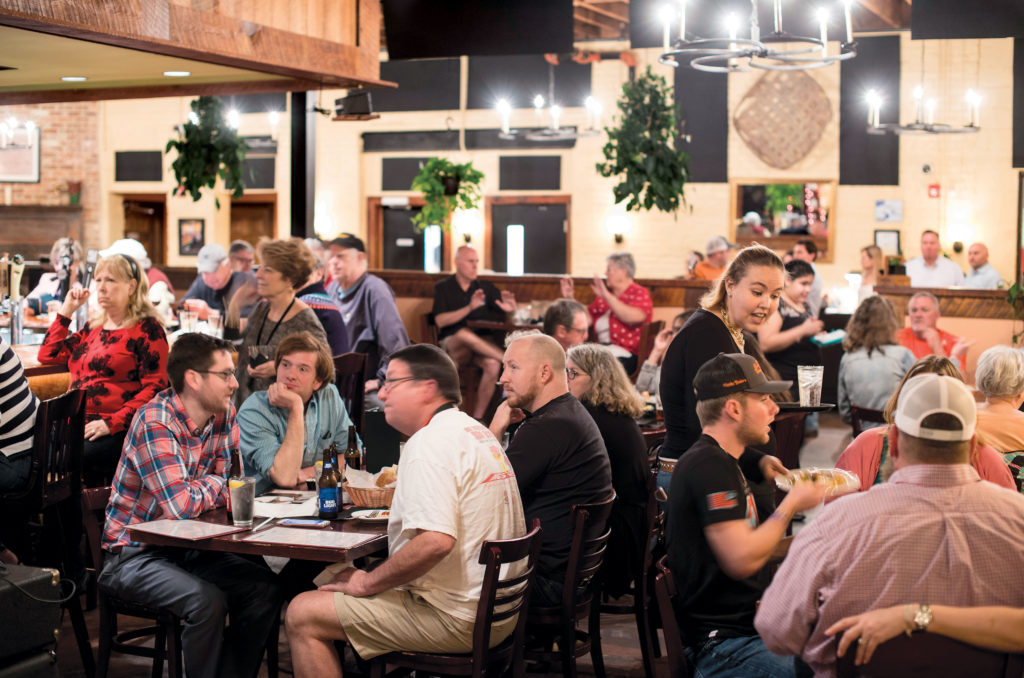 Robinson Ferry is a second home for Warrenton residents. photograph by Lissa Gotwals

Little did Ring know then that he and his girlfriend, Angela Whitney, would be instrumental in reopening it. Both worked in the food business: He served as general manager of the Burger Barn, a beloved local eatery, and taught classes for Cooking Matters, a national program from the hunger-relief organization Share Our Strength. She had done everything from running a Japanese steakhouse to tending an organic farm in Granville County.

Add up all those experiences, and they amount to an obvious fact: Ring and Whitney thrive in the hospitality industry. And the local investors who wanted to revive Robinson Ferry took notice.

There are beef and smoked pork egg rolls with sweet pepper jam, and bacon cheeseburgers with barbecue-smoked onions. And for all of the regional classics — from pork skins to fried green tomatoes — there are plenty of Cajun and Creole twists and turns, like blackened shrimp and andouille sausage nachos. 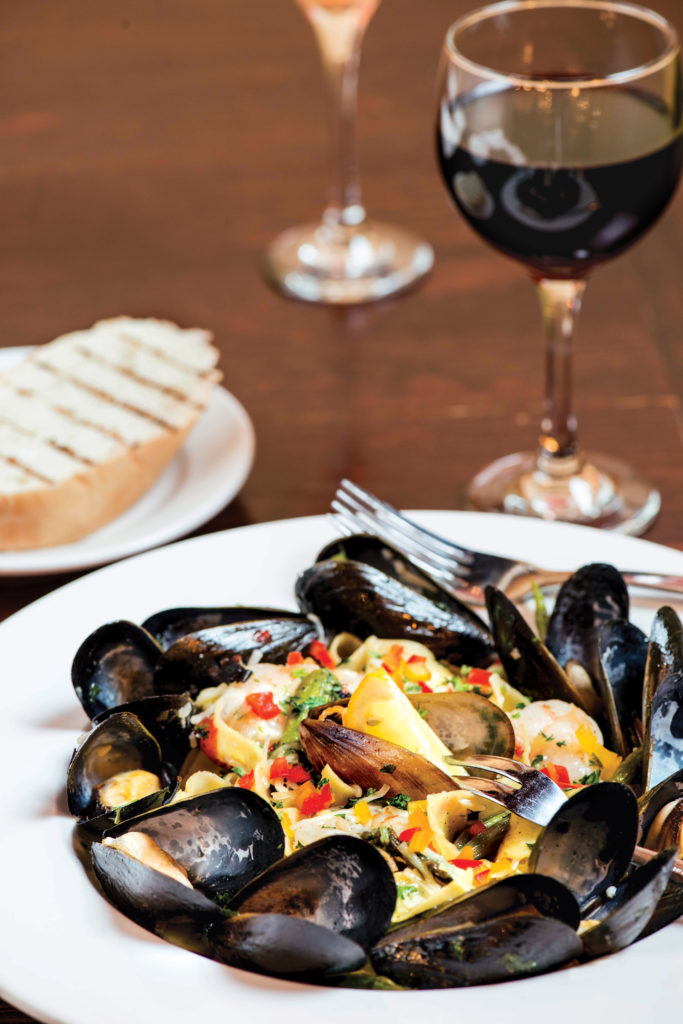 Ring and Whitney visited New Orleans in 2016, a short trip that she remembers, with a wide grin, as a life-changing experience. “The whole scene down there is just something else,” she says. They chased down classic cocktails, like a Sazerac at Brennan’s and a French 75 at Arnaud’s French 75 Bar.

This adoration for old-school drinks — and the history behind them — is what makes Robinson Ferry’s bar stand out, from a fuss-free Old Fashioned to a tiki-inspired Mai Tai. It’s also what brought Ring and Whitney together when they met. When asked if they can remember what they were drinking that night, they look at each other, laugh, and say the same thing: “Probably a beer!”

That’s what draws Warrenton residents to Robinson Ferry: The restaurant suits whatever mood you’re in — whether it’s a celebratory occasion or just a night to say “cheers!” with a few neighbors or a new friend. That sense of connection is what Ring and Whitney try to re-create every night, because it’s what made Robinson Ferry special to them in the first place.