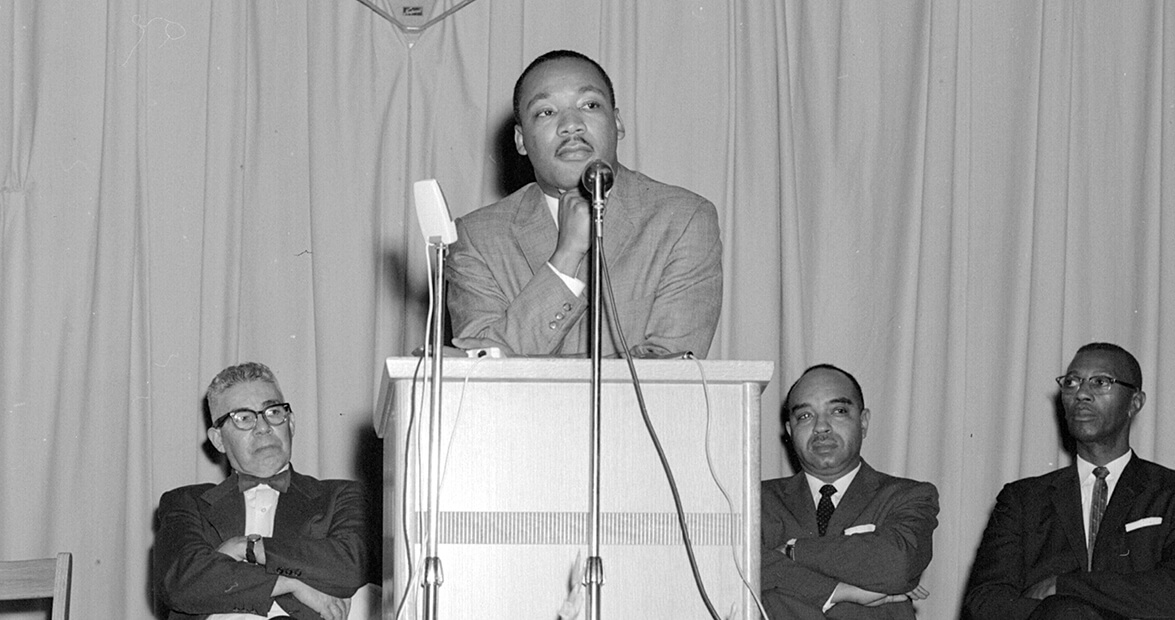 The 1962 recording is slightly fuzzy. The microphone makes the voice inside the gym of Rocky Mount’s Booker T. Washington High School sound tinny. But the voice is familiar, and the words ring out clearly: “I have a dream.” On November 27, 1962, Dr. Martin Luther King Jr. spoke that iconic phrase in Rocky Mount, a full nine months before it was immortalized at the Lincoln Memorial in 1963. In a speech that was both sermon and civil rights address, King spoke to a crowd of 1,800 people, using several phrases and rhetorical devices that would become famous in his later speeches, including “Let freedom ring” and “How long? Not long.”

When King later made his landmark “I Have a Dream” speech during the March on Washington, some of the things he’d said in Rocky Mount had been moved around, and it was crafted to suit a larger audience, but the meaning behind the words and many of the words themselves were the same. In 2013, the original recording, a 1.5-millimeter acetate reel-to-reel tape, was found at Braswell Memorial Library in Rocky Mount by NC State University English professor Dr. Jason Miller in the course of his research. Tape bent and reel cracked, the recording sat in a box humbly labeled in pencil: “Please do not erase.” It was carefully restored, and the historic speech was preserved for generations to come.

Listen to excerpts from the Rocky Mount speech and hear people describe how the address changed their city in this episode of Our State’s podcast, Away Message: