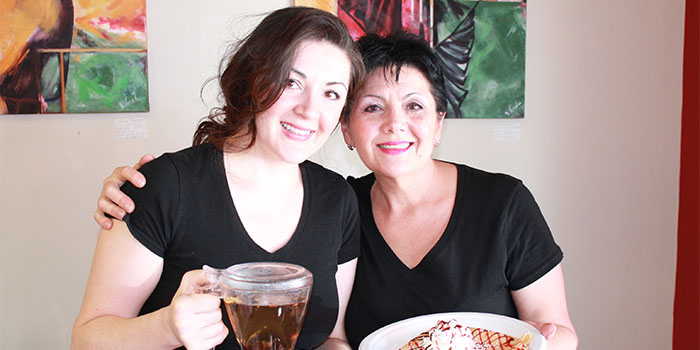 Sweet and savory crepes, specialty coffees, and loose-leaf tea are on the menu at a new café and creperie that is receiving a warm reception from customers.

Alexis Botero and her mother, Elena Mizrahi, are the proprietors of Royal Café & Creperie, which opened in February in downtown Matthews, just outside of Charlotte.

They have a long history with crepes. While growing up, Botero spent a lot of time with her maternal grandmother, Nina Karpova.

“She used to make me crepes in the morning, and she would make them usually with a little bit of butter and maybe some cream, and I refused to get out of bed sometimes until I got a crepe,” Botero recalls.

Botero was born in Russia and immigrated to the United States in 1995, settling in Michigan. The crepes her family prepared won positive reviews from friends.

Botero says, “When we moved here to the U.S., we used to invite people over, and they would always say, ‘Oh, my gosh, your crepes are so fantastic. Why don’t you open up a creperie?’ ” 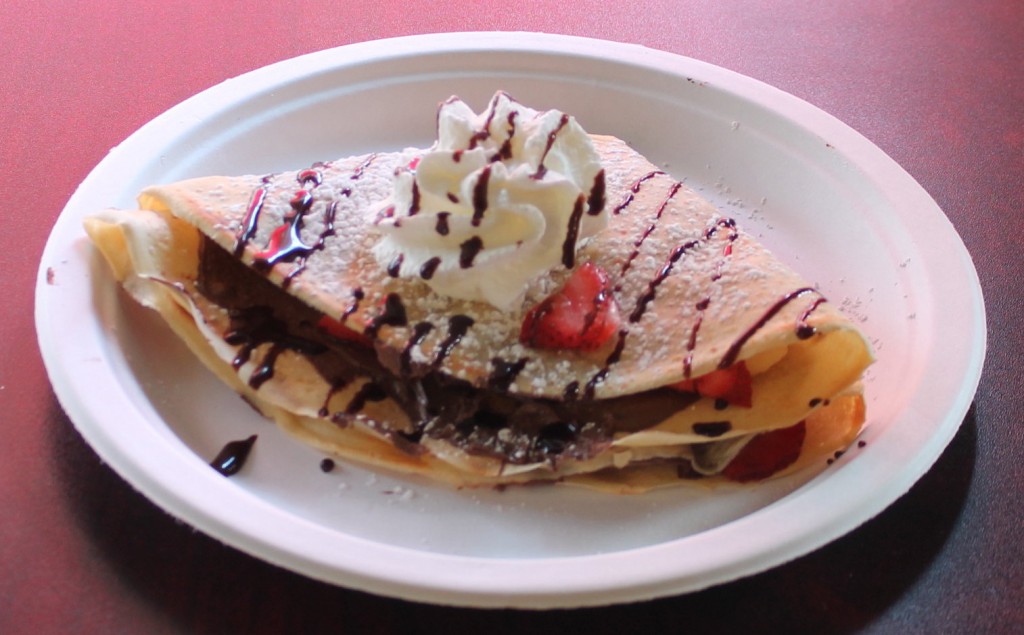 A dessert crepe is ready to be served at Royal Café & Creperie in Matthews. photograph by Hope Yancey

After moving to North Carolina, Botero and Mizrahi finally took that advice. It required lots of practice to perfect their crepes because crepes can be challenging to make just so, Botero says.

Botero’s grandmother once told her that, back in the old country, “The women used to pray that their batter would come out right,” she says, in hopes of happy guests.

The approach to food is different there, Botero says. For instance, tea bags are not common in Russia. Loose tea is preferred instead.

Mizrahi, who was a journalist in Russia, says that crepes filled with farmer’s cheese and cherries or dried fruit were traditional wedding foods.

“Since I graduated from journalism college, it was my goal to help people,” Mizrahi says. She believes she is still helping people, only in a different way now. Starting a customer’s day with a fresh breakfast and good cup of coffee is important, she says. 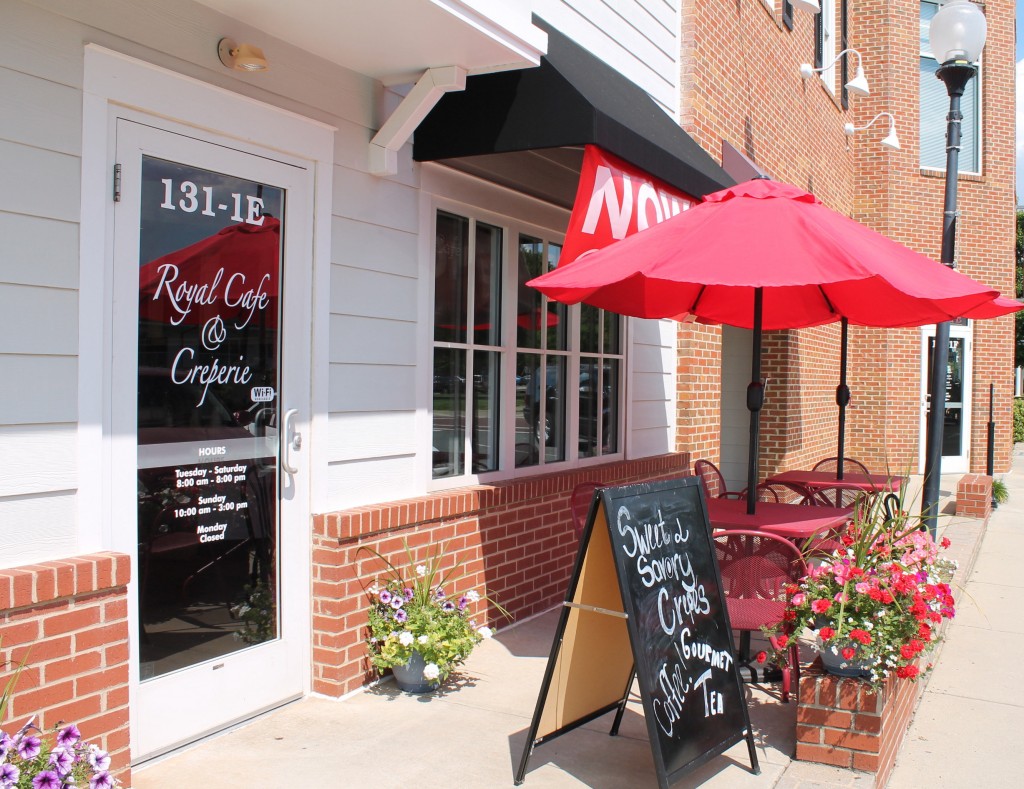 Royal Café & Creperie in Matthews has been open since February 2013. photograph by Hope Yancey

Botero cites the turkey and bacon crepe – with cheddar cheese, avocado, and other fillings – as a best-seller at breakfast.

What is Botero’s favorite crepe? “I have a sweet tooth, and I love the Nutella with bananas and the peanut butter,” she says. “It’s not on the menu, but I feel like it should be.”

Prices range from $5.75 for a simple crepe of egg and cheddar to $9 for the Philly cheese steak crepe.

William Joyner and Abbey Birchfield are two new customers at the shop on a recent afternoon. Joyner describes the “incredible flavor” of his meal. Birchfield says she has never had a crepe before. “It was really tasty,” she says.

The business is attracting notice from local school groups, too, and recently hosted students from French and culinary arts classes hungry to learn about crepes.

The Charlotte area’s Southern hospitality already is making an impression on Botero. “I’ve never been in another place where people are this nice, this friendly, this willing to help,” she says.