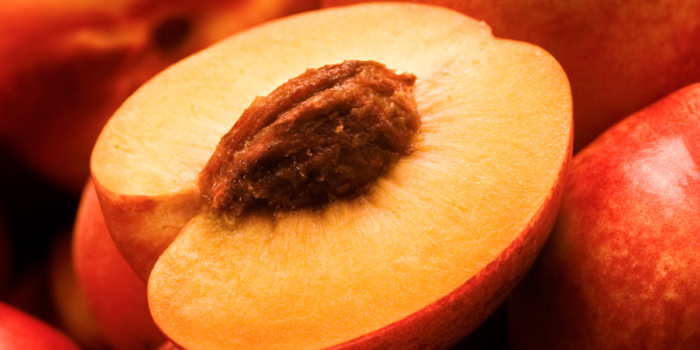 Crust: Toss flour and salt together in a large bowl. Cut diced butter into flour using two knives or a pastry blender. Be sure to disperse the butter throughout the flour; do not blend it in. Once the butter cubes are the size of small peas, slowly add water by the tablespoon until dough forms a shaggy mass. Dough should not be wet and should barely hold together. (Dough can also be made in a stand mixer fitted with the paddle attachment.) Divide dough into 4 equal-sized balls, and wrap each individually in plastic wrap. Refrigerate dough at least 30 minutes.

Filling: Preheat oven to 400°. In a large bowl, toss peaches with sugar, lemon juice, and vanilla; set aside. On a lightly floured surface, roll out each chilled dough ball into an 8-inch round, about 1/4-inch thick. Transfer rounds to 2 parchment-lined baking sheets, and mound equal portions of filling into the center of each tart. Fold the edges of the dough in toward the center (dough will cover part of filling), pinching and folding to create a pleated edge. Brush crust with egg mixture, and sprinkle sugar over crust. Bake for 30-40 minutes or until peaches are tender and crust is browned.

This recipe first appeared in the August 2008 issue of Our State Magazine.