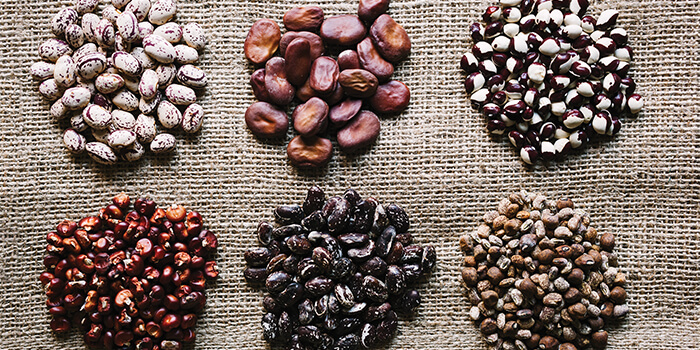 When spring arrives — finally! — and with it serious planting season, I’m ready. So are some of the plants I started from seed in the depths of winter. They’ve been growing for a couple of months, in Dixie cups and other containers, on windowsills and counters throughout the house.

Gardening from seed is all about promise and potential. A seed itself is, after all, a promise made by a mature plant, tucking information about itself into a compact vessel for transmission into the future; ending and beginning a life cycle all in one small package. A seed is a way of connecting yourself to the entire cycle of your garden, and to the whole history of agriculture and horticulture. Millennia ago, seeds (and tubers) were where it all started.

While the convenience of buying an already-growing — perhaps even flowering — tomato or pepper or squash plant from a nursery or big-box store rack is undeniable, the purchase brings the gardener into the process well into the cycle. Starting plants and flowers from seeds puts gardener and gardened on the same, as it were, ground.

For one thing, those racks of ready-for-the-ground plants don’t emerge in stores until the season is well begun, when all (or most all) danger of winter is past. It’s a springtime and summer activity, and an enjoyable one: a trip to the plant store, a flat or two of the desired vegetables or flowers purchased, some beds and holes dug and prepared, purchases placed in the earth. Instant garden.

The seed gardener knows a different, longer rhythm. While many seed gardeners, myself included, also make those spring journeys to the nursery for well-started plants, the seed gardening season begins for us far earlier. In some ways, it never ends.

Planning to grow vegetables and flowers from seed involves, well, planning. There is a place — and I have plenty of them — for impulse-purchased seeds, packets grabbed from displays you encounter on your way to buying something else. But once the impulse to grow from seed takes serious root, the gardener begins to develop a longer perspective. And a larger sense of the universe of seeds.

For one thing, it’s a large universe, as a glance at any good seed catalog — or website — will show. Some of the seed catalogs I receive are as thick as a small-town phone book — and a couple are thicker than that. Their contents? A multitude of melons, scores of tomatoes, a profusion of peppers, a variety of virtually every vegetable you’ve ever heard of — and some that are new to you. The pages of a seed catalog are a reminder of how limited the selection of vegetables we’re offered by our supermarkets. Not to mention the difference between a store-bought tomato and one plucked fresh from a vine in your own garden.

But seed catalogs and sites are far from the only sources for seeds. And, as much as I love the catalogs every year, and as much as I buy from them, they aren’t my favorite seed sources. Those would be the feed ’n’ seed stores, once a staple of every city, small town, and busy crossroads throughout the state.

I’ve been in countless such stores over the years — small ones near Denton, Liberty, Colfax, larger ones near Asheville, Raleigh, Greensboro. Admittedly, many of the feed ’n’ seeds that I’ve visited over the years have gone out of business. Those that remain have changed with the times, carrying more and more pre-packaged, name-brand seeds, often on display racks provided by the seed company.

But there are still some that continue to array their seed selection in plastic buckets, wooden bins, and Ball jars, ready to be examined, touched, scooped into paper sacks, weighed on a scale if the order is large enough, priced by the scoop if not.

I like the fact that you can see the seeds themselves. Although catalogs and Web sites offer enticing images of the seeds’ end products, simply looking at the physical variety of seed types — small, large, round, pointed, flat, smooth, wrinkled — is a lesson in diversity. Find a feed ’n’ seed or garden store that has a variety of peas on display, and you can see how  Gregor Mendel began to cultivate the ideas, transformed into reality in his garden, that became the fundament of genetic science.

The variety of seeds in a good feed ’n’ seed produces a variety of tools for measuring them out for customers. Small seeds — turnips, collards, carrots — call for a small scoop, often not much bigger than a thimble. The price is generally small, too; I’ve bought a scoop’s worth of carrots or turnips for a quarter within the last year.

Larger seeds — peas, beans, corn — call for a larger scoop. I knew one feed ’n’ seed store whose large seed scoop could handle a pound of seeds, was handmade of wood, and had been in continuous use for more than a century. It was always a pleasure to get a quarter or half-pound of beans or peas, watching the store owner dip the scoop into wooden bins of the same vintage as the scoop, measure out my purchase into a bowl resting on a scale, which was not, let me assure you, a digital scale. Most of the feed ’n’ seed operators I’ve met don’t really need the scale —  they know how a quarter scoop of Kentucky Wonder, say, weighs —  they’re generally accurate without one.

The process speaks to me of earlier times, and  reminds me of my grandfather, who, on his farm near Denton, first taught me how to plant seeds (hold it between thumb and forefinger, press it gently into the ground, not too far).

Most of what I find in feed ’n’ seed stores comes from large commercial seed companies, undoubtedly grown with all of the chemical assistance that I generally try to avoid. The proprietor should be able to tell you at least something of the seeds’ heritage and nature, whether or not the seeds have been chemically treated in any way, whether their seeds can be harvested for use the following year, and what sort of luck local gardeners and farmers have had with different varieties.

But in addition to information about the seeds you’re buying, you’re likely to get an earful — if you invite it, generally, but sometimes unsolicited — of comments on politics, the local social scene, the ups and downs of business, and the weather, always the weather. Feed ’n’ seed stores — and the feed and seed corners of some hardware stores and country groceries — are convivial spots. I like standing and listening there, as well as shopping and buying.

Occasionally in feed ’n’ seeds, I’ve come across some heirloom, untreated seeds, locally grown and saved, one year to the next. I’ve found interesting seeds in the gift shops of historic homes, museums, state and national parks. More frequently, though, I find local heirloom seeds at natural foods stores and co-ops, farmers markets and garden stands, gardening clubs and discussion groups. I almost always buy a packet or two — generally five or six seeds in a small Ziploc, the small number a further indicator that these seeds and their preservation are personal labors of love far more than of commerce.

Seed exchanges and seed saving organizations are the best way to guarantee a seed’s pedigree, and as the sustainable agriculture movement has grown, so has the number of such organizations and exchanges in North Carolina. Check the Web or ask around, and you may find an exchange in your own backyard, or close enough to be worth a visit. (And if you do decide to drive to a potential seed source, I’d recommend taking back and country roads — that’s where many of the feed ’n’ seed stores still flourish.)

You may wish to start saving your own, particularly if you come across a variety that you really like. This is where the seed’s pedigree becomes vital. The majority of commercially grown, packet-bought seeds won’t repay seed saving: the plants are unlikely to set fruit the second year. There’s little percentage in seed corporations producing seeds that don’t have to be repurchased every year.

But with heirloom seeds, this year’s plants become potential sources for next year’s seeds, and thus the seed gardener’s cycle extends beyond the end of gardening. Next year is always on every gardener’s mind. But for those who grow from seed, next year’s garden always begins this year.

Cleaning and putting away the garden tools after harvest is also the time for gathering the final round of seeds from fall crops and preparing them for storage over the winter. The arrival of holiday cards roughly coincides with the first seed catalog deliveries.

Clearing away the New Year’s leftovers often accompanies the first steps toward setting the season’s earliest seeds, perhaps testing their viability by placing them on a damp paper towel to see what germinates. By Groundhog Day, and often much earlier, the first containers of seeds are placed under grow lights or on windowsills, and the wait begins. Patience plays a large part in seed gardening.

Eventually — in a few days to a couple of weeks — depending on the seed, the moment arrives when the patience and the planning are rewarded, the promise redeemed. That moment when the seed’s first growth emerges — the radicle reaching down to begin forming roots, hypocotyl reaching up and ultimately pushing through the surface — is a moment to be treasured.

For in that moment, and in the husk of the seed that is often carried up and out of the soil to be discarded, its job done, as the new plant’s cotyledonary  — that is, first — leaves open and expand, the plant is on its way. In that moment, for me and for many from-seed gardeners, the cycle is complete — and, at the same time, is once more begun.

Keith Ferrell has more than a dozen published works including science fiction/fantasy, biographical, and video game guides. Ferrell was also editor of the popular Omni magazine in the 1990s. This story appeared in print as “Simply, Seeds.”