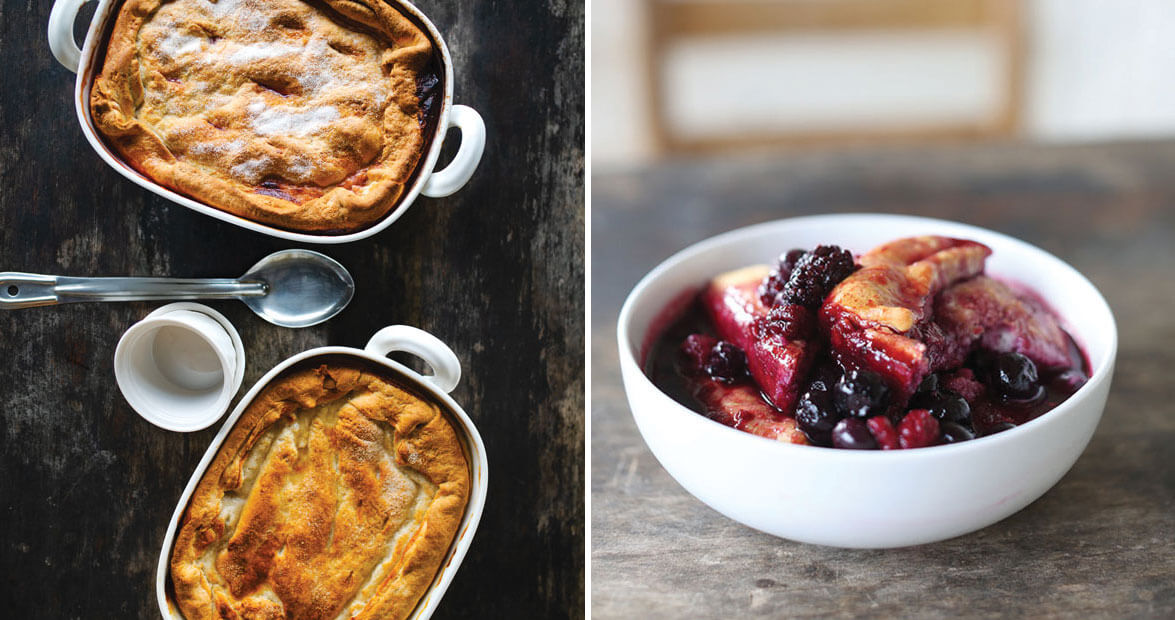 Pam Foy has stepped into very large shoes at Rockford General Store: She’s taking up the making and baking of sonker, the sorta-pie, sorta-cobbler dessert found only in Surry County — unless, Foy says, “some grandma moved to Wilkes County and took the recipe with her.” Foy helped her sister-in-law Carolyn Carter make sonker until Carolyn’s death in 2018.

Carolyn learned her own sonker secrets from Mrs. Catherine Hutchins — look for her picture on the wall. Carolyn’s husband, Paul, explains that sonker was “always around because it was easy to make, fed a lot, and was inexpensive.”

In the store, big glass jars are filled with old-fashioned candy, but customers come for servings of peach, sweet potato, cherry, and berry sonker to eat right at the oilcloth-covered table or take home for later. The 200-year-old Scotch-Irish tradition — no one knows the origin of the name “sonker” — calls for a plain pie crust on the sides and top of a bowl, fruit mixed with sugar, a bit of butter (“more for sweet potatoes,” Foy says), and 40 minutes in the oven. Warm fruit juice soaks the crust, and cold ice cream makes it perfect.