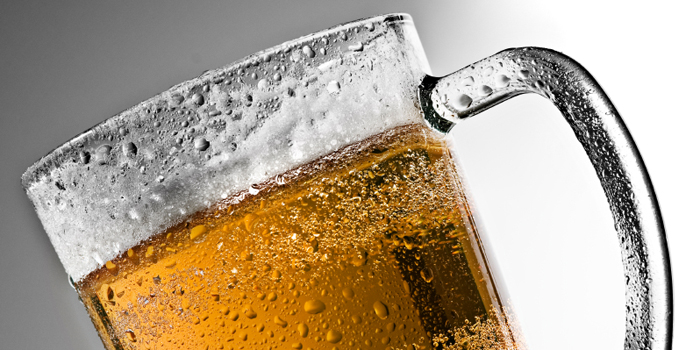 The autumnal season has always had a special place in my heart – my birthday is in October (as is my wife’s), and so’s my anniversary – but I most appreciate fall as an adult and a foodie. For me, fall means visiting my favorite North Carolina breweries to enjoy the reappearance of pumpkin ale and those delicious dark beers – porters, stouts, bocks – that you don’t see in summer.

Which brings me to this: recently I’ve read a number of articles online about craft beer that utterly ignore North Carolina. A piece on TheStreet.com, a website that deals largely with finance, addressed the 10 Fastest-Growing Craft Breweries in the U.S., none of which were in North Carolina. Another story on The Huffington Post called The States With The Best Access To Great Craft Beer also left North Carolina out of the picture.

I had to ask myself why. With Asheville’s long running, and recently lost, title of “Beer City USA;” with Duck Rabbit and Foothills and Fullsteam and Mother Earth producing some fantastic beer; with the appearance of more and more craft beer bars and specialty shops across the state from the Outer Banks to the deep mountains, how could we be ignored?

For TheStreet, I understand why we’re not on there – it’s purely a numbers game and there are some fast-growing, aggressively marketed breweries out there. Even with Huffington, I can see how we aren’t mentioned – they used RateBeer’s 2013 list of the best brewers in the world to identify the top 20 American beers and then they cross referenced it with Seek A Brew’s brewery distribution index, which lists, by state, the craft breweries with products available.

Two things come up for me on these lists. On RateBeer’s rankings, you have to dig down to number 79 before you find your first North Carolina Brewery, Foothills Brewing in Winston-Salem. Our only other brewery, The Duck Rabbit Craft Brewery, in Farmville, is number 84. These are the top 100 breweries in the world, so to even get a mention is an honor, but it still doesn’t sit well with me. To overlook at least a half-dozen NC breweries that I believe put out better beer than some higher-ranking breweries such as Anchorage Brewing Company, ranked 18th, and B. Nektar Meadery (which makes mead, the fermented honey drink from Beowulf, not even beer), ranked 31st, is a shame.

Same with Seek A Brew. Looking at the pure numbers, North Carolina has better access than Vermont to the top craft brewers, yet Vermont received the top spot in the Huffington Post article.

Then there’s the USA Today article that lists the top 15 craft beer breweries in the USA, and another piece on TheStreet.com that looks at 10 Brewpubs Calling for a Taste (or a Flight) in 2013. Both of these articles used reader polls, comments, suggestions and ratings from RateBeer to determine their top choices. North Carolina is, again, nowhere to be seen.

A call for change

That’s my final disappointment, and it starts with me. The reason we weren’t included is because we didn’t use our voices. No one stood up to say, “Look at Mother Earth Brewing in Kinston,” or “Check out Wicked Weed’s new taproom in Asheville” (which is awesome, by the way). As a food and travel writer and champion of North Carolina, as a voice on Our State Eats, Facebook and elsewhere, I should have written about this sooner, spoken a little louder, and called for more beer lovers and North Carolinians to stand with me. That’s why Asheville lost her crown as “Beer City,” a popular vote contest held online. Foodies and writers like me didn’t stir the pot; we neglected to shine the spotlight on the best that North Carolina has to offer.

No more. Tourism is vitally important to this state and travel for food, wine and beer is a fast-growing market. We have the cities, towns, restaurants, wineries and breweries to draw new in-state and out-of-state visitors every month. If we don’t speak up about all the great food and drinks North Carolina has to offer, Asheville’s outstanding food scene stands to stagnate, Wilmington’s growing food community will shrivel on the vine, and your town’s best gastronomic offering will go unnoticed.

I, for one, am not going to let that happen. Who’s with me?