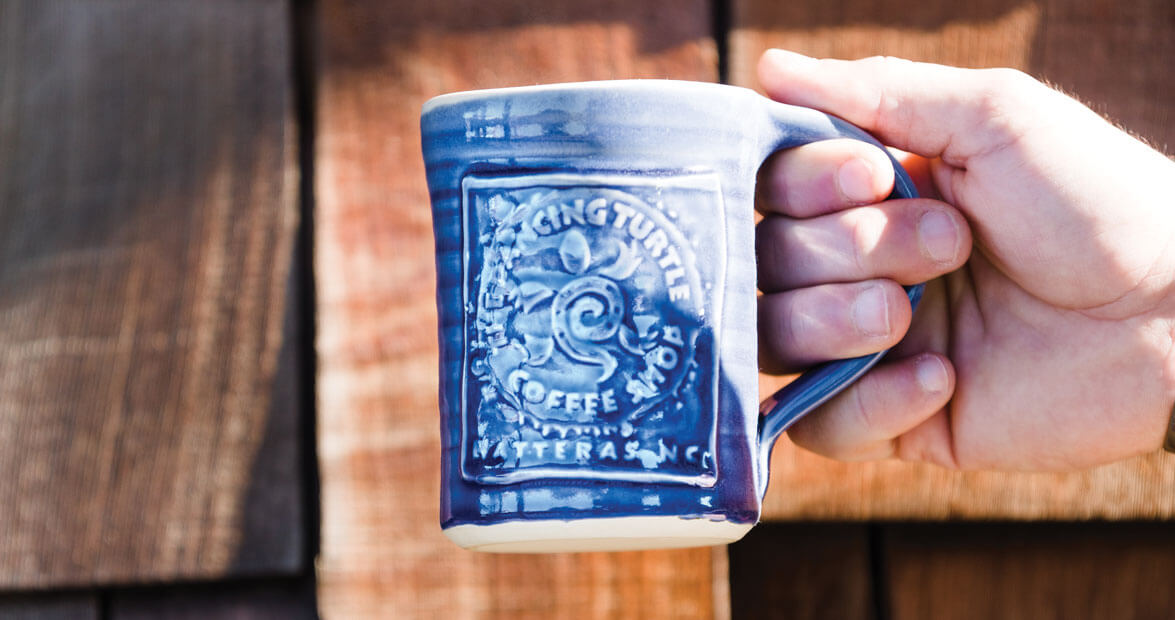 Everyone knows that coffee from your own mug tastes best: At The Dancing Turtle, they’ll keep your mug from home on the shelf and your favorite coffee stocked. Staff members greet customers by name as they serve cappuccinos and espresso, smoothies and Italian sodas, coconut crunch coffee and sticky buns. Regulars like the “round table” group and the “breakfast crew” come to sip and socialize every day.

When Brian and Evan Scall bought the shop — a quaint cottage-turned-café in the heart of Hatteras Village, overlooking the marina — back in 2012, they were relatively new to the Outer Banks but already loyal fans of the coffeehouse. (A year earlier, they had made a split-second decision to satisfy a chai latte craving — a serendipitous step toward what would soon become their new career.)

The couple was keen to establish a sense of community in their new hometown, so when they heard that the shop was closing, Brian looked at Evan and asked, “Are you thinking what I’m thinking?” She was. Nearly seven years later, the gathering place they dreamed of as newcomers has become a reality, and the Scalls have learned the value of pouring love into their community.