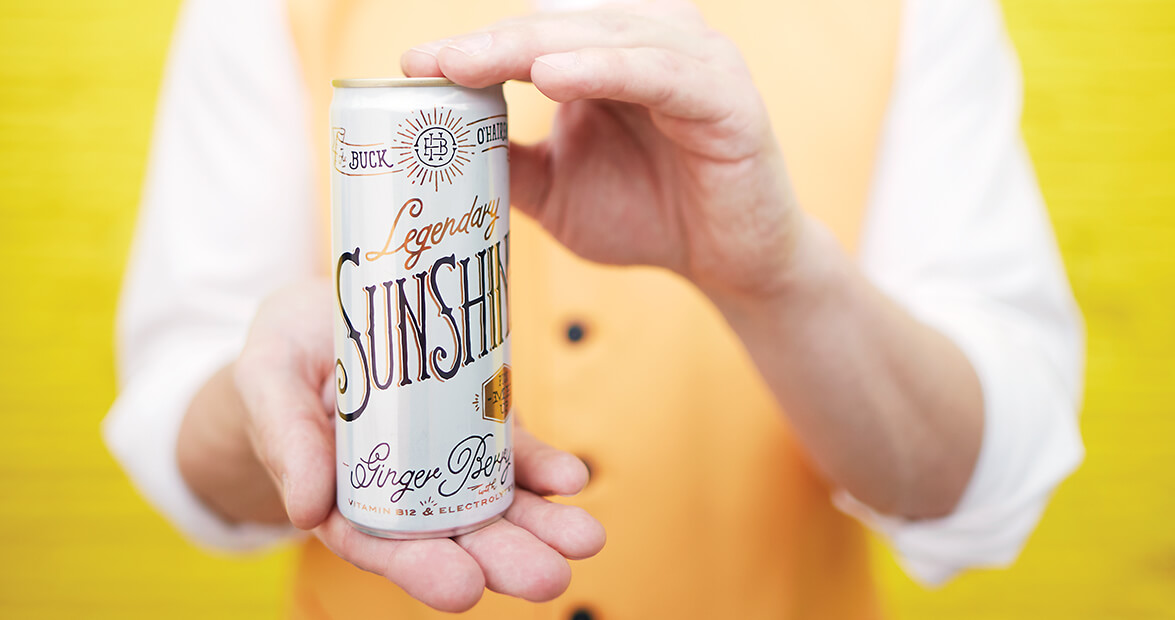 There was a legendary, prolific — truly epic — moonshiner from ’round Pilot Mountain way named Buck O’Hairen. Everyone bought their 100-proof rotgut from Buck. But Buck was no fool. When he realized that the revenuers would ultimately win, he decided to throw a giant bash — one so giant, in fact, that a fire started and burned for 30 days.

When Buck finally woke up, he suffered from the worst hangover in history, and vowed then and there that he was finished with moonshine. From there on out, he would cook up moonshine’s antidote, a drink that made people feel good afterward, instead of lousy. He went from moonshine to sunshine.

What, you’ve never heard this piece of North Carolina history? You know nothing of Buck O’Hairen?

There’s a good reason for that: This is one tall tale — taller than Pilot Mountain — created by two admen from Winston-Salem.

“We uncovered Buck’s recipe and were impressed with his attention to detail,” Joe Parrish says, not quite suppressing his chuckle. And that, as the old punch line goes, is Sunshine’s story, and they’re sticking to it, even if it’s fiction.

• • •
These days, a beverage that comes in a slender, 8.4-ounce, fingers-can-wrap-entirely-around-it can is instantly associated with drinks like Red Bull.

But for plenty of people over the age of 25, glugging from one of those cans sends a message they’d rather not communicate: I’m tired, I’m hung over, I’m desperate, I wish I were 24 again.

“If I were to walk into a meeting with a Monster can, people would say, ‘Who is this clown?’ ” Parrish says. 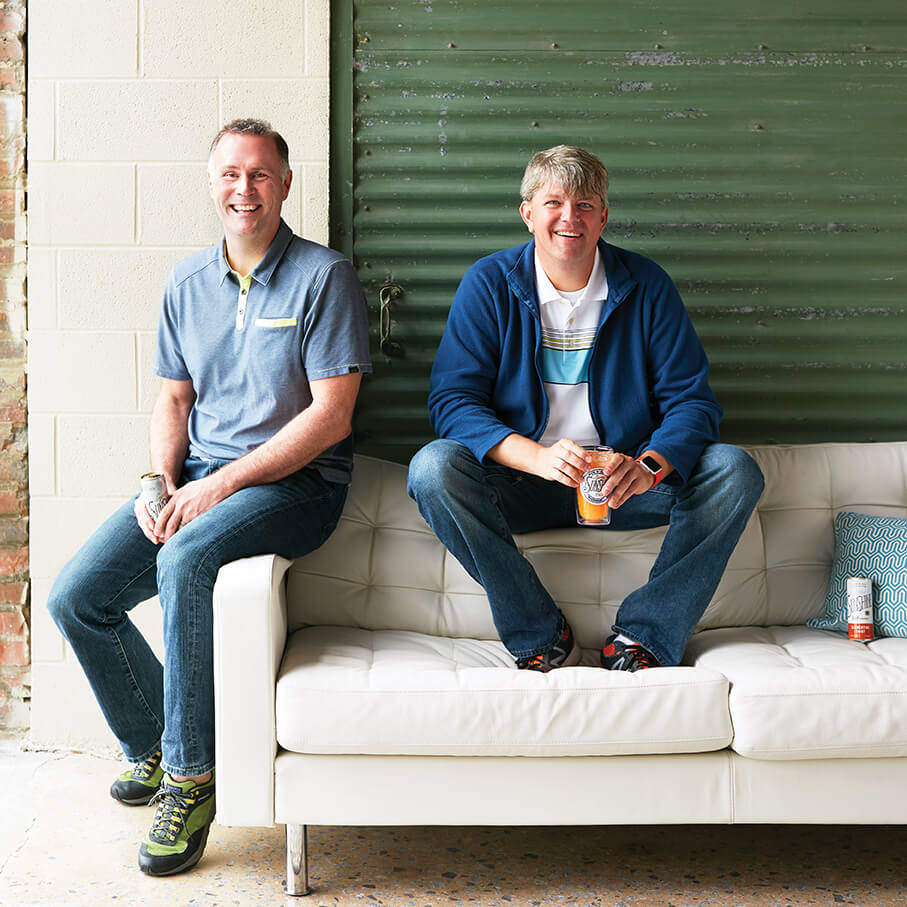 Keith Vest (left) and Joe Parrish, who own an ad agency, invented an energy drink and the legend behind it. photograph by Stacey Van Berkel

• • •
The folklore behind the drink extends to the can’s appearance, with its quasi-historic, nostalgic look of handwritten fonts and scripts, lettering and phrases. “Genuine Article,” it proclaims, and you nearly expect the Sundance Kid to have penned a blurb on the friendly white, gold, and black can. No electric blue or acid green here. The idea was to mimic the look of the products sold by traveling salesmen out of the backs of wagons.

Though they’ve received requests to sell Sunshine in Colorado, Parrish and Vest are focused on the Triad and Triangle in North Carolina.

“We thought we could create a really great brand from our roots and our heritage,” Vest says. “We love the South, and identify with Cheerwine and Sun Drop and RC Cola.”

• • •
Although Sunshine isn’t marketed to be a cure-all, it does contain vitamin B12 and as many electrolytes as a fluorescent Gatorade. A new flavor, Clementine Twist, contains 200 percent of the recommended daily amount of Vitamin C. And Blueberry Lemonade, also new, is fueled by organic caffeine, made from organic green coffee-bean extract. Meaning that what was good for Buck O’Hairen’s morning-after will work for yours, too.

“We’re in between a soda and an energy drink,” Parrish says, and indeed, their drinker demographic includes both millennials and boomers. Often, when people feel fatigued or crave sugar, they’re really just dehydrated. That made Sunshine’s creators very intentional about the ingredients. A plan for sugar-free was eliminated when stevia, despite being a healthier sweetener alternative, left a definite aftertaste. “Nobody really owned the ginger category,” Parrish says, “and mixing it with caffeine was interesting.”

Sunshine is partnering with bars and appearing in the hands of mixologists all over Winston-Salem. “Put your stamp on a Sunshine cocktail,” the barkeeps have been challenged, and the results have been all over the cocktail map, from Tex-Mex margaritas to a blend of beaten egg whites, orange zest, Sutler’s gin, and Sunshine at The Honey Pot restaurant.

Sometimes it’s hard to be both healthy and happy (consider kale). Sunshine promises to “bring brightness to your belly,” plus “a healthy dose of optimism,” and this boomer can’t deny that I felt better after drinking one. Doesn’t every soda need a story? Buck O’Hairen’s is pretty easy to swallow.

WHERE TO FIND SUNSHINE: A full list of stores is available at drinkthesunshine.com.

These North Carolina soda makers are creating flavors for a new generation.

Waynesville Soda Jerks
Chris Allen and Megan Brown, known as “The Jerks,” started out by selling their natural strawberry-rhubarb and Concord grape sodas at the Waynesville farmers market. Now, the drinks are so popular that these and other seasonal flavors are available in taprooms, bakeries, and small grocers in Asheville and Waynesville, as well as at the couple’s retail shop. It’s open Fridays from 10 a.m. to 6 p.m.