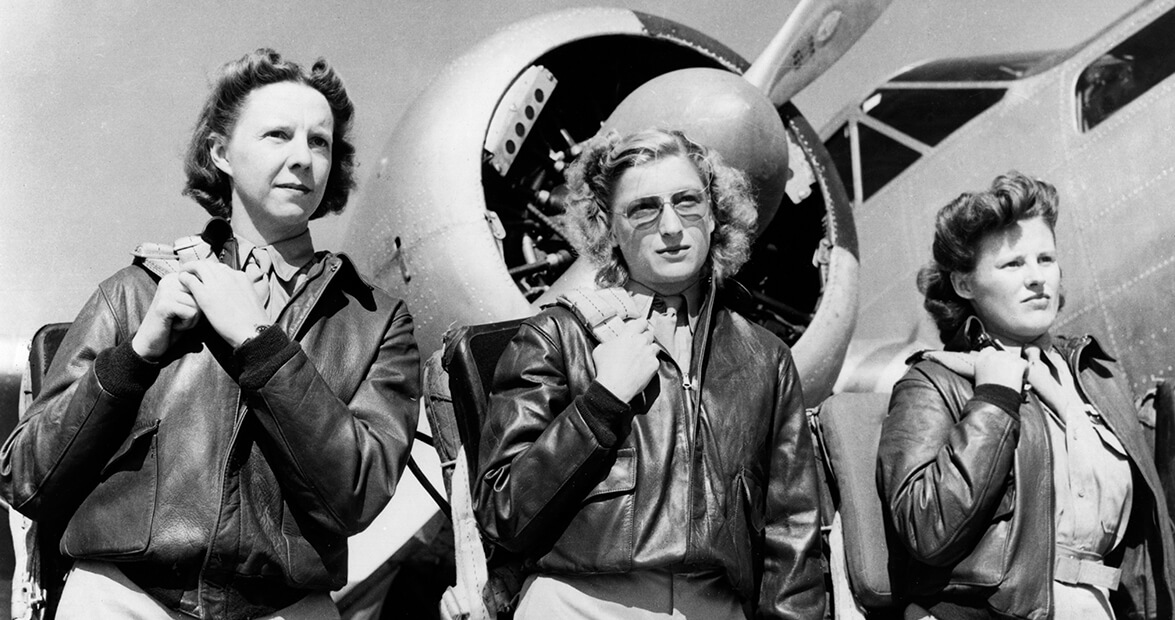 Betty Deuser could see the full moon from the cockpit. It was beautiful, she wrote in a 1943 letter, as she skirted the North Carolina coast at 10,000 feet in an AT-11 Kansan. For three hours, she flew back and forth as soldiers from Camp Davis scanned the darkness with a searchlight, looking for her plane. They were training to man anti-aircraft guns overseas, and it was Deuser’s job to prepare them.

Deuser was a member of the Women Airforce Service Pilots (WASP). The program was organized in 1942 when leaders, faced with a shortage of pilots, decided to train women to fly military aircraft so that male pilots could go overseas for combat duty. WASPs performed test flights, delivered new aircraft to air bases, and towed targets for anti-aircraft training. They helped pave the way for women combat pilots, proving that a woman was as capable as a man in the cockpit.

“If you’re a good pilot, you’re a good pilot. They proved the cockpit doesn’t care what gender you are,” says Katherine Sharp Landdeck, an associate professor of history at Texas Woman’s University (TWU) who’s working on a book about the WASP program. “During the war, the Army Air Force wanted them to be pilots, not ‘women pilots.’”

More than 25,000 women applied to be WASPs, but fewer than 2,000 were accepted, and only 1,074 were awarded wings. They were stationed at two bases in North Carolina: the Asheville Weather Wing Headquarters and Camp Davis Army Air Field, near Holly Ridge. At Camp Davis, they towed targets for anti-aircraft training.

Deuser was born in 1920 in California. Her family moved near the airport in Oakland, which is where she fell in love with aviation. Deuser earned a private pilot’s license in 1941, and after hearing about the WASP program joined the third class of 58 trainees in January 1943. She completed training in Houston and Sweetwater, Texas, before being assigned to Camp Davis.

Located 30 miles north of Wilmington, Camp Davis wasn’t much to look at. Deuser described it in a July 1943 letter to her family: “It’s near the ocean, surrounded by swamp lands and is the nearest thing to a war base I’ve seen. If I didn’t know better, I’d think we were somewhere in Africa near the front line.” 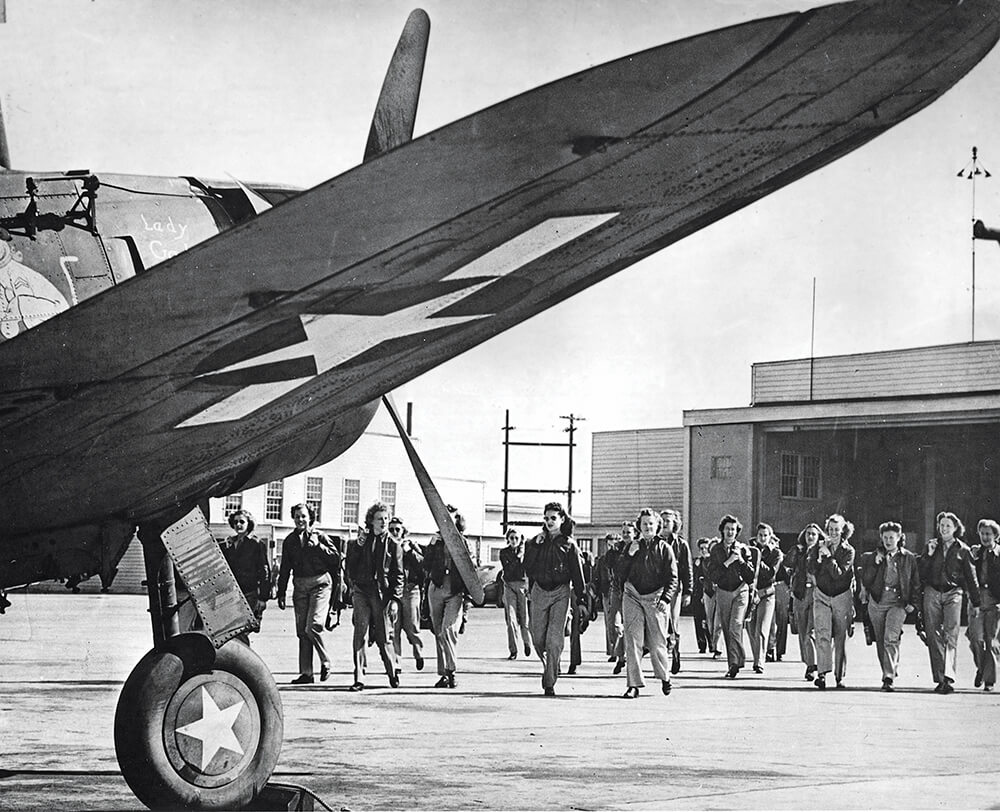 Deuser’s letters are part of TWU’s collection of materials about the WASP program. Many of the letters describe life on the camp: Soon after arriving at Camp Davis, Deuser and her unit mates went shopping in Wilmington.

“Wilmington isn’t much of a town,” she wrote. “It has historic value tho. There’s a river right at the end of the main street. They seem to go in for cotton and tobacco growing around here.”

Deuser and her roommate bought drapes for their barracks room and then went to the beach. “There’s a little town out there,” she wrote. “A keen beach resort — rows of homes and a boardwalk and lots of people sprawled out on the white sand. The Atlantic is very blue and warm, as I found out today.”

At Camp Davis, the WASPs weren’t allowed to get in the cockpit for weeks.

“Criminy we thought we were through training, but the men just don’t believe we can do anything till they check us out,” Deuser wrote in an August 1943 letter. “[They] have an AT17 here and we have to be checked out. Well, most of us have about 50 hrs in it … We should be checking the instructors out. And that’s not bragging.”

For the most part, the flying was boring. Deuser and her fellow WASPs spent hours towing a 36-foot target over the artillery range as trainees fired at it from the ground with anti-aircraft guns.

“It is a very precise flight,” Landdeck says. “They liked the women doing it. The women pilots had more patience.”

But that didn’t mean it wasn’t dangerous. The planes were unfit for combat duty, and there was a shortage of parts. Thirty-eight WASPs were killed, including 26-year-old Mabel Rawlinson, whose plane crashed during a night training flight at Camp Davis.

Deuser wrote about a second crash at Camp Davis in a September 1943 letter: “Twenty minutes later another siren blew. It just goes thru me when a siren goes off cuz we know something’s happened. A girl (one of the 4th class) cracked up after landing. Killed. … I don’t remember the girl very well. It’s funny how it doesn’t seem to affect most of us anymore. People get hardened to it I guess. It made me sick to think of it and I felt all upset, but the other kids discussed it and I felt childish, being so affected.”

Deuser left Camp Davis for a new assignment in the fall of 1943. It would be her last. The WASP program was disbanded in 1944, and the women went on with their lives. Deuser married Sgt. Fred Budde and moved to California, where they raised four sons. She died in 2014.

Landdeck says that more than 200 former WASPs spent 20 years in the Air Force reserves. They weren’t allowed to be pilots, but some still wore their wings. In the 1970s, the WASPs were finally given veteran status, and in 2010, they received the Congressional Gold Medal. According to Landdeck, there are about 85 WASPs still living.

When the program started, Henry “Hap” Arnold, the commanding general of the U.S. Army Air Forces, wasn’t sure women were capable of flying in combat. But by the end of the war, pilots like Betty Deuser had changed his mind. “Now in 1944, it is on the record that women can fly as well as men,” he said.

“They inspire women to serve their country,” she says. “They inspire us to recognize even when our country is flawed, it is still worth fighting for.”