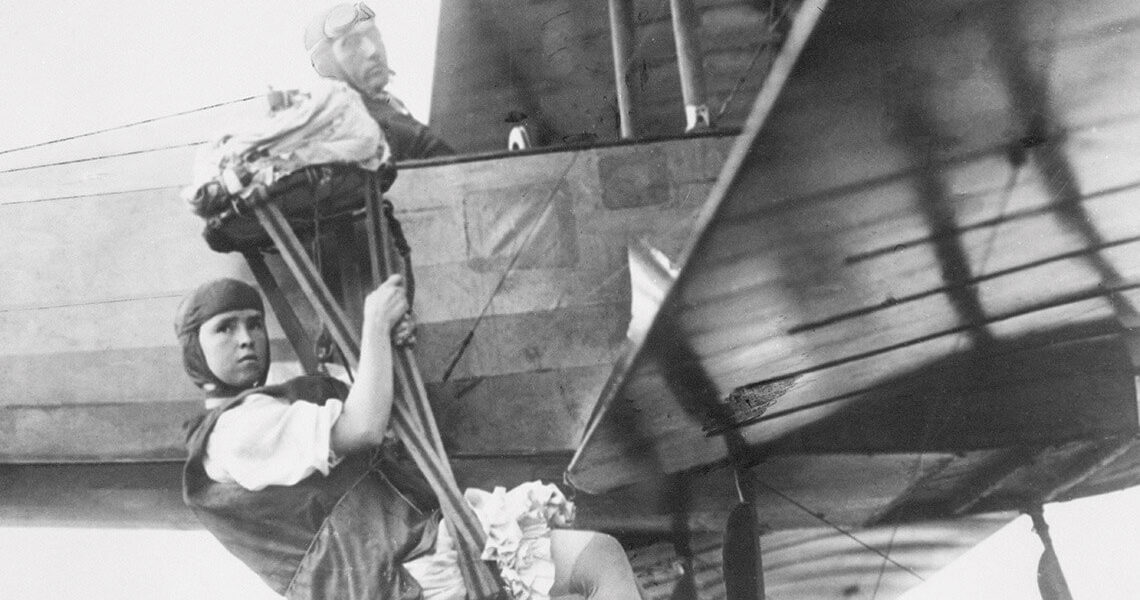 When Georgia “Tiny” Broadwich jumped from a hot-air balloon at the 1908 North Carolina State Fair, she took one small step for a woman, one giant leap for womankind. As she made that first daring descent — at age 15 — Broadwick knew she’d found her calling, describing the experience as “the most wonderful sensation in the world.”

Almost five years later, on June 21, 1913, Broadwick made history as the first woman to parachute from an airplane. Her perilous plunge from 2,000 feet over Los Angeles was a remarkable testament to the size of her spirit, despite her 4-foot-9-inch, 79-pound frame.

Tiny got her nickname for weighing only three pounds when she was born in Oxford in 1893. She fell in love with parachuting at age 14, after witnessing the feat at a carnival and begging the showman to let her try. She soon became a sideshow daredevil herself: Between 1908 and 1922, she made more than 1,100 jumps from airplanes, seaplanes, and hot-air balloons (including one that caught on fire).

Once, she told an interviewer, “It’s so peaceful being that near to God.” Jumping out of an airplane and plunging to Earth is peaceful? That was Tiny Broadwick for you, though — diminutive but dauntless.