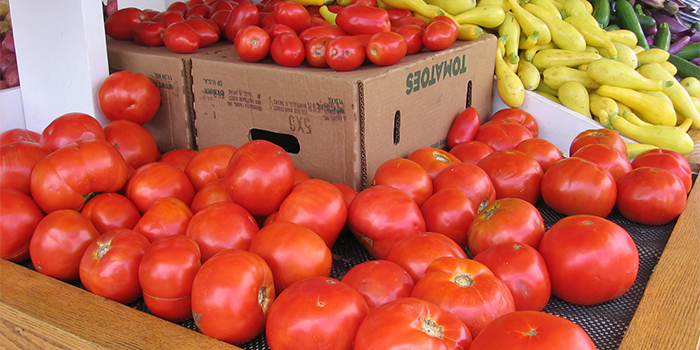 A tomato sandwich is one of those foods that stirs strong emotions. Everyone, it seems, holds an opinion about it, and what ingredients are authentic – or inauthentic – to use.

John Byers of Charlotte knows a thing or two about building a tomato sandwich. He and his wife, Angie, host an annual tomato sandwich party that celebrates its 15th year in August.

Byers, owner/broker at EXIT Realty South in Charlotte’s SouthPark neighborhood, began the tradition when he was working at another realty firm in the area and raising some tomatoes to bring to the break room at the office.

After several years, the office tomato sandwich gatherings grew to include clients, friends, neighbors, and members of Byers’ church. “We realized that a lot of people like tomatoes,” Byers says. 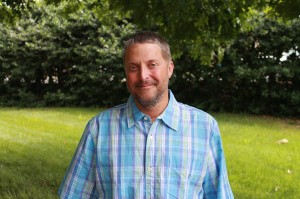 John Byers of Charlotte hosts a gourmet tomato sandwich party for friends and business associates that has become an annual August tradition.

Last year, he sent out 450 to 500 email invitations. This year, he expects to send about double that number. Not everyone he invites from a list of 1,000 will come, of course, but he plans to purchase at least 200 pounds of farmers market tomatoes for the event.

By the middle of June, a dozen people already had called him to inquire about this year’s parking lot festivities, Byers says.

There usually are five kinds of breads, five dressings, and five varieties of tomatoes from which to choose.

Duke’s mayonnaise, Hellmann’s mayonnaise, Kraft Miracle Whip, and their light counterparts are among the spreads.
Byers favors heirloom varieties of tomatoes such as the German Johnson and Cherokee Purple. He especially likes tomatoes grown in western Lincoln County. “It’s like the heartland of North Carolina gardening,” he says.

Among the weighty decisions to ponder: one thick slice of tomato or multiple thin slices.

Salt, pepper, and fresh basil also are offered. “That’s still a tomato sandwich,” Byers says of including the basil.

One thing you won’t find is bacon; after all, it’s not a BLT party. “Not only are we not going to have it, you can’t bring it,” Byers says in fun.

Inevitably, there are always those who have never tried a tomato sandwich before. “Wow, I didn’t know what I was missing,” is a common reaction from them.

No business talk is allowed at the party. Byers doesn’t want to detract from the atmosphere he tries to create for guests.

“I want this to be kind of a safe haven for anybody that wants to show up and just hang out, shoot the breeze, and find the common interest that we mostly all have,” he says.

For Byers, tomato sandwiches are a fond reminder of family reunions he attended in Shelby in Cleveland County when he was growing up. Someone would always bring a Tupperware container stacked with the sandwiches, crusts removed.

Byers notes that having standards to reach in terms of sandwich quality help make his event special. “I really don’t take it too seriously, but yet I take it very seriously,” he says.