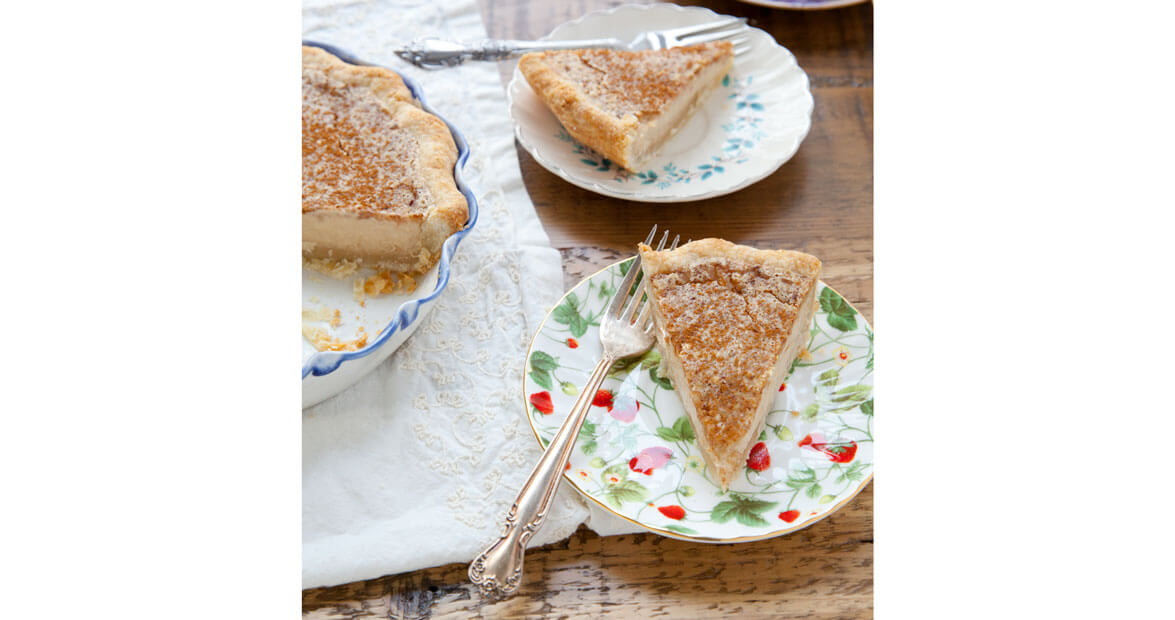 “The Jarrett House was the first North Carolina restaurant I ever ate in,” Karen Barker remembers. Like the Jarrett House itself, she and her husband, Ben, are culinary legends around here — for their iconic, award-winning restaurant, The Magnolia Grill, which lived in Durham from 1986 to 2012. Years before that, when Ben was a student at Western Carolina University, he worked at the Jarrett House as a server, Karen says, and ate a slice of vinegar pie “every shift he worked.”

The cozy inn was a fixture amid the mountains in Dillsboro for more than a century — it opened in 1884 and just recently closed — and the vinegar pie was arguably its most famous offering. This old-school, Southern dessert is a classic “desperation” or “make-do” or “pantry” pie. In other words, a recipe that relies on kitchen staples versus seasonal, perishable ingredients. Instead of using apples, say, use apple cider vinegar. And instead of using buttermilk, use a lot of melted butter. The result is as humble as it is addictive.

Combine the first six ingredients and pour into the unbaked pie shell. Bake at 300º for 45 minutes.