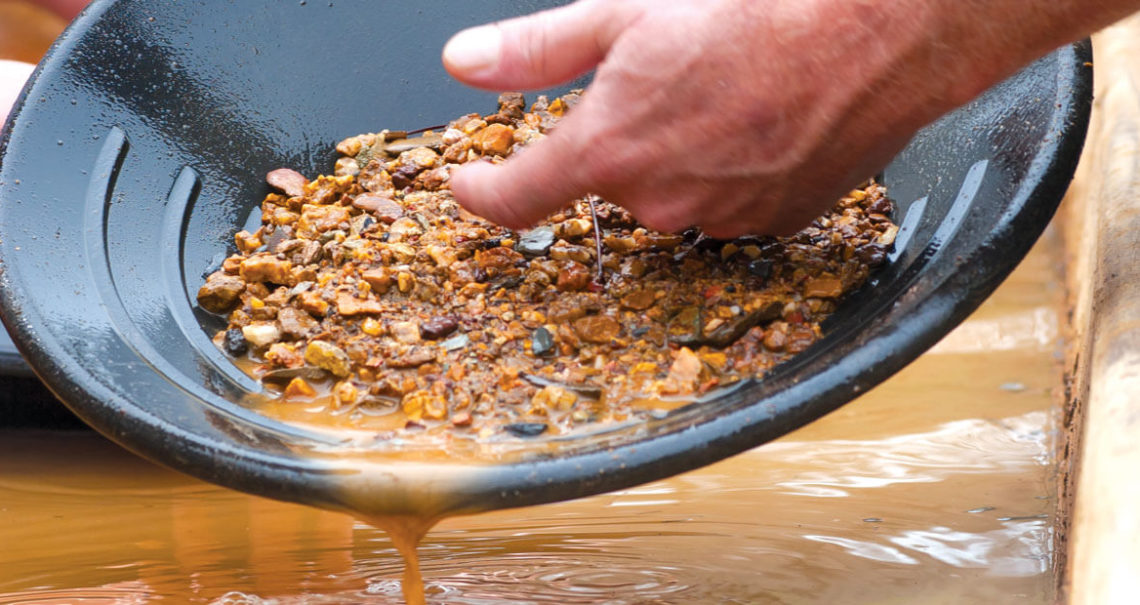 The California gold rush of the 1800s gets the glory, but North Carolina has its own gold history. Until 1848, the state led the nation in gold production. It all started in 1799, when Conrad Reed discovered a 17-pound gold rock in a Cabarrus County creek. In later decades, mines were dug throughout the area, from the Reed Gold Mine to the Russell Mine in Montgomery County to the countless tunnels, now closed, beneath Charlotte. Some $25 million in gold has been found in the state, most of it before 1900. While gold fever in other states eventually lured miners away from North Carolina, signs of our rich past still sparkle throughout the Piedmont.

Cool, dark tunnels with moisture dripping down the walls give visitors to Reed Gold Mine a hint of what it was like to be a miner in the early to mid-1800s. The mine, located in Midland, about 22 miles east of Charlotte, is the site of the first documented gold discovery in the United States. For two decades thereafter, North Carolina led the nation in gold production. These days, portions of the Reed mine are open for tours. The visitor center features exhibits, including an orientation film and restored mining equipment. From April 1 to October 31, try your hand at gold panning for a $3 fee. Admission to the mine is free.

Rails reached the Gold Hill area in 1891 to transport gold, refining equipment, and supplies for the New Gold Hill Ltd. Mining Company. Today, the Gold Hill Rail Trail and Miners Trail, which winds into the Gold Hill Mines Historic Park, will take you by old mine shafts, a powder house, a steam engine and boiler, and a stone jail. You’ll see a Chilean ore mill that was used to crush ore to aid in gold recovery; it’s thought to be one of the only complete mills with original working gears in the United States. Among the many other attractions in this restored mining town is the E.H. Montgomery General Store, built around 1840, which today holds Friday night bluegrass jams. For $4, you can buy a book at the general store for self-guided hikes and tours, as well as histories of the sites in the park and the shops in the village. Between April 1 and October 31, the general store offers panning for $4.

Remnants of the Russell Mine, one of Montgomery County’s largest gold mines, are located near Badin, a short hike into Uwharrie National Forest off Coggins Mine Road near Big Creek. Panning and prospecting aren’t allowed at the site, which is not yet an official hiking area, and “Danger” signs and a rail fence keep visitors from getting too close to steep drops. But for adventurous souls, the hike is short and easy, and there’s plenty to see, including vents and shafts. A successful open-pit mine at its peak, the Russell Mine closed in the early 1900s. The Forest Service has plans to preserve the site.

If you’re looking to try your luck at more rugged gold panning in the wilderness, the Uwharrie River is a fine place to start. The Montgomery County stretch in the Russell Mine area still produces a good amount of gold, and no fee or permit is required as long as you are in approved areas and use only a shovel-and-pan technique without significant stream disturbance. You’re welcome to set up a sluice or shaker box, but no mechanical or motorized equipment is allowed.