Virginia Dare was baptized on August 24, 1587. A statue in her memory survived a shipwreck and a fire before making its way to Fort Raleigh in Manteo, where it stands beneath a live oak in The Elizabethan Gardens. photographs by BETTMANN/GETTY IMAGES; JASON SCHRONCE/SHUTTERSTOCK.COM

Little is known about the life of the first English colonist born in the Americas. Nine days after Virginia Dare came into the (new) world, her grandfather, Roanoke colony governor John White, left the island for England. Upon his return three years later, he discovered that Virginia and more than 100 other colonists had vanished, leaving behind nothing but two carvings: the word CROATOAN on one tree and the letters CRO on another. The fate of what came to be known as the Lost Colony remains a mystery, but Virginia’s memory lives on: Dare County and the Virginia Dare Memorial Bridge, which spans Croatan Sound, are named in her honor.

In a bold patriotic move in 1774, 51 Edenton women signed an agreement to boycott British tea and cloth. Organized political action by women was almost unheard of at the time, and the event was satirized in an unflattering London political cartoon. Nearly a century later, Harriet Jacobs, an enslaved woman living in Edenton, fended off repeated advances from her master, who threatened to sell her children if she did not submit. For seven years, Jacobs hid herself in a crawlspace so small that she couldn’t stand upright. She eventually escaped to the free North, where she became involved with abolitionists. In 1861, she published her autobiography, Incidents in the Life of a Slave Girl — widely recognized as the most extensive slave narrative written by a woman. 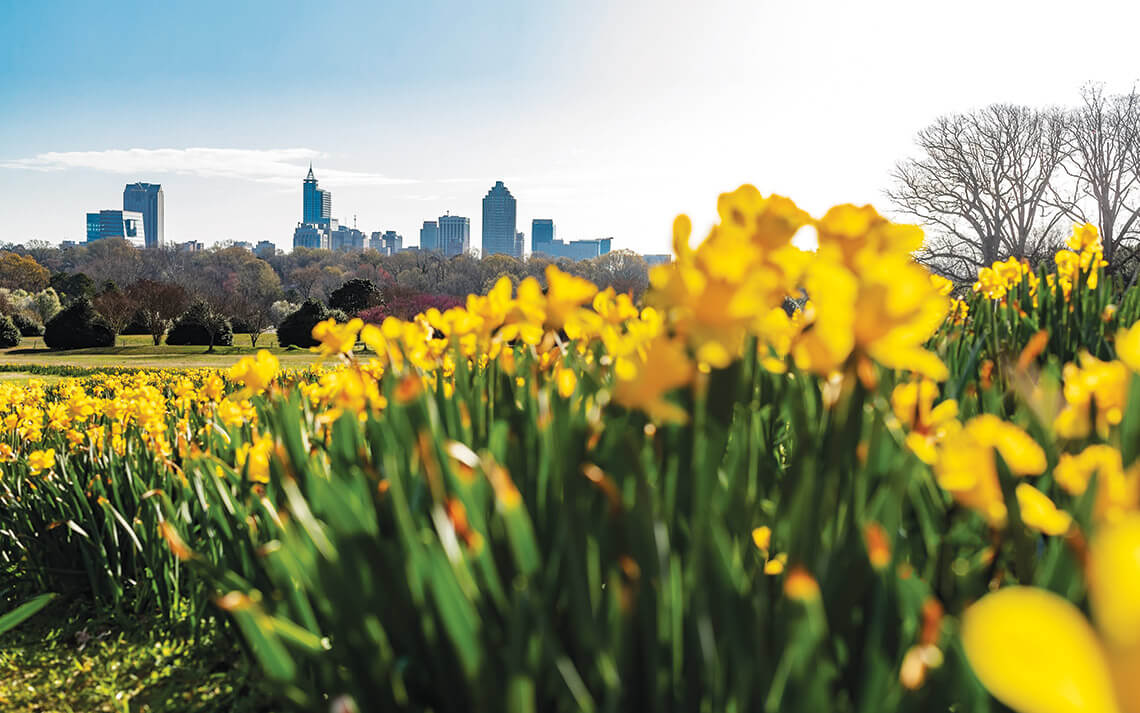 The site of the former Dorothea Dix Hospital, which closed in 2012, is now Raleigh’s largest city park, with 308 acres that include an open meadow, fields of flowers, an oak grove, and a dog park. photograph by Charles Harris

While teaching a Sunday school class in a Massachusetts correctional facility in 1841, Dorothea Dix witnessed inhumane treatment of mentally ill patients, who were often incarcerated due to a lack of proper care facilities. Her subsequent work as a champion for people with mental illnesses led to the creation of 32 institutions in the United States, including what became the North Carolina Hospital for the Mentally Ill, which opened in 1856 as the first such institution in the state. Although Dix did not allow the facility to be named in her honor, it was renamed Dorothea Dix Hospital a century later. Dix died in 1887 in a hospital that she had founded.

The Rev. Dr. Pauli Murray, raised by her aunt and grandparents in Durham, was a lawyer, activist, writer, and poet who achieved numerous firsts. She was the first Black woman to become an Episcopal priest in the United States. She graduated at the top of her class from Howard University’s law school as the only woman in the program. She later worked closely with notable civil rights activists, including the Rev. Dr. Martin Luther King Jr., and was outspoken about the lack of female leadership in civil rights organizations. In 1961, she was appointed by President John F. Kennedy to the Committee on Civil and Political Rights. She wrote frequently on the topic of racial discrimination, including States’ Laws on Race and Color — called the bible for civil rights lawyers by Thurgood Marshall — and Proud Shoes: The Story of an American Family, about her grandparents’ experiences with racism. 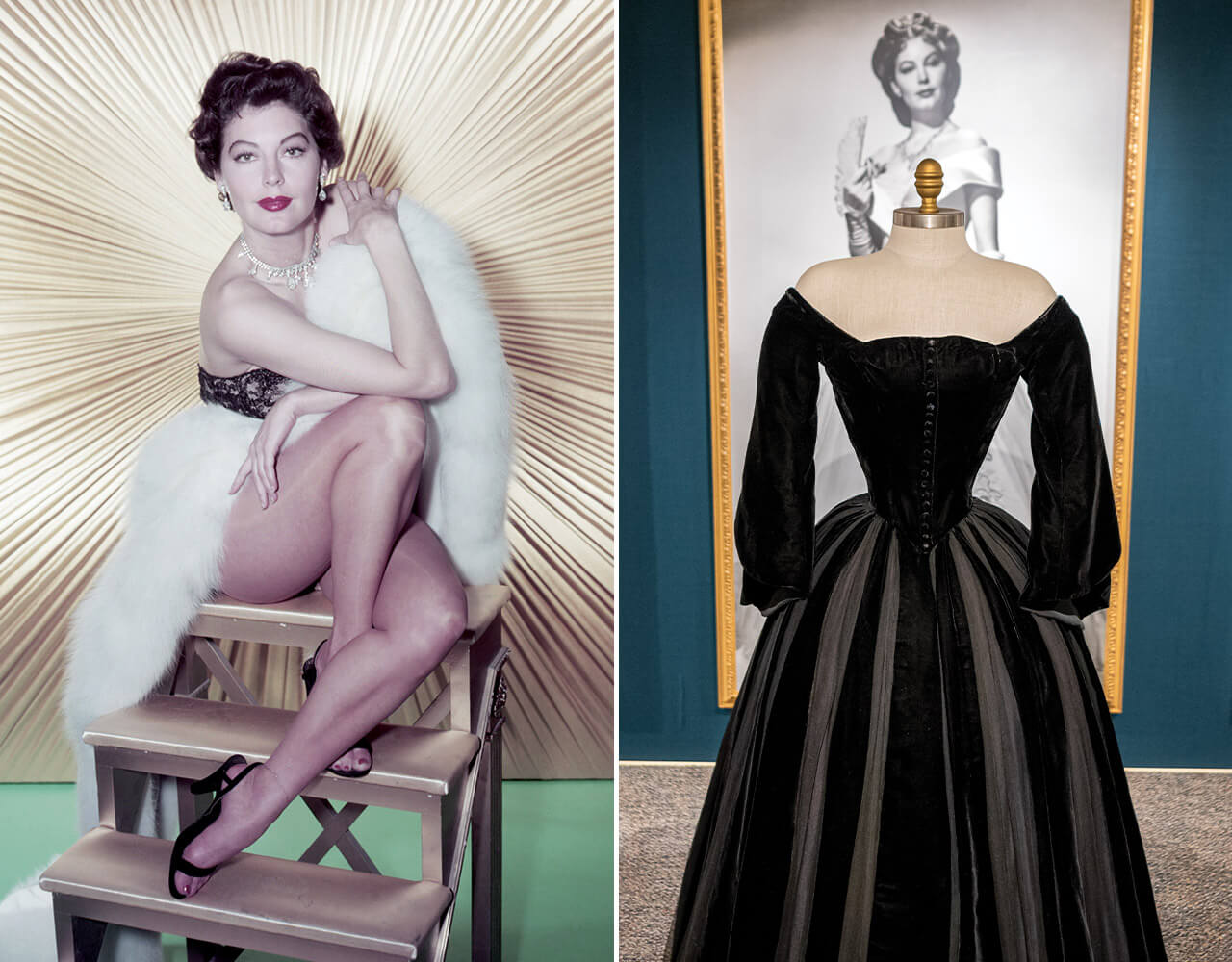 The floor-length black velvet dress — with an 18-inch waist — that Ava Gardner wore for her role opposite Gregory Peck in 1949’s The Great Sinner is on display at the Ava Gardner Museum in Smithfield. photographs by SILVER SCREEN COLLECTION/MOVIEPIX/GETTY IMAGES; CHARLES HARRIS

She was often considered the most photographed woman in the world. She was certainly one of the most famous — and most striking — actresses of her day. But despite her megastar status, Ava Gardner was, at heart, a down-to-earth country girl from the small community of Grabtown, near Smithfield, where she returned to visit her family often. She leveraged her fame to support causes she believed in, including equality for women and people of color. She was a lifetime member of the NAACP, backed presidential candidate Henry Wallace — who was in favor of desegregation — and openly denounced the House Un-American Activities Committee. Above all, Gardner lived fully, loved wildly, and had no regrets. “The truth is, honey, I’ve enjoyed my life,” she wrote in Ava: My Story. “I’ve had a hell of a good time.”

Eunice Kathleen Waymon, the child prodigy who would come to be known as Nina Simone, grew up in a three-room clapboard home in Tryon. She started playing piano by ear when she was just 3 years old and began studying classical music at the age of 6. Simone had dreams of becoming a classical pianist but was denied entry to the Curtis Institute of Music in Philadelphia, due, she believed, to her race. Instead, she began performing in a nightclub in Atlantic City, New Jersey. Her rich voice and soulful fusion of classical, blues, jazz, and gospel music quickly gained popularity, and she went on to record more than 40 albums. As a civil rights activist and feminist icon, Simone fearlessly used her music to support equality, with songs like “Four Women” and “I Wish I Knew How It Would Feel to Be Free.”

Salem Academy was founded by the Moravian Church in what is known today as Old Salem. It was the first school for girls and women in the country, at a time when even many boys and men did not have access to a formal education. Early on, the academy was led by the Single Sisters, a group of unmarried, progressive, financially independent Moravian women. The school added college-level courses in the late 1800s and became Salem Academy and College in 1907. Today, the boarding and day school boasts a 100-percent college acceptance rate, while the liberal arts college offers more than 30 majors. Salem alumnae include Guinness World Record-holding long-distance runner Sarah Covington Fulcher and U.S. Rep. Tillie Fowler. This year, the school celebrates its 250th anniversary. 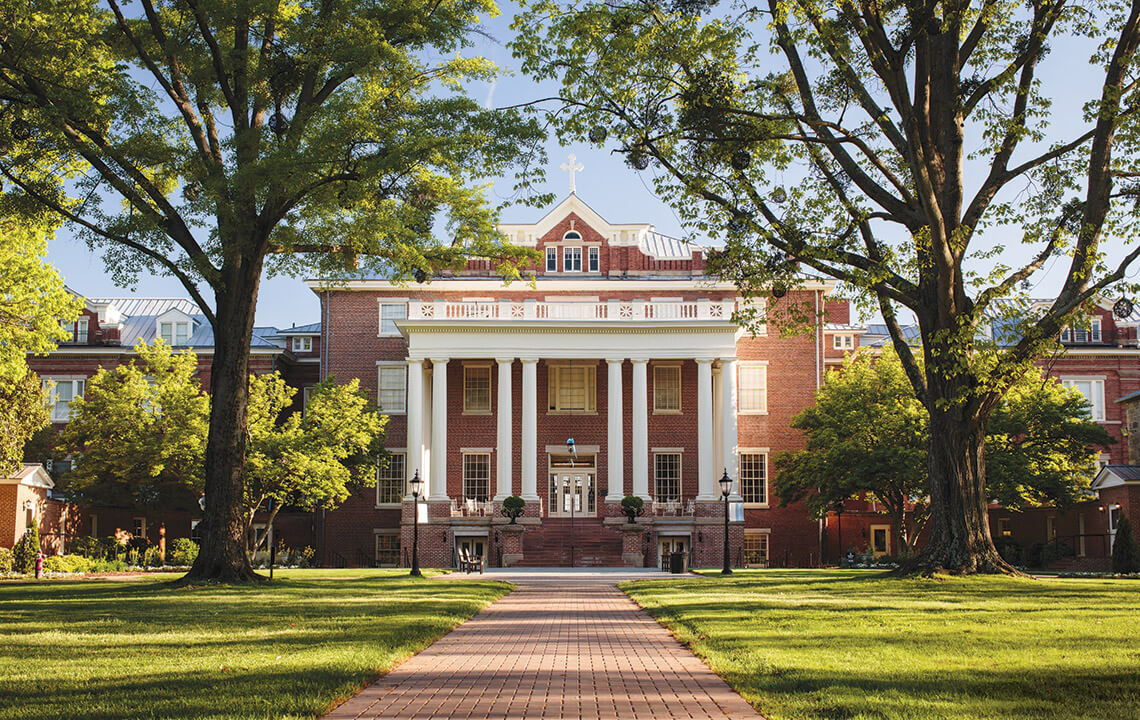 The centrally located Smedes Hall is one of three buildings that composed the original Saint Mary’s campus. photograph by SAINT MARY’S SCHOOL

This Episcopal boarding and day school for girls is Raleigh’s oldest continuously running educational institution. The largely wooded 23-acre high school campus, which formerly included a two-year college, features the East Rock and West Rock buildings, built with remnant stones from the construction of the State Capitol. Students enjoy long-standing traditions like singing the school hymn arm in arm in the Gothic-style Saint Mary’s Chapel — a National Historic Site — and receiving their black onyx class rings at a formal banquet during their junior year. Notable alumnae include Betty Ray McCain, the former secretary of the North Carolina Department of Cultural Resources and the first female chair of the state Democratic Party, and Marie Watters Colton, the first female speaker pro tempore of the state House of Representatives and an inductee into the North Carolina Women’s Hall of Fame. 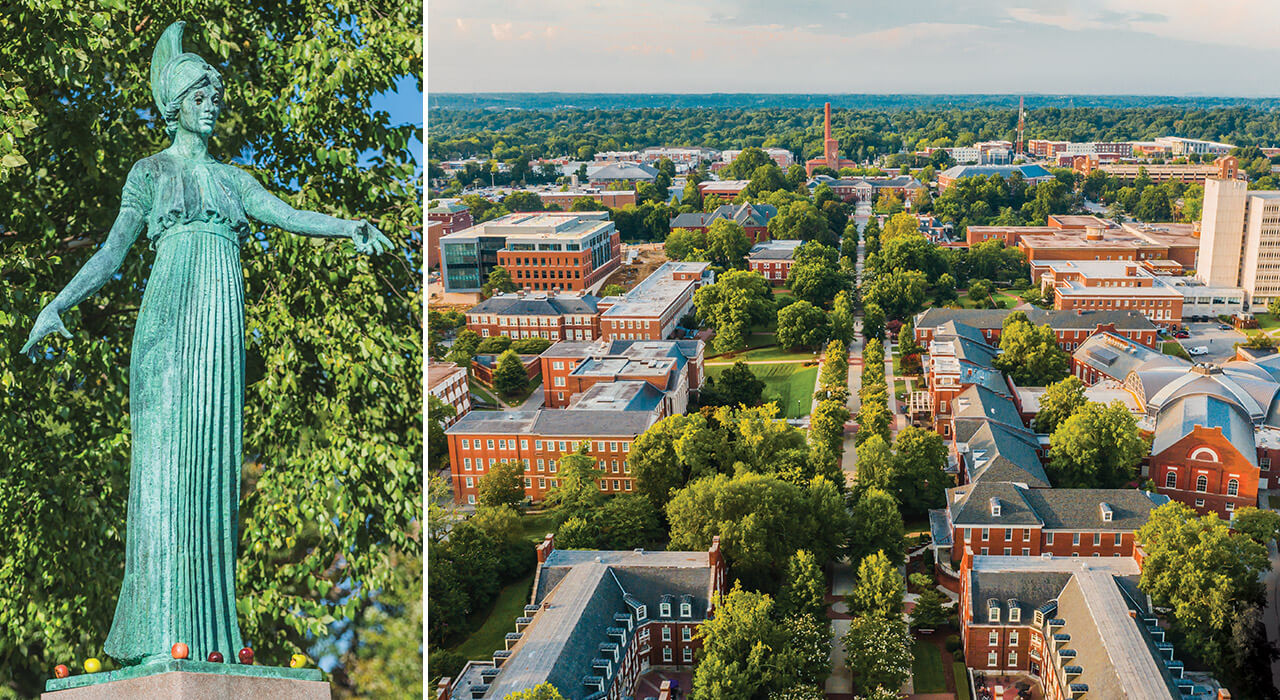 The original two-building, 10-acre campus of UNCG has grown to cover 250 acres just west of downtown. The Class of 1953 commissioned a bronze statue of Minerva, goddess of wisdom and women’s arts, as a gift to the university. Students today leave apples at the statue’s base for good luck during final exams. photographs by GRANT GILLIARD, COURTESY OF UNC GREENSBORO; MARTIN W. KANE, COURTESY OF UNC GREENSBORO

The educational reform movement that began in North Carolina in the 1880s, when almost a third of the population was illiterate, prompted the creation of a training school for teachers, the first public college for women in the state. In 1932, the school, one of three original branches of the University of North Carolina System, was named the Woman’s College, affectionately called “the WC” by students and alumnae. Rules were strict — at one time requiring students to be in their dorm rooms to study from 7 to 10 p.m. — but the payoff was worth it: WC graduates went on to become Pulitzer Prize-winning historians, brigadier generals, Academy Award nominees, NASA astronomers, and space shuttle engineers. The school desegregated in 1956 and became coeducational in 1964 after being renamed the University of North Carolina at Greensboro.

The log cabin that houses the Sandhills Woman’s Exchange has stood the test of time — built in the early 1800s, it’s now the oldest structure in Pinehurst. The SWE itself is one of just 16 Woman’s Exchanges left in the United States. photograph by Stacey Van Berkel

An Our State Playlist:
Voices of North Carolina Women