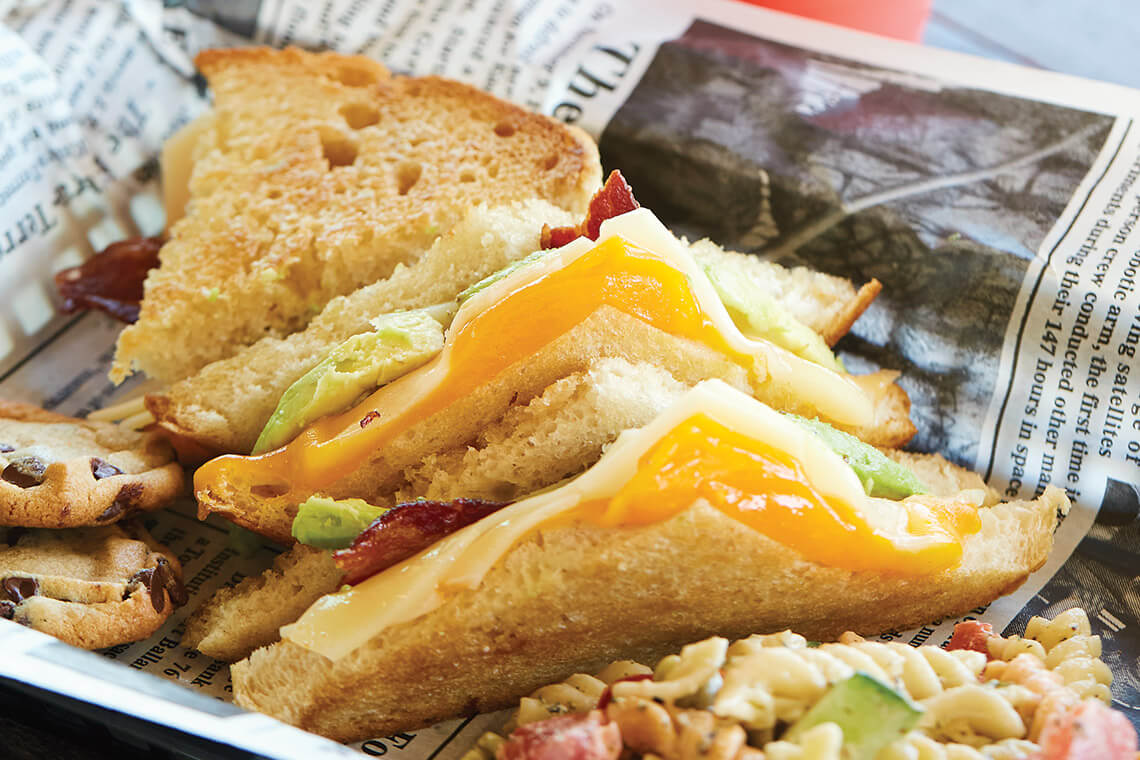 At Uwharrie Mercantile, the grilled cheese is dressed up with avocado and bacon. photograph by Stacey Van Berkel

A favorite of hungry hikers going to and coming from Uwharrie National Forest, this café specializes in sandwiches that are easy to pack up and take into the great outdoors — or enjoy after a long hike. 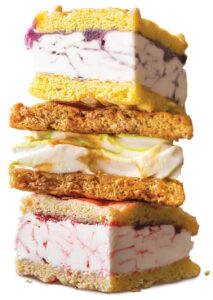 Locals still call this popular deli The Filling Station, its original name, and some of the shop’s most popular sandwiches are inspired by its former title, like the Fill’er Up — ham and turkey, swiss cheese, lettuce, tomato, and honey mustard stacked high. For a special treat, this deli serves ice cream sandwiches on homemade cookies with creative flavor combinations like green apple ice cream between salted caramel cookies. 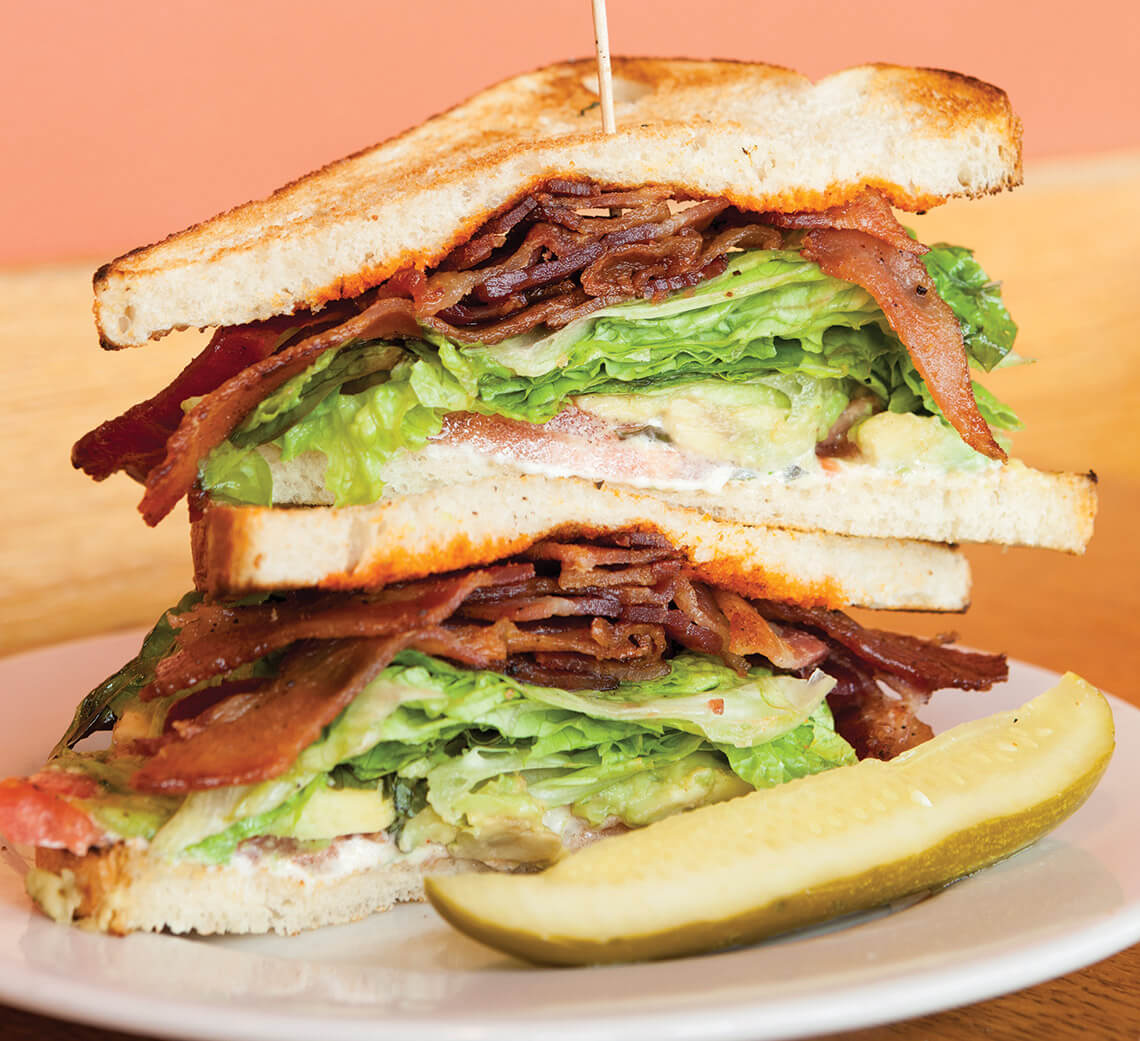 At Stick Boy Kitchen, the bakery’s homemade breads are dressed up as sandwiches, like a BLT with avocado and Sriracha mayo on sourdough. photograph by Cheryl Zibisky

At this Boone bakery, the key element of a great sandwich is simple: good bread. This belief led Carson and Mindy Coatney — who had never worked at a bakery — to open one in their hometown of Boone. The couple juggled humble resources with their jobs at a nonprofit to open Stick Boy in 2001, and today, they have expanded to two locations that serve artisan sourdough bread and sandwiches. 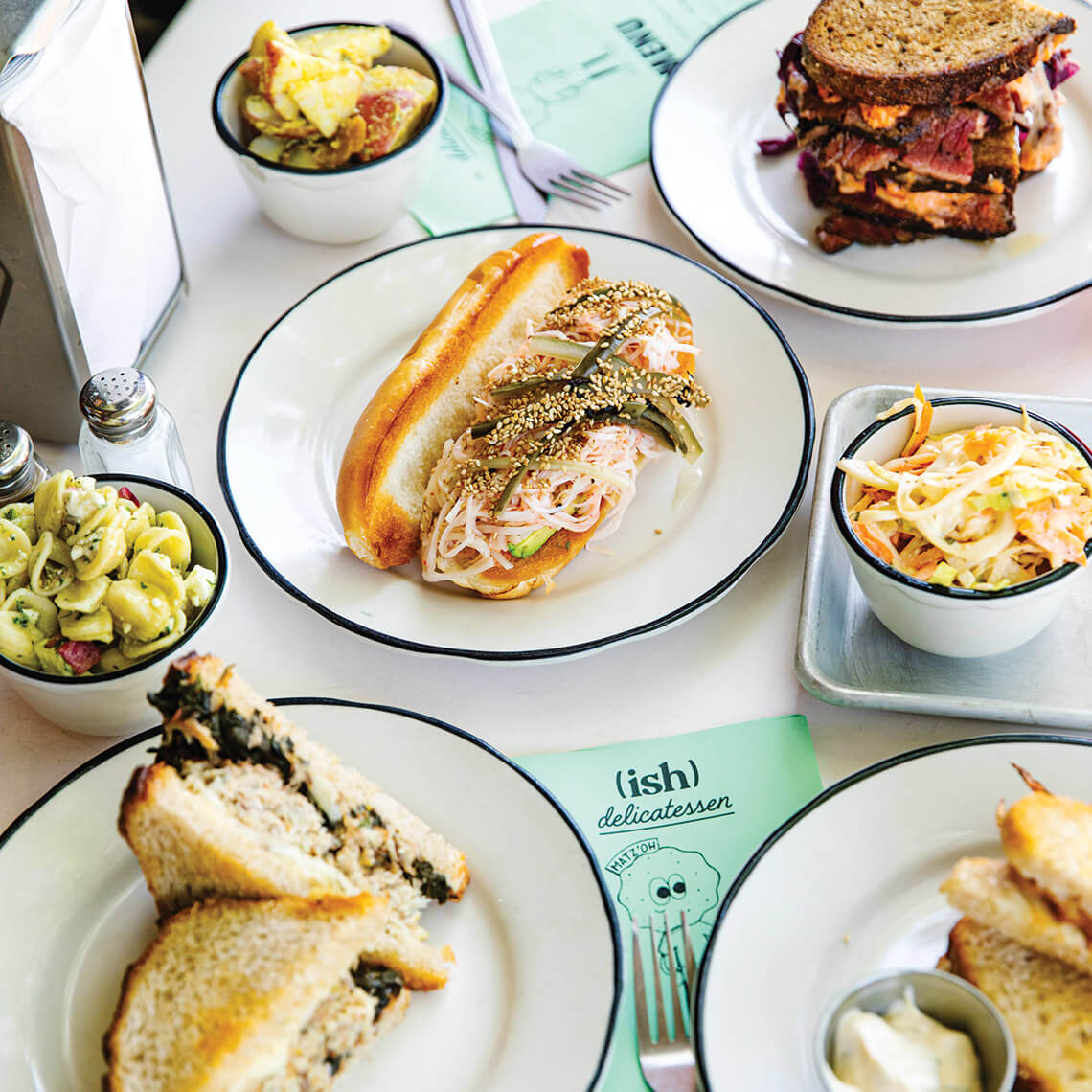 A Raleigh chef transformed an old-school soda fountain into a delicatessen that’s a little Jewish, a little Italian, and a little Southern. Try sandwiches like the fried pickle grilled cheese, with pickled Swiss chard stems and lemon-dill mayo, or the chicken salad saltimbocca on a sub roll. 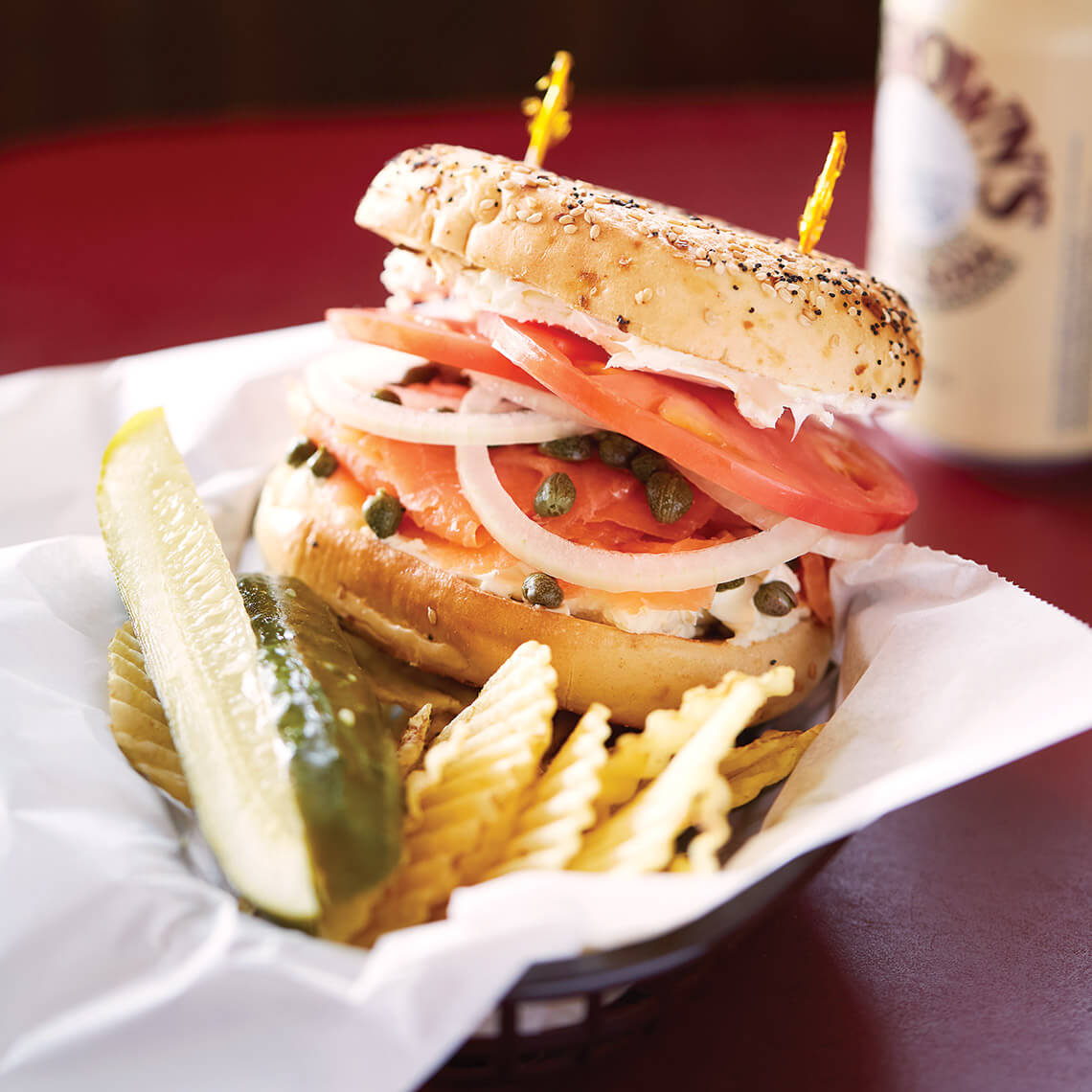 At Lox, Stick and Bagel, order the signature sandwich, the Avon — lox with onion, cream cheese, and tomato on a bialy. photograph by Stacey Van Berkel

From the best-selling Arlington (smoked turkey breast, Havarti cheese, lettuce, tomato, and mayo served hot on an onion roll) to the Avon (lox with onion, cream cheese, and tomato on a bialy) — are you hungry yet? — this Greensboro sandwich shop has been serving up deli favorites for 45 years and has established itself as a beloved mainstay in the Gate City. 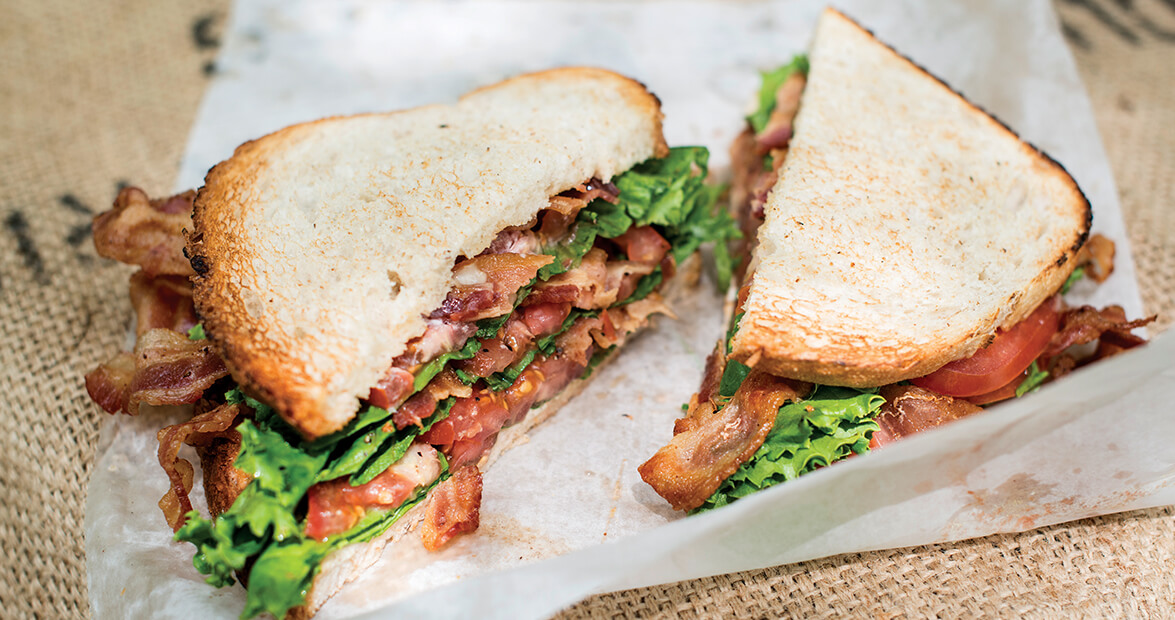 Merritt’s calling card is the BLT— a destination sandwich. And while a standard BLT has a recipe only three letters long, the Merritt’s version comes in three sizes: single, double, and triple. The numbers correspond to how many layers of bacon, lettuce, and tomato the sandwich contains. Dreams do come true. 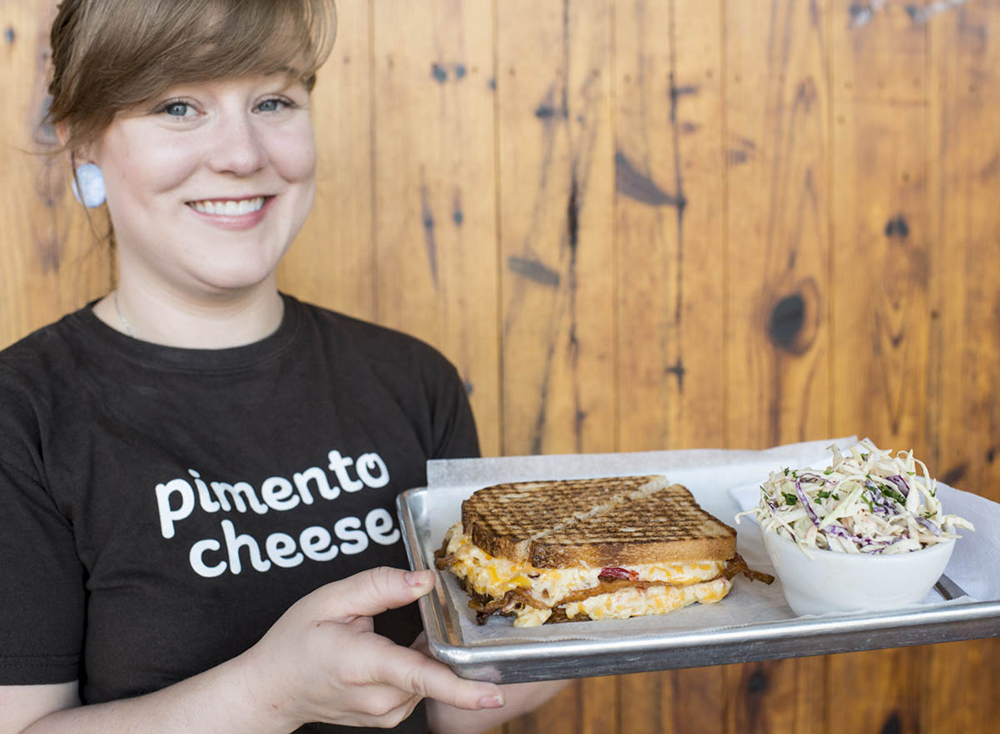 This gourmet food/wine/gift/coffee shop and sandwich spot makes a grilled pimento cheese with bacon that’s one of the most popular sandwiches on the menu. Need we say more? 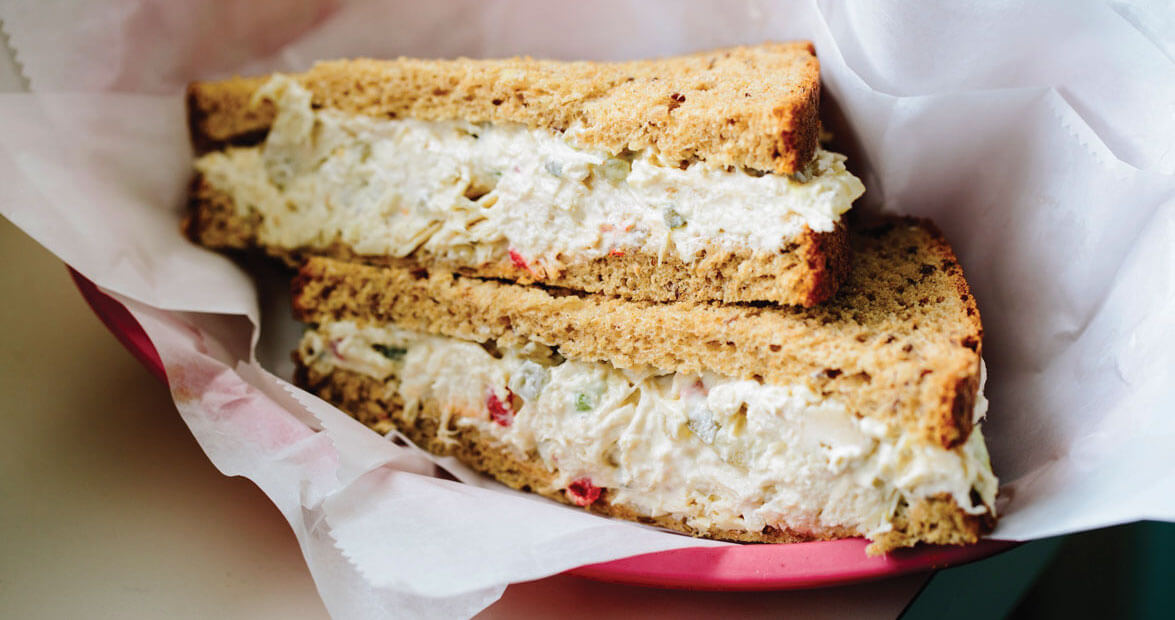 Yes, the chicken salad at Roberts Grocery is as good as it looks. photograph by Matt Ray Photography

The chicken salad at Roberts Grocery is legendary, with a near-mythical origin story to match. Nearly a century ago, a Lebanese immigrant named Charles S. Robier moved to Wrightsville Beach from New York City and decided to open a grocery store in his new hometown. Not long after, his famous chicken salad came to be, and has been a menu staple ever since. Want to try it yourself? Stop by Roberts before a trip home from the beach for an on-the-go lunch that’ll make the post-vacation blues just a little better. 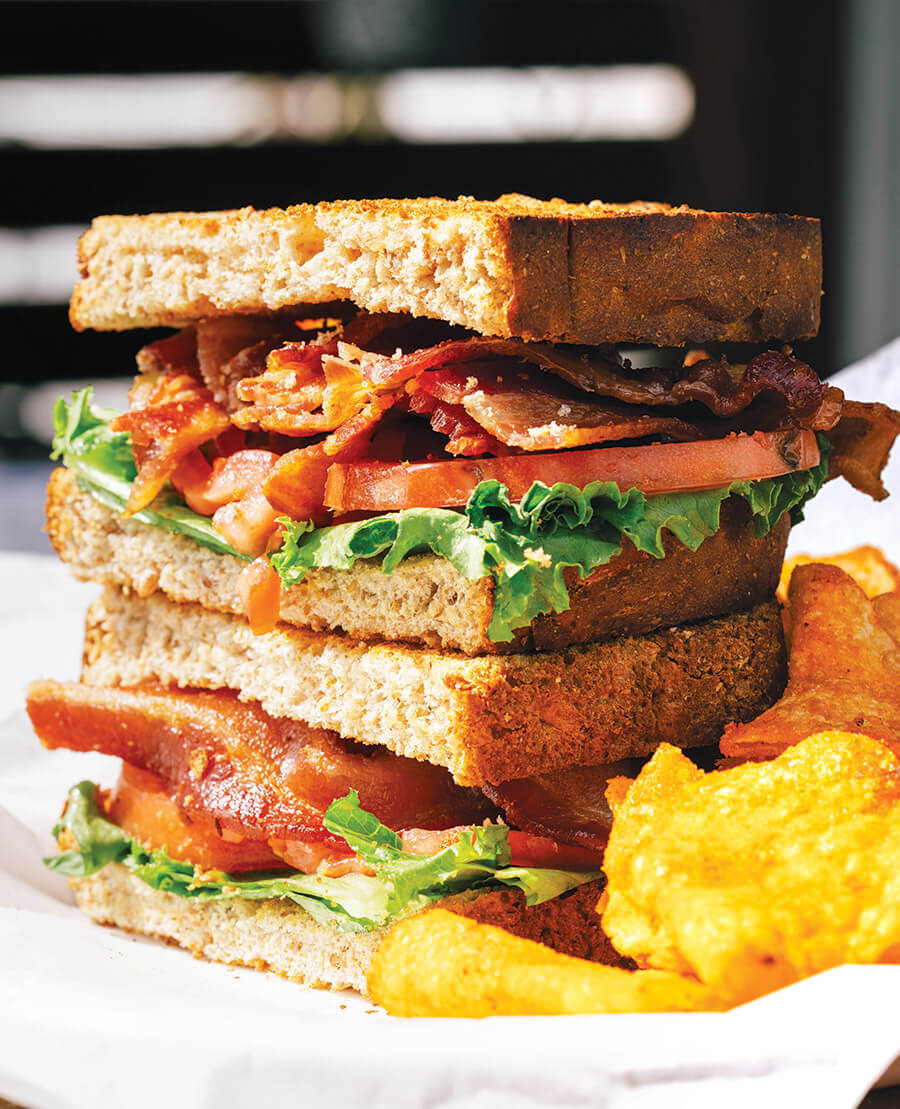 When you need a break from seafood, try a BLT at Calabash Deli. photograph by Matt Ray Photography

When a New York transplant found herself in Calabash without a job, she did what any well-raised Long Islander would do: She opened a deli. Calabash locals frequent this kitschy deli when they want to trade a typical Calabash meal (a fried seafood platter!) for something a little lighter: marinated cucumbers, BLTs, and chicken salad. 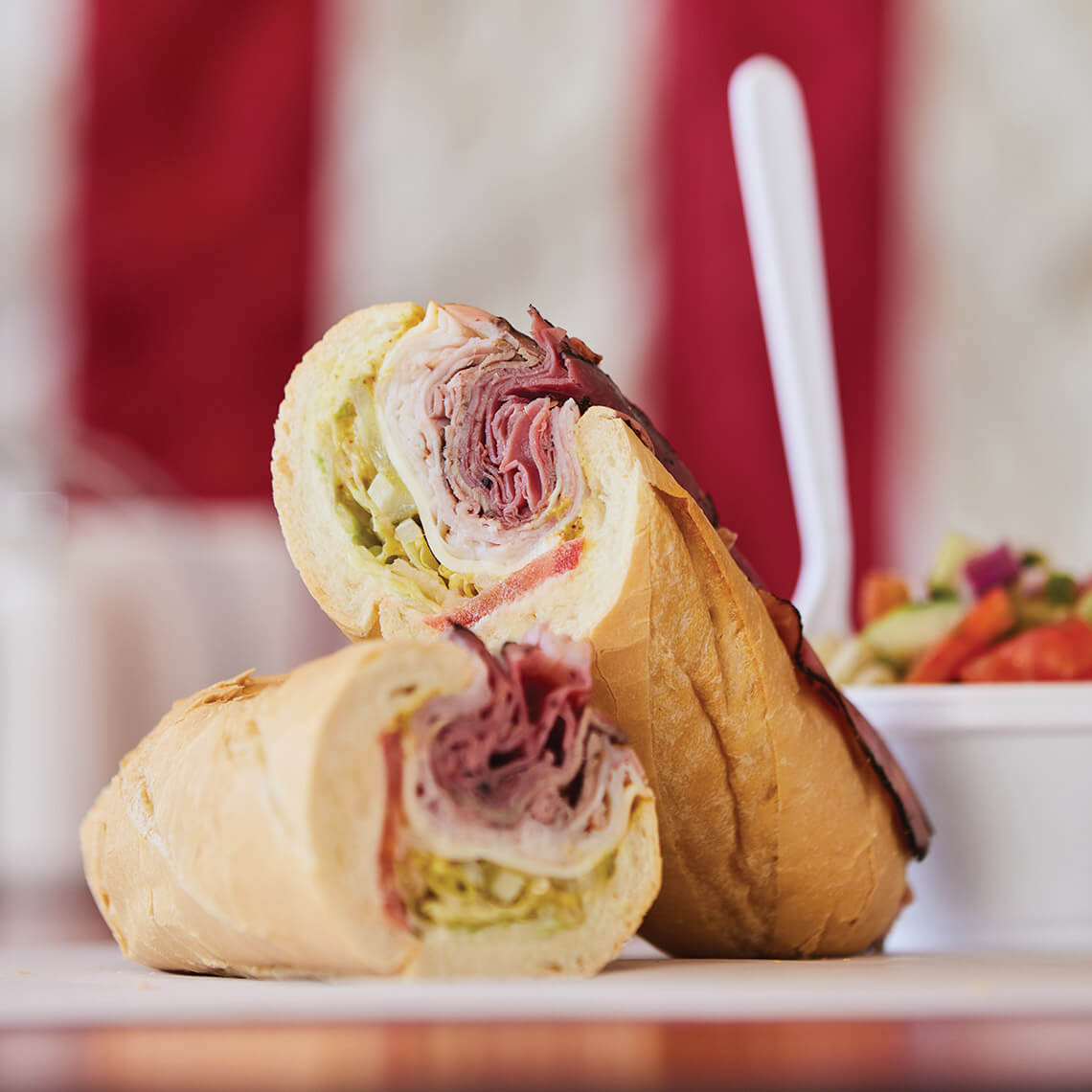 Diners at Gotham’s Deli in Smithfield may think they’ve been transported to Midtown Manhattan — but this New York inspired deli has won the hearts of Smithfield residents, garnering regulars from all over town. The deli’s famous Brass Knuckle sandwich — toasted sourdough piled with pastrami, Cheddar, mozzarella, mayonnaise, and more — is New York City with a Southern drawl.