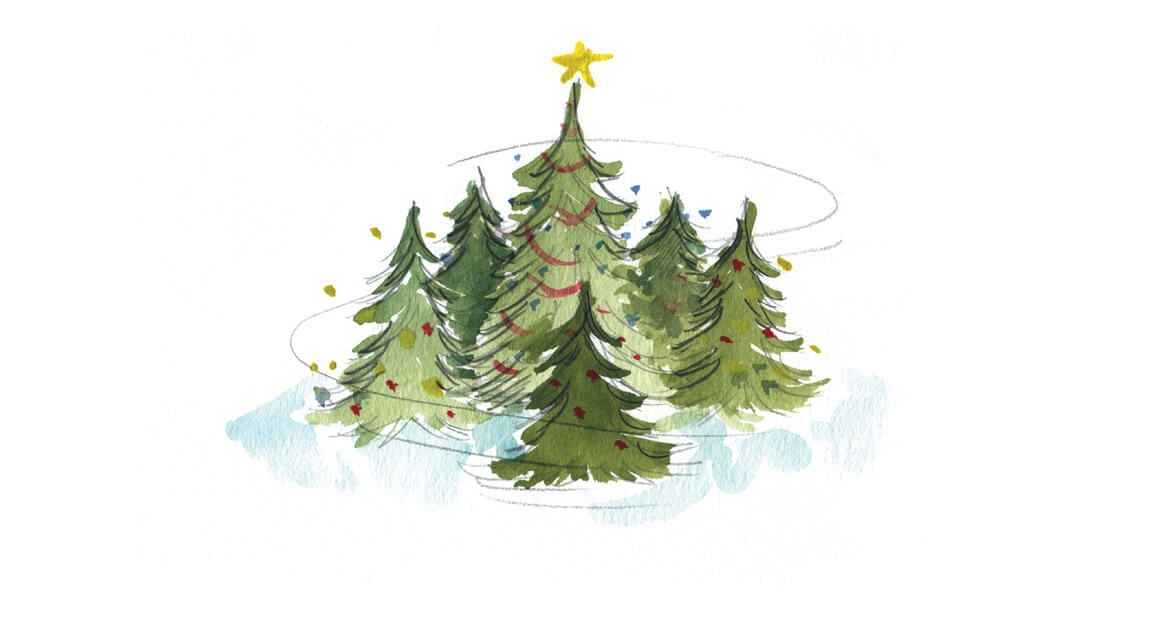 Anyone from Kannapolis is familiar with the transformation of Village Park each December. Whatmakes this winter wonderland of lights different from other towns’ celebrations? A nighttime parade featuring the Kannapolis Singing Bears, who, throughout the month of December, perform every hour, on the hour, from 6 to 9 p.m. 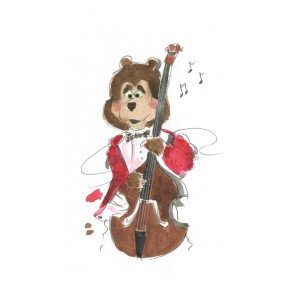 Experience a small-town miracle in Oriental, where the choruses and brass bands; open houses and Yuletide feasts; live Nativity, Santamobile, flotilla, and on-foot parade make for a whole season’s worth of celebrating in a single weekend. A good thing, too, because after experiencing the lighting of 3,000 luminaries across town, we’re ready for our winter’s nap. 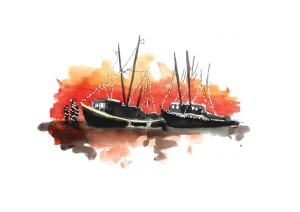 North Carolina’s most graceful parade, the Swansboro flotilla, makes three passes by the city. Vessels decked in tinsel and lights sail from the high-rise bridge at Emerald Isle, down the White Oak River, and reach the Port O’Swannsborough. 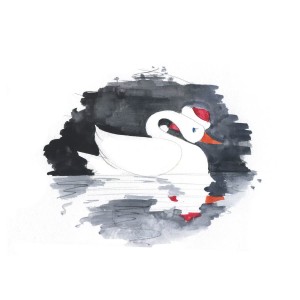 4. Mount Gilead: Christmas for the Birds

The ceremony comes from the soil at Town Creek Indian Mound, where Native Americans once centered their spiritual traditions and lives, and where a group still gathers each Christmastime to fashion a homemade gift to nature. Mount Gilead invites all to participate in covering pinecones with suet and birdseed, and then hanging the edible ornaments on branches for our oft-forgotten feathered friends. 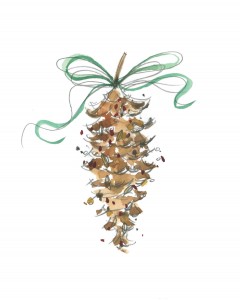 In 1752, when the British Empire switched from the Julian calendar to the Gregorian, 11 days had to be dropped from the year. Hatteras Island still celebrates the “old” Christmas in Rodanthe, with an oyster shoot and roast, a pageant, and candy pulls. 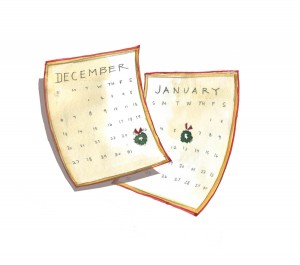 During the Great Depression in North Carolina, a time when Christmas would have otherwise been present-less, the employees of Southern Railway gave children a treat. Handing out oranges to the wee ones gathered alongside the railroad line circa 1930, Spencer’s railway employees established the tradition of a Christmas token that’s still observed today at the North Carolina Transportation Museum. At the end of The Polar Express train ride, each child receives a silver bell. 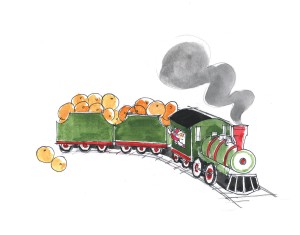 In an oak grove just north of Troy, a little wood-frame church rings in the Christmas season with a simplicity that, these days, seems nearly extinct. Decorations made from nature only — sticks, leaves, and boughs — preserve the plain, sacred feel of the historic Shiloh Church, while a fireplace, sugar cookies, and the sanctuary’s namesake “Shiloh” tea provide warmth and comfort during a reading of the Christmas story. 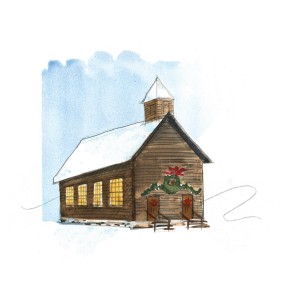 How is Santa able to climb down millions of chimneys around the world in a single night? He practices. Every year, on two “training days” in December, he heads to the Hickory Nut Gorge 25 miles southeast of Asheville, scales the 315-foot Chimney Rock, and rappels safely back down again. As usual,
his trusty elves are on hand to assist. 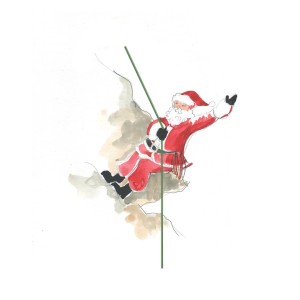 With glass mugs raised high, “Be well and in good health” is the message from members of the Cupola House Association to visitors enjoying homemade cookies and hot cider. It’s one stop among many on Edenton’s annual tour of homes, but very possibly home to the longest-running tradition of hospitality itself. 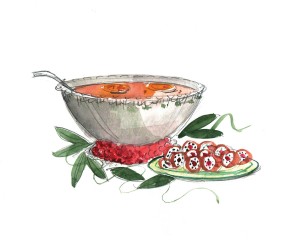 This Yuletide tradition arrives at St. Mary’s Episcopal Church from a time when Englishmen killed boars for banquets, and Christians shared a feast symbolizing Christ’s victory over sin. Today, llamas and chickens, lords and ladies share the stage with Mary and Joseph in a church-meets-banquet-meets-circus production. 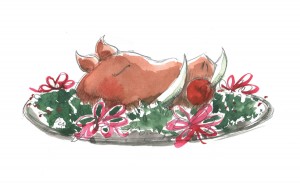 The local Santa keeps his beard Christmas-ready at all times, so it’s no surprise that the Christmas lights in Forest City stay up year-round because, well, there’s a half-million of them, at least. And why not be reminded of this scene all year long: a steady stream of cars on small-town streets, their passengers with noses pressed to the windows, captivated by that North Carolina glow? 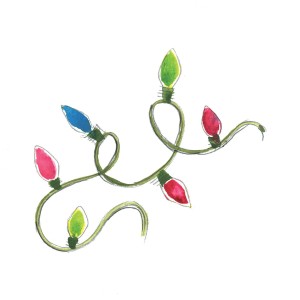 The Christmas tree lighting is a quintessential small-town tradition. Picturesque as Whoville with its merry Whos — short, tall, old, young — swaying hand in hand, Clayton’s tree lighting (which, appropriately, celebrates its 25th anniversary this year), too, boasts a singing mayor, a sky-high 30-foot tree, and that moment synonymous with Christmas itself: when dark turns to light. 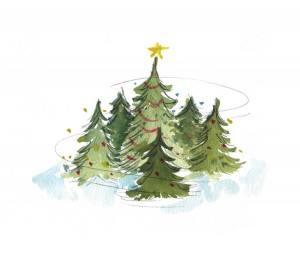