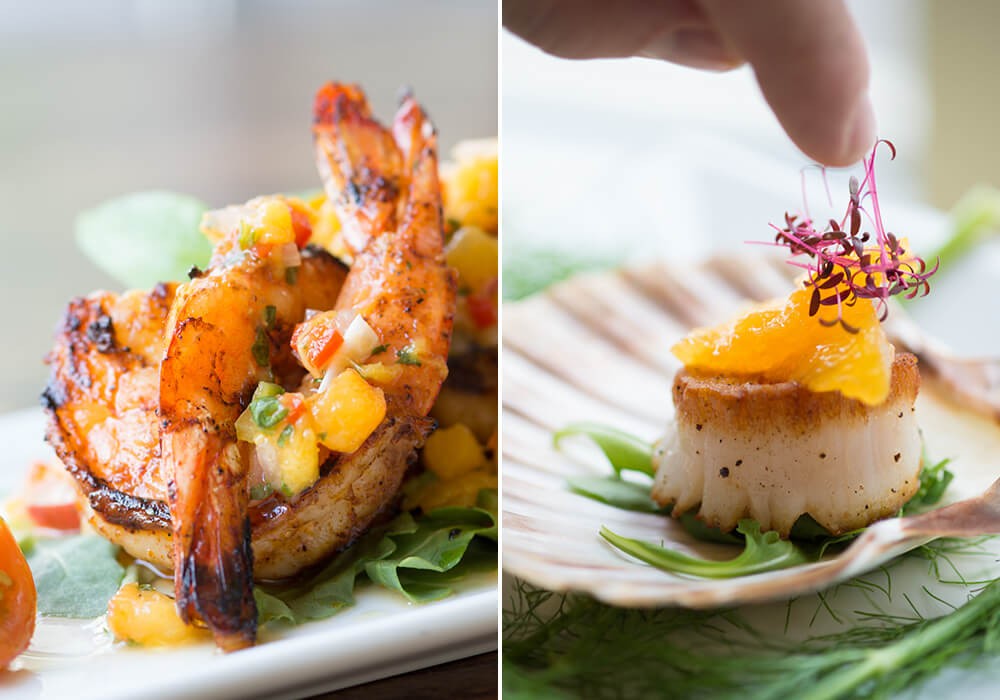 This family-owned farm-to-table restaurant offers a modern twist on traditional Southern fare with dishes like the shrimp and grits.

You have to try: The Farm Breakfast — a plate of local eggs with stone ground grits or Sunday potatoes, apple wood smoked bacon or sausage, and a buttermilk biscuit. 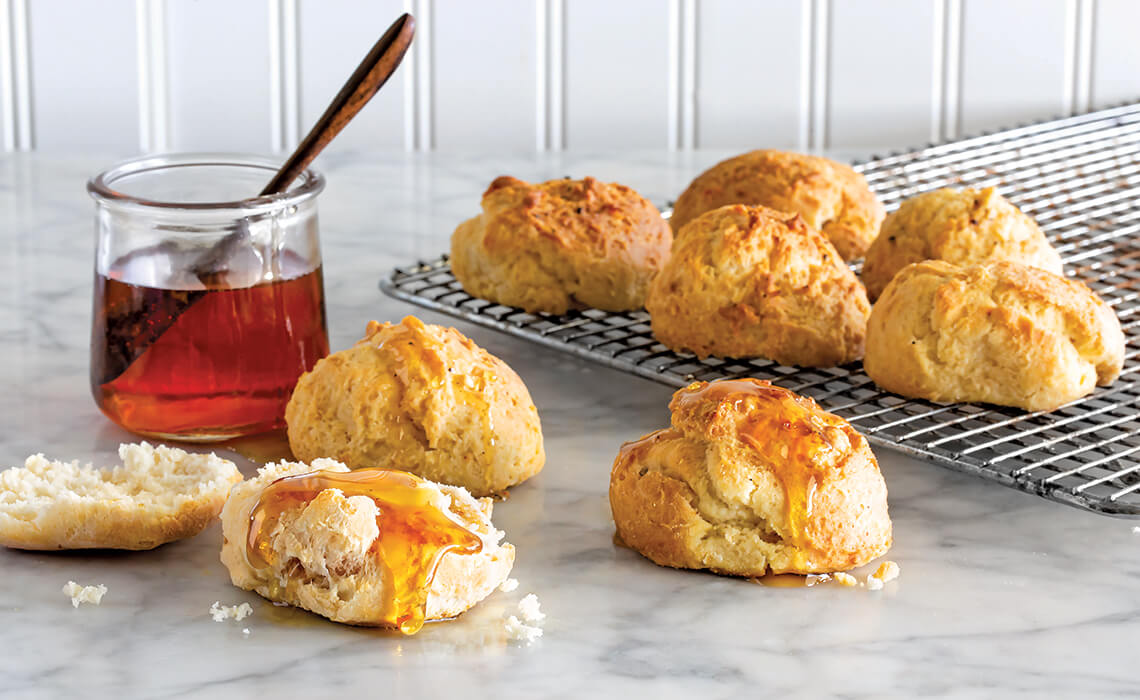 Born in downtown Asheville more than 15 years ago, Tupelo Honey has spread its love for biscuits and honey to more than a dozen locations across the country. photograph by Tim Robison

The team at Tupelo takes pride in crafting scratch-made Southern food from responsibly sourced ingredients — like the picnic chicken salad, made from antibiotic-free chicken.

You have to try: The Shoo Mercy Griddle — a plate of pancakes or French toast topped with spiced pecans, plus two strips of bacon, buttermilk fried chicken, and two eggs.

The windows historic Stepp House was reimagined into a restaurant that serves breakfast all day. George W. Stepp, the home’s namesake, was a cabinetmaker who worked on the Biltmore Estate and served as mayor of Black Mountain from 1908 to 1911 and from 1915 to 1917.

You have to try: The huevos rancheros.

This gem of a restaurant is known for superior service and specialty pancakes — like spiced apple cinnamon — with homemade maple syrup.

You have to try: The Mountain Style Breakfast – a hearty selection with bacon, sausage, or ham; two eggs; fried potatoes, shredded hash browns, or country grits; and homemade buttered toast. 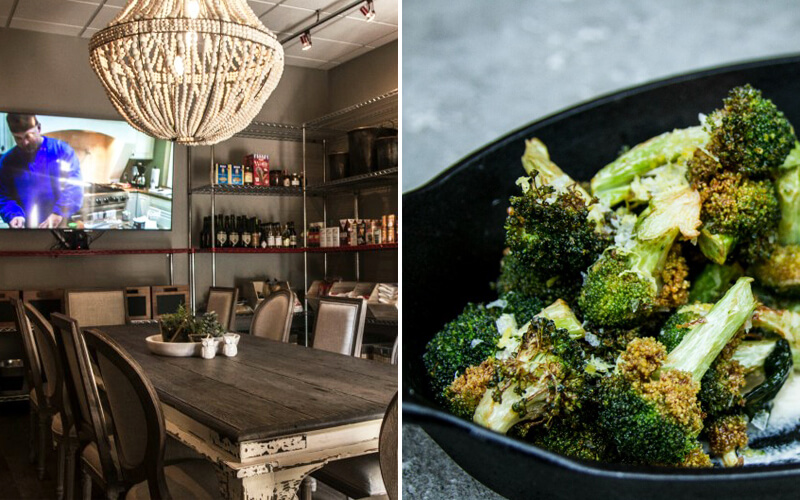 Despite the name, Café Rule is all about, well, breaking the rules. They like to approach familiar foods in innovative ways — like the cheesy grit fritters with jalapeño jelly.

You have to try: The Crab Benny.

You have to try: The buttermilk biscuits smothered in the aforementioned famous gravy.

With menu items like collard greens, macaroni and cheese, grits, and potato salad, Dame’s offers true Southern comfort food, but they’re, of course, known for their chicken and waffle offerings.

You have to try: The Carolina Cockerel — three fried chicken wings over a classic, sweet potato, vegan, or gingerbread waffle with your choice of shmear and side. 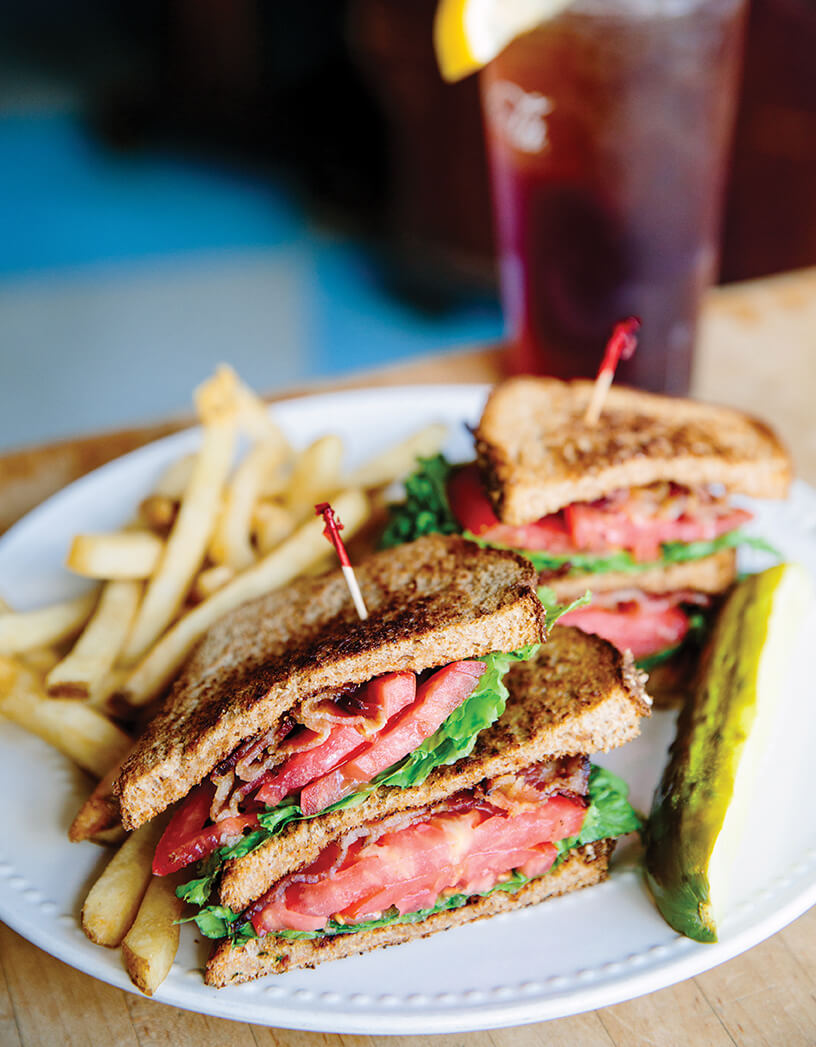 Founded in 1922, Carolina Coffee Shop is the oldest continually running restaurant in North Carolina and has been serving up dishes made with fresh, local produce long before it was fashionable — like the nuts and berries salad with mixed greens, blueberries, strawberries, goat cheese, red onion, toasted pecans, and raspberry vinaigrette.

You have to try: The shrimp and grits.

Press is more than just a coffeehouse: Here, customers can indulge in made-to-order sweet and savory crepes prepared with locally sourced ingredients.

You have to try: The berries-and-cream crepe.

Diners at this down-home Southern restaurant can treat themselves to savory Southern comfort food — like the fried green tomato and okra basket, or a hot pan of sweet potato cornbread served with honey ginger butter.

You have to try: Miss Ora’s Fried Chicken. 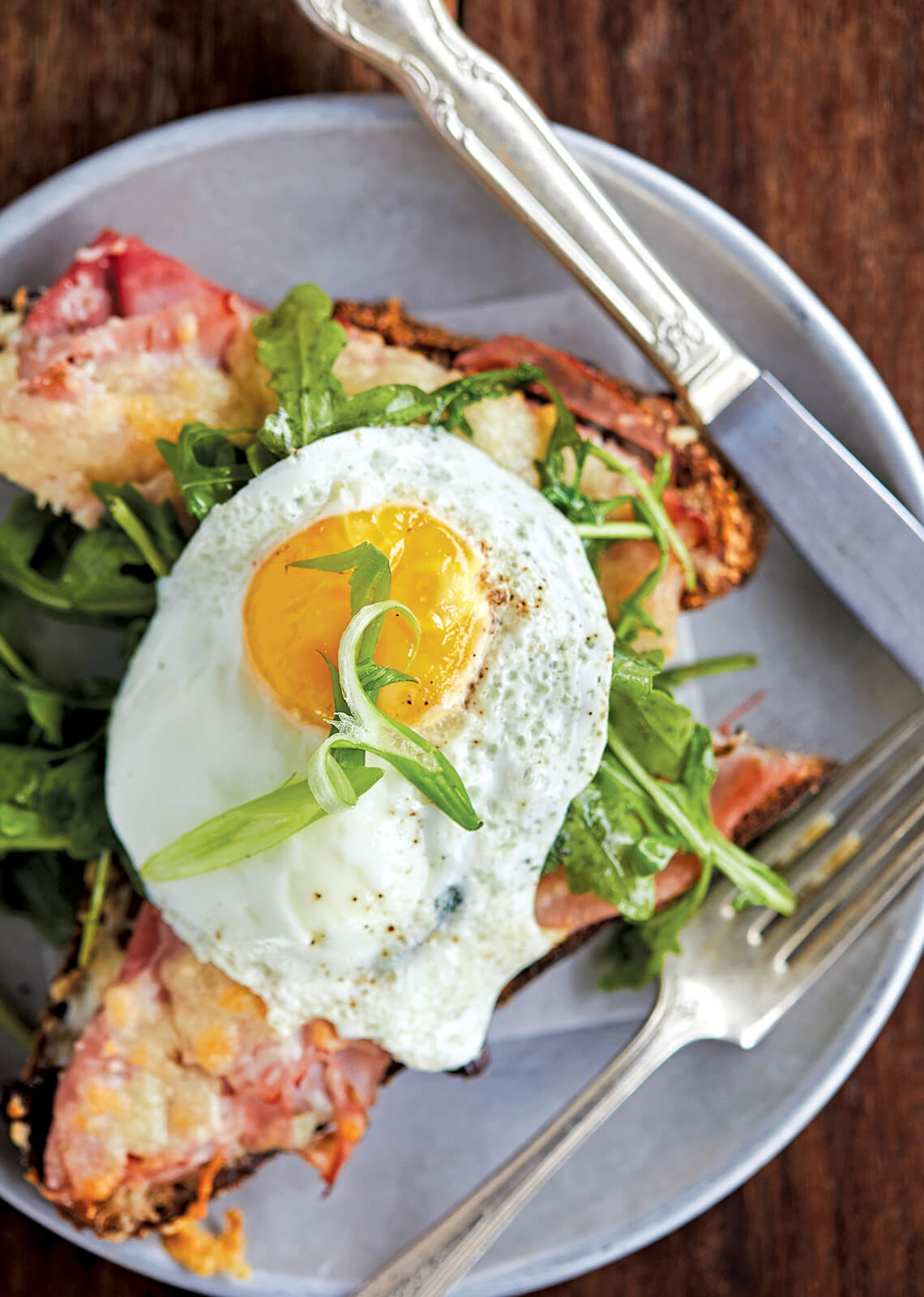 Menu items — like the peacemaker po’ boy and the charbroiled oysters — at this intimate eatery were influenced by chef Coleen Speaks’s years in New Orleans.

You have to try: The Hummingbird Breakfast — with eggs, choice of bacon or sausage, toast, and home fries or grits.

This farm-to-table pub was founded on the belief that the shared enjoyment of good food makes happy people.

You have to try: The smoked salmon benedict.

You have to try: The chef-created seafood omelet, which is made with the chef’s choice of the freshest seafood available each week.

You have to try: The cheeseburger omelet. 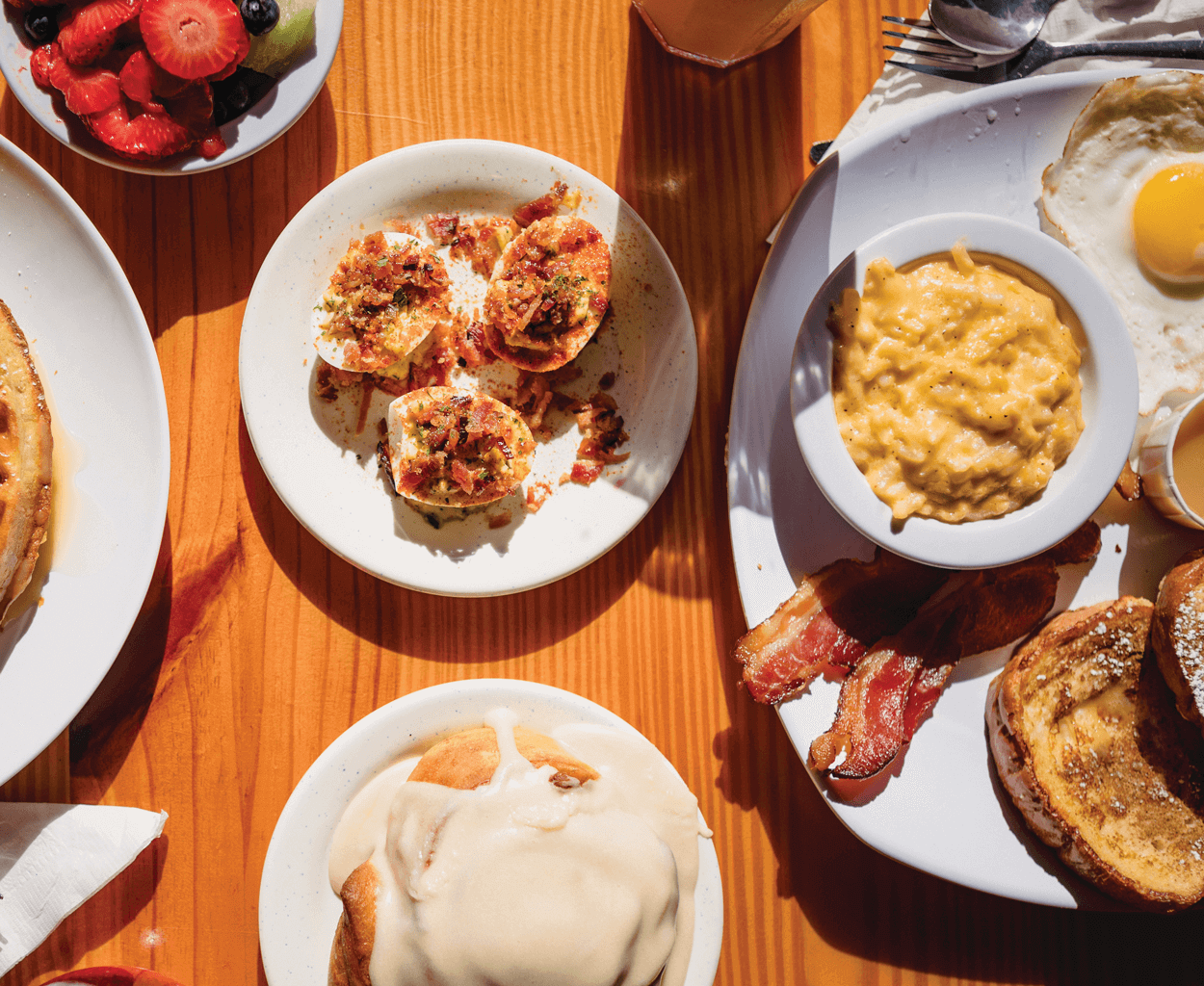 Baker’s Kitchen is best known for breakfast, but the restaurant’s chef, Duke Kroger, has been expanding its lunch menu, too. photograph by Baxter Miller

The recipe for this restaurant’s famous butter syrup is kept strictly under wraps, but it’s not a secret that it makes the best dishes even more delicious, especially the fluffy Belgian waffles.

You have to try: The French toast.

You have to try: The veggie burrito.

This bistro, in the Castle Street Arts District, makes its dishes — like homemade tuna salad on thick sliced wheat and black bean Benedict — with the freshest ingredients and a healthy dash of love.

You have to try: The French toast casserole.