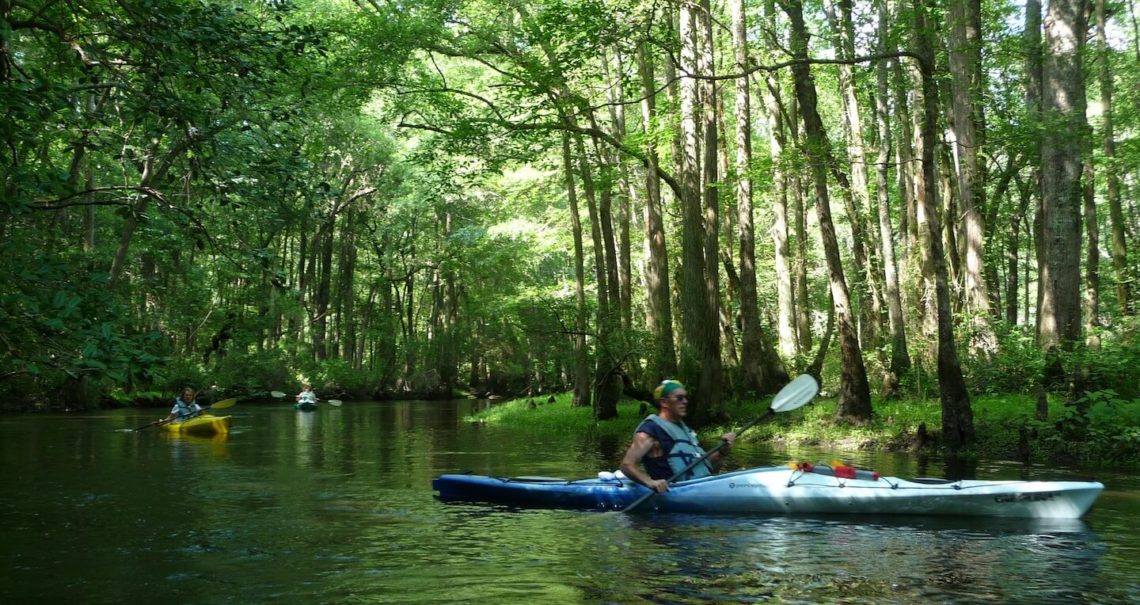 Laurinburg is one of those places you might pass through on your way somewhere else — but you’ll be missing out if you speed by on U.S. Highway 74 without stopping in.

The small North Carolina city has a big list of things to do: tour historic homes, learn about Scottish culture, explore the outdoors, sip local wines, experience the arts, stroll through historic downtown, visit Civil War sites, and learn about the history of the local railroad — all in a picturesque town that spans a mere 12 square miles.

Instead of passing Laurinburg by, stop in and spend the day. These seven sites are worth a visit.

John Blue House and Heritage Center: John Blue, a successful cotton farmer and inventor of the first cotton stalk cutter, became enamored with steamboat architecture while visiting Mississippi. His fascination inspired the design of the “steamboat gothic” home he constructed in 1895. The John Blue House and Heritage Center honors the history and culture of rural North Carolina after the Civil War. In addition to the grand house, the grounds include many historic homes and farm structures, including a cotton gin and original tobacco barn — one of only four remaining in the state — that were relocated to the site and preserved.

Laurinburg Art Garden: A partnership between the City of Laurinburg and the University of North Carolina Pembroke turned the site of a former gas station into a colorful art garden. Located on the corner of Church and Main streets, the art garden features a mural on the brick wall of the A.B. Gibson Education Center and up to 16 sculptures created by UNCP students and instructors. The sculpture collection rotates every April to coincide with the spring arts festival. 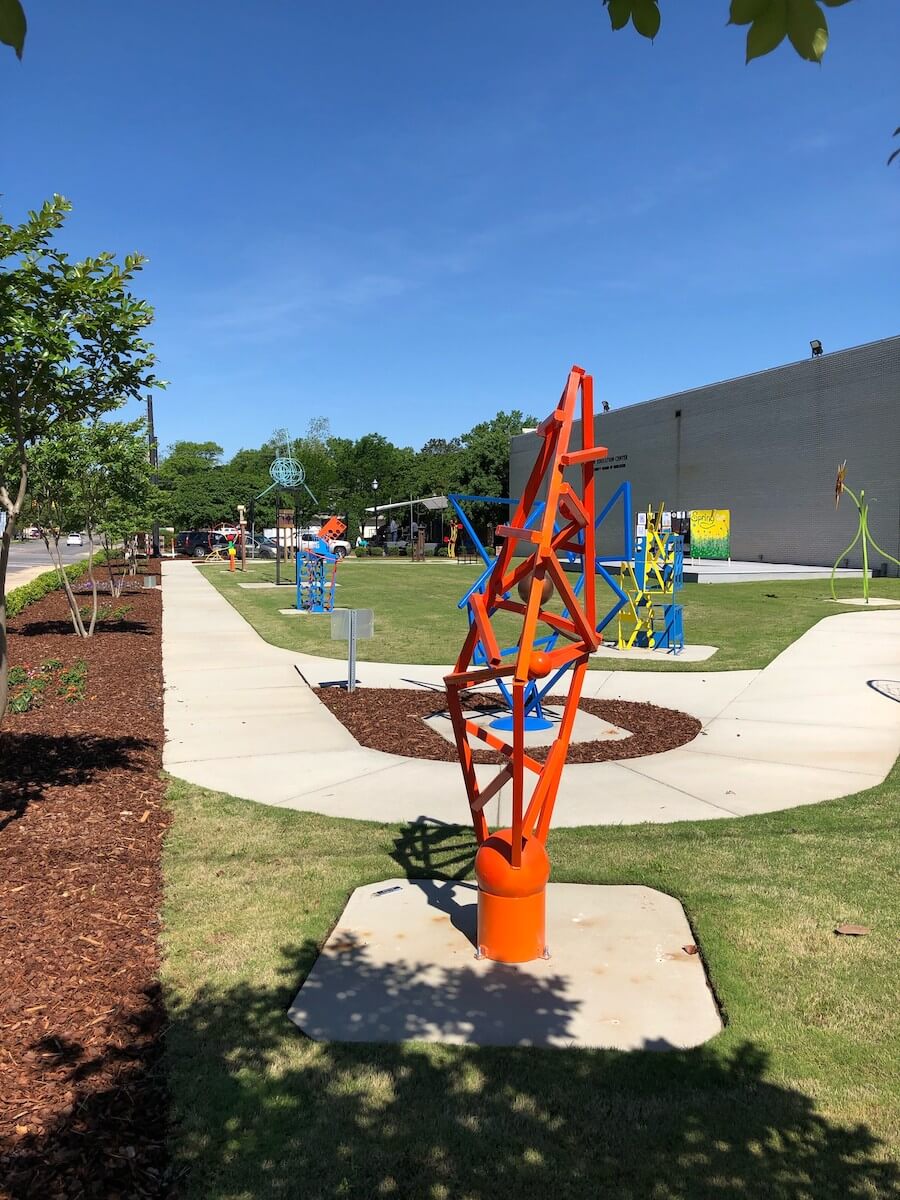 Lumber River State Park: The Chalk Banks access in Wagram serves as the gateway to the 12,000-acre outdoor playground. Hike the Chalk Banks Trail, a three-mile loop trail that winds through wetlands habitat and hardwood forests, or paddle down the Lumber River. The inky black waters of the 115-mile river run through Scotland, Robeson, Hoke, and Columbus counties; it’s one of only four North Carolina rivers designated a National Wild and Scene River and the only black water river with the designation. Pack a picnic and spend the afternoon exploring the outdoors.

Downtown Laurinburg: Downtown Laurinburg is home to more than 50 historic buildings, making a self-guided walking tour feel like a step back in time. Look for the Central Historic Hotel on Bizzell Street; the oldest building in the historic district was constructed in 1893 and is slated for renovation. Stop in at Weekend Warrior for outdoor gear or grab a bite at Fore’s Family Restaurant on Main or Jin Jin Chinese Restaurant. One Friday night each month, live bands take the stage at Laurinburg After Five, turning downtown into an outdoor dance hall.

Charlie T Locklear Vineyard: Scotland County has a proud agricultural heritage. Cotton and tobacco may be disappearing from the landscape, but a new crop is taking their place: grapes. The Locklear family grows muscadine grapes, pressing them into award-winning wines like Noble Sweet, their signature wine made from red noble muscadine grapes. The micro-winery also makes fruit wines, blending grapes with fresh blueberries, strawberries, peaches, and blackberries. Summer in a Bottle, a blend of muscadine grapes, mango, and pineapple, is ideal for summer sipping. Tours and tastings are offered daily, giving you a firsthand look (and taste) of the winemaking process. 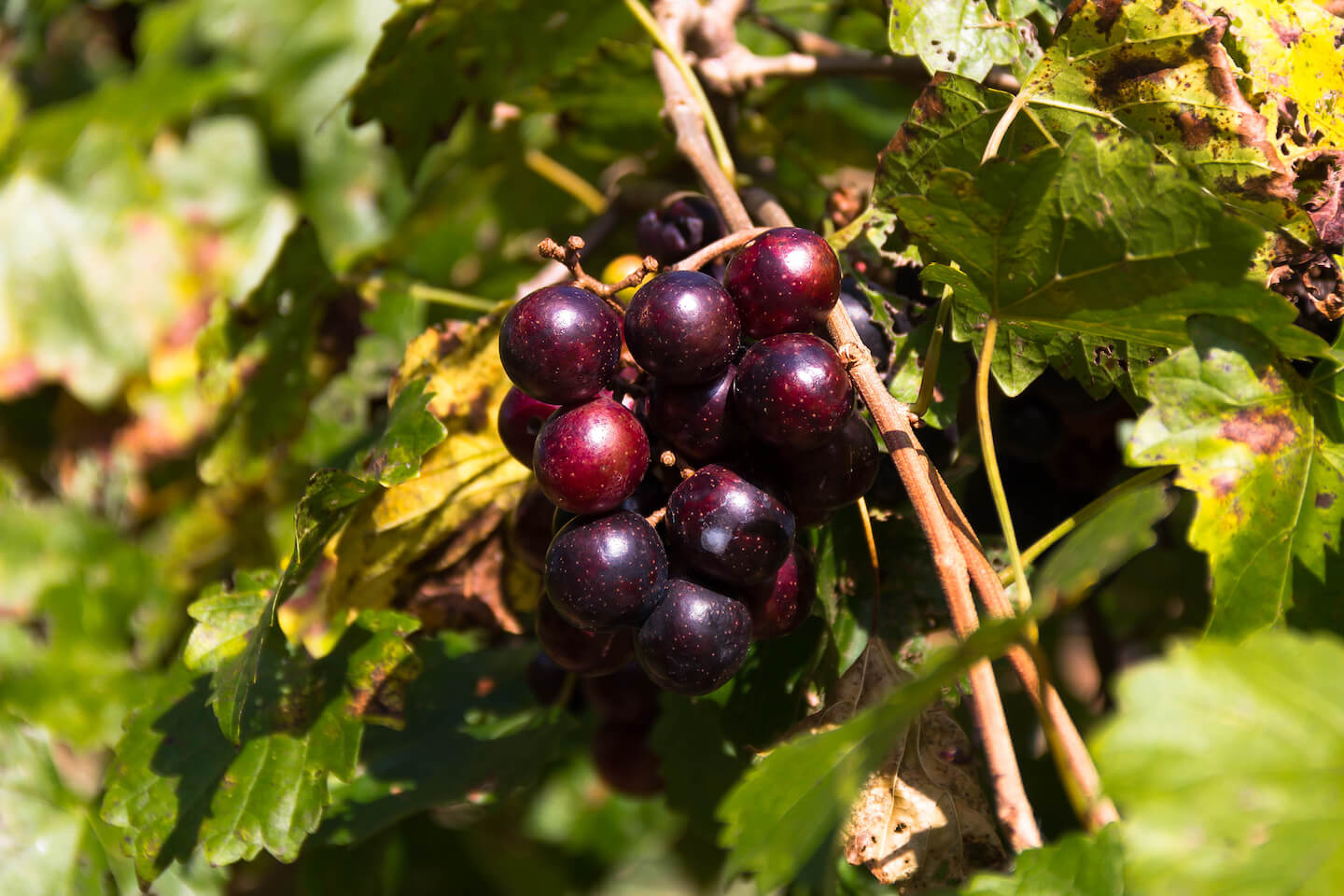 Grapes on the vine. photograph by Getty Images / B.S. Pollard

Civil War Trail: Regarded as the largest open-air museum in the world, the national program includes 1,600 sites designed to follow in the footsteps of Union and Confederate soldiers who traveled through Maryland, Virginia, West Virginia, Tennessee, and North Carolina. Laurinburg is home to 13 sites. Old Laurel Hill Church, built in 1797, was a hideout for Civil War soldiers; Murdoch Morrison Gun Factory manufactured weapons for the Confederate Army before General Sherman’s army destroyed it in 1865; and Stewart-Hawley-Malloy House was the birthplace of Union General William Hawley. The Scotland County Tourism Development Authority installed new interpretive signs at the sites in 2019.

The National Railroad Museum and Hall of Fame: The railroad transformed Laurinburg and surrounding towns, and the museum highlights the people and events that shaped the local railroad. Located adjacent to the 1900 railroad passenger station, the museum includes exhibits of railroad memorabilia, including photographs and maps such as an 1898 map highlighting the routes of the Seaboard Air Line Railroad.