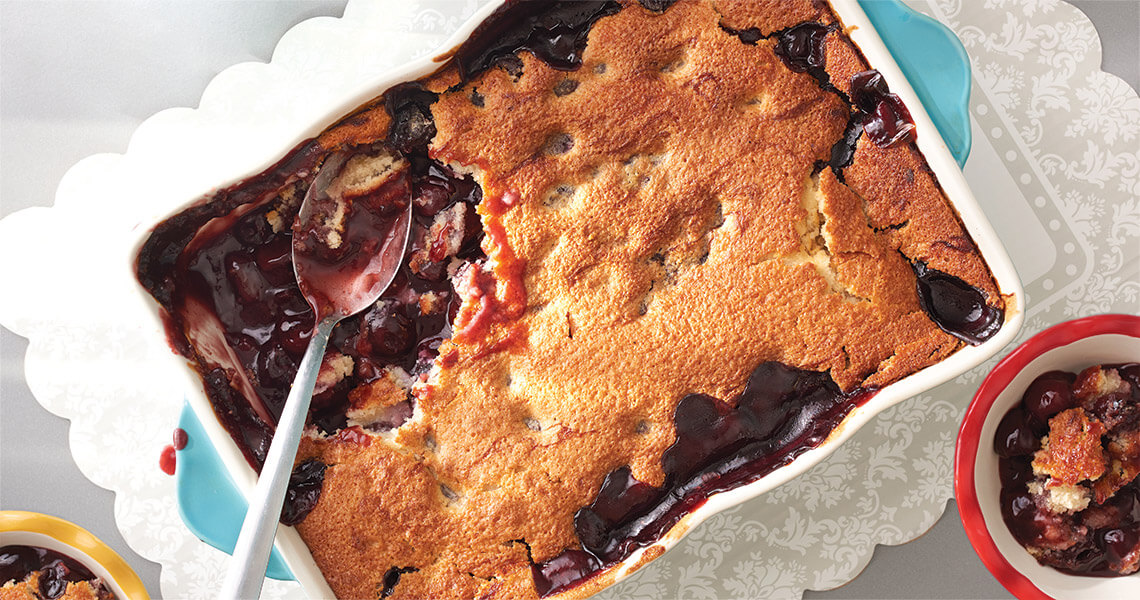 What’s a sonker? Ask bakers in and around Mount Airy, and you’ll get a thousand different answers. The 200-year-old Scotch-Irish tradition — deeper than a pie and juicier than a cobbler — was typically served in a rectangular baking dish and was a dessert large enough to feed a big family or farmhands who’d spent the day working in the fields. Each family’s recipe is different.

And although no one knows how or why Surry County became the center of the sonker world — or even the origin of its name — when locals hanker for warm, juicy fruit baked into a sweet crust, they know just where to go.

Anchored owner Samantha Coleman is a third-generation sonker maker who brings a modern sensibility to her classic family recipes.

Around the corner from Coleman’s shop is Miss Angels Heavenly Pies. To give her sonker a twist, owner Angela Shur soaked fruit in another mountain tradition, moonshine, and named the result “zonker” because it had a little kick.

Half a block away is a whole different kind of sonker: It’s baked in individual pans, and has a sophisticated, delicate flavor and texture, with a crunchy crust made by grating cold butter and sprinkling sugar on top when the sonker is almost done.

The sweet potato sonker is served hot in a martini glass with a side of milk dip — which is not actually a dip but a sugar-milk sauce that’s traditionally poured over individual servings of the dessert.

As befits the store’s location in the historic town of Rockford, this sonker is made in the traditional style and is topped with cold ice cream.

Each apple or blueberry sonker is baked to order and topped with vanilla ice cream.

Seasonal sonkers — with ingredients like raspberries, blueberries, and sweet potatoes — rotate as often as weekly, and are served with ice cream.

Mark Thrower, the executive chef at Harvest Grill, the restaurant at Shelton Vineyards, adds wine into his recipe for sonker, which he bakes in individual cast-iron pans and tops with vanilla frozen custard.