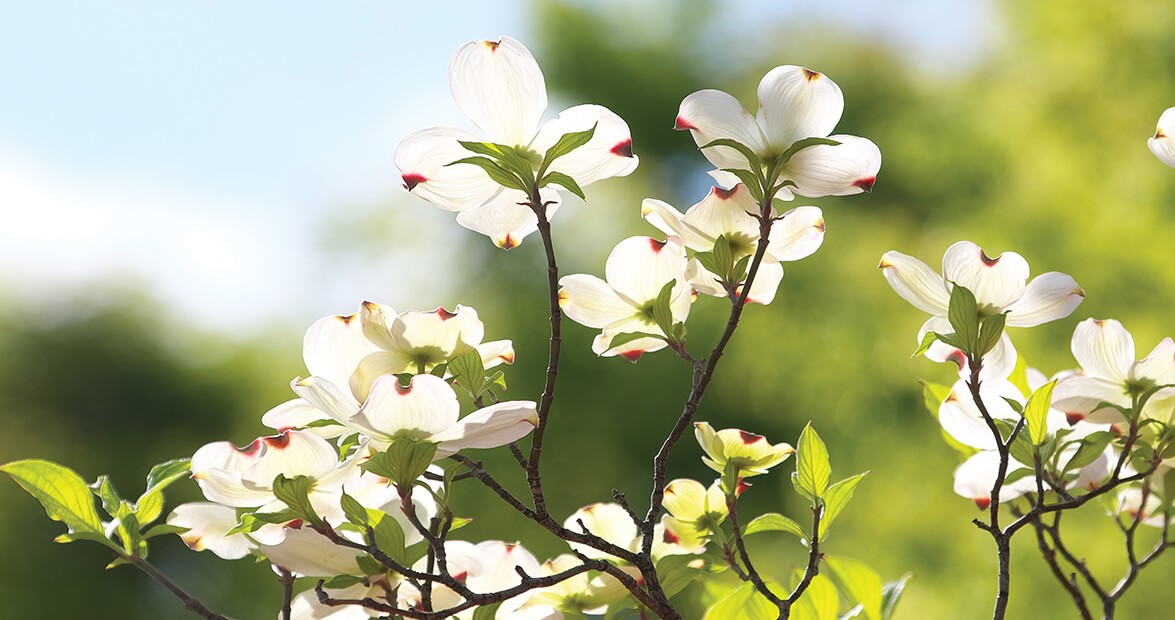 1. State lawmakers made the dogwood the state flower in 1941 because the people demanded it. Before that, this very magazine got “an average of five or six letters … every week” asking about it. Just after the legislature tried (and failed) to name the flame azalea as the state flower, The State printed this exasperated reply: “Our response from now on will have to be the same as it has been in the past: North Carolina ain’t got no official state flower.”

2. The dogwood is a tree, not a flower. I know, right? Missouri calls the flowering dogwood its state tree; in New Jersey, it’s the state memorial tree. In Virginia, it’s the state tree and the state flower. Bless her heart, that Virginia can’t make up her mind about anything.

3. The largest dogwood tree in the state, and maybe the country, stands in a cemetery in Clinton. In addition to being more than 31 feet tall and having branches that spread out 48 feet, the tree was featured on the cover of the local phone book. “Ma, I made it” is probably what the tree would have said.

4. North Carolina has five dogwood festivals. Five! And they’re all in April, which means that if you’re a dogwood fan, man, you’re booked up solid. The oldest is in Statesville, which began crowning a Dogwood Queen in 1969. Fayetteville started calling itself the “City of Dogwoods” in 1982, which is fine and all, but isn’t it much cooler if someone else gives you the nickname?

5. Americans spend nearly $70 million a year buying dogwoods, and Dr. Tom Ranney of North Carolina State University is spending most of his time these days trying to create better ones. His research to create more disease-resistant trees is complex, but it boils down to this: By looking at the trees that thrive in the worst conditions, he’s going to grow the best specimens.

6. It is possible to patent a variety of dogwood. Dr. Ranney has done so. So has a chemical engineer from Thomasville named Pierre Simmen, who worked to cultivate a special variety that he ended up calling the Bob Timberlake Eternal Dogwood. Timberlake himself planted the tree at his art gallery in Lexington in 2003. Note to self: Develop a special type of tree as a birthday present for my wife. “I’m doing this for you!” I’ll occasionally call out as I splice limbs onto trees in the backyard.

7. Merriam-Webster says that the word “dogwood” was first used in 1617 (happy 400th birthday!). One version of the dogwood’s story goes that the tree got its name because if you boiled its bark, the resulting liquid could be used to treat dogs with mange. I myself prefer a flea collar.

8. Oh, and as for the flower itself, it’s showy and beautiful, and its unfurling red, white, pink, or yellow petals are a sign that warmer weather is here to stay. It’s a fitting reward for surviving a long, brown winter: a pretty pop of color, everywhere you look.