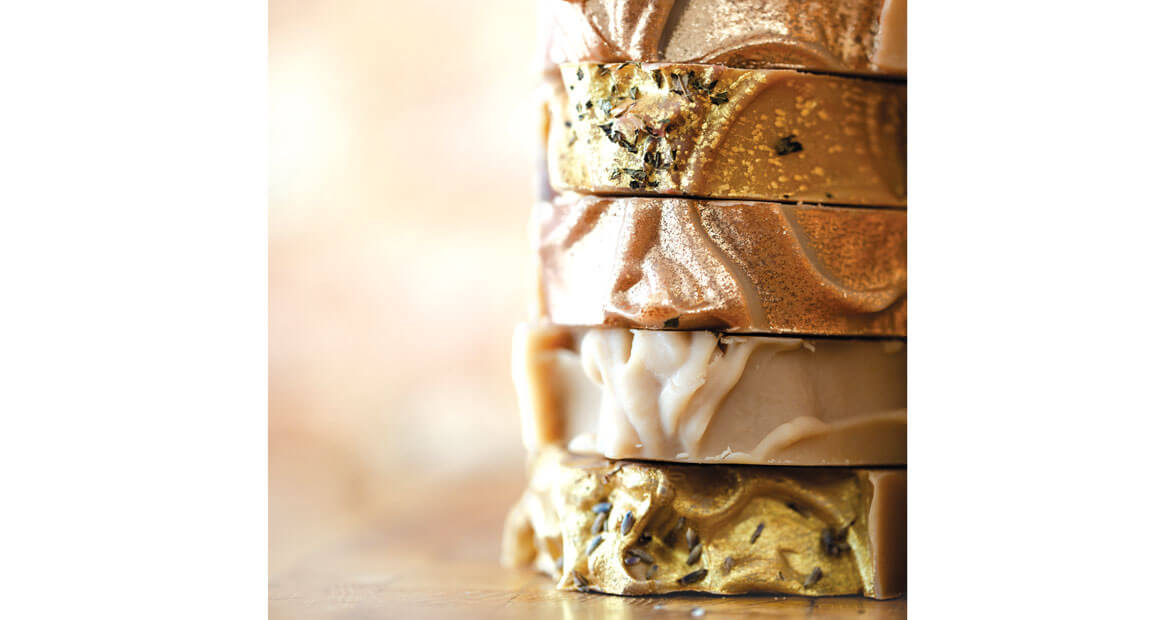 With their creamy colors and “flavors” like black raspberry vanilla and sweet orange chili pepper, the products at Hickory-based Artisan Soapery seem good enough to eat — not surprising, since owner Katye Fredieu ran a successful cake-decorating business in her hometown of Las Vegas for years.

After a near-fatal motorcycle accident in 2011, though, she was forced to give up that profession. When she struggled with skin irritation around her scars, she started making her own soap with organic ingredients. “Within a week, my rashes were gone,” she says. “I thought, ‘There’s got to be other people with skin ailments who I could help, too.’”

Fredieu’s success led to her own brick-and-mortar business in California. Since moving to North Carolina with her husband in 2017, she’s been selling soaps, bath bombs, and other products out of a renovated 1926 storefront on Hickory’s Union Square. In the back, she blends nine organic emollients — as well as milk from her own goats — to craft soaps in a wide range of colors and scents. Some, like the Blue Ridge Mountains and Rolling Foothills bar soaps, honor her new home state by reflecting the nearby landscape.

Fredieu often hosts moms’ nights out, as well as groups of homeschoolers who learn about chemistry through her soapmaking demonstrations. And every Saturday, she invites other artisans to hold pop-ups inside the store, selling everything from pottery to chocolates. “I love contributing to this amazing community,” says Fredieu, who now serves on Hickory’s downtown board. “North Carolina has been so good to me.”