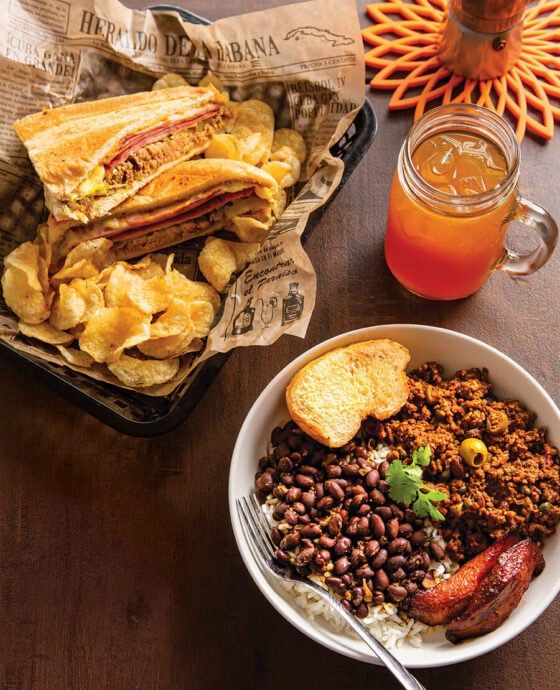 When Betty Martinez-Sperry started creating the menu for Cousins Cuban Café, she initially struggled to find a balance between the authentic Cuban cuisine that she’d grown up eating and her own creativity. “You can’t do any of your little fancy stuff there,” admonished Liane Martinez, one of the Martinez cousins who opened the Black Mountain restaurant in 2020. “I’m not going to,” Betty replied. “I’m just going to add a little bit that’s different.”

That “little bit” of difference excites transplants and visitors from south Florida, who are thrilled to find Cuban coffee and classic dishes made with pork, rice, beans, and plantains; they often say that the food is better than what they find in Miami. There are nods to the cousins’ adopted home, too, like the Cubano sandwich, which is made with North Carolina pulled pork rather than the traditional sliced. These dishes, along with the family photos and newspaper articles that hang on the walls of the café, tell the story of the Martinez family.

Betty’s mother, Isabel Martinez, was pregnant with Betty when she and her entire family — parents, siblings, husband, and three daughters — left Castro’s Cuba in 1960. They settled in Miami, where Betty was born a few months later. “They kept tight between friends and family and built this really close-knit community,” Betty says.

As the youngest of four girls, Betty often stayed with her grandparents while her parents worked. She would follow her grandmother to the kitchen and watch as she made Betty’s favorite lunch, palomilla — a thin steak topped with cooked onions and served with rice, beans, and plantains.

“Growing up, of all my sisters, I was the one who was most interested in cooking,” Betty says. Holidays were centered on food, too. “There would be cousins and family and friends always at everybody else’s house.”

As adults, many of the cousins moved to different states. But a few of them — Betty and her sister Bertica Spencer, and Liane and her sister Maylin Travers — happened to vacation separately in the North Carolina mountains. 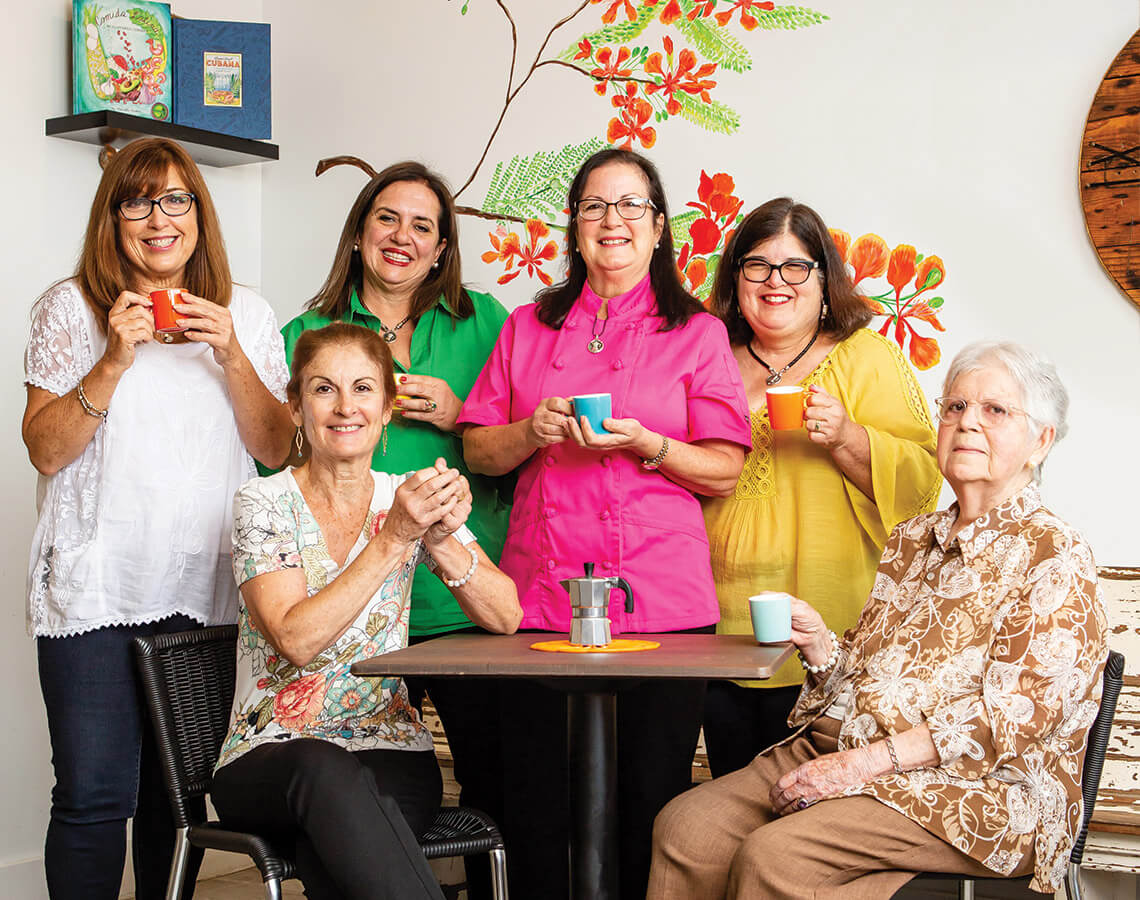 In 2012, Betty, Bertica, and their husbands built a house in Nebo, off of I-40’s Exit 86. After going several years without seeing their cousins, they discovered that Liane and Maylin had built a vacation house in North Carolina, too — off the very same exit. “You see our Cuban blood,” Betty says. “Of all the places in North Carolina, how did we end up here?”

In 2018, Liane and her wife, Anneyra Espinosa, opened Dancing Dragonfly in downtown Black Mountain, selling crafts made by local artists, including Maylin’s art and pottery and Bertica’s greeting cards. Serendipity struck again in early 2020, when the building next door became available.

Liane and Betty spent every day of the next six months peeling back layers from the walls to expose original brick, rerouting electrical wires, and clearing out debris. They reopened the doorway connecting the two buildings so that customers could move back and forth between the restaurant and the shop. “We call ourselves the Cuban Cracker Barrel,” Betty says, laughing, “because you can eat and shop at the same time.”

Cousins Cuban Café opened for breakfast and lunch that October. In the beginning, Betty spent a lot of time experimenting in the kitchen, perfecting family recipes. Flavors of garlic, lime, onion, cilantro, and cumin mingle in perfectly seasoned — but never spicy — rice bowls, with sides of crispy tostones, or savory fried plantains, alongside house-made mojo garlic sauce. Many recipes stem from ones that Betty’s mother or grandmother made, like the picadillo, with simmered ground beef, capers, olives, and raisins.

Once, a couple at the restaurant told Betty about the coconut flan that the man’s mother used to make until she died. Betty gave them a plate of her own coconut flan, based on her Puerto Rican mother-in-law’s recipe. When she returned, the customers both had tears in their eyes. The flan had instantly brought back memories of the man’s mom. 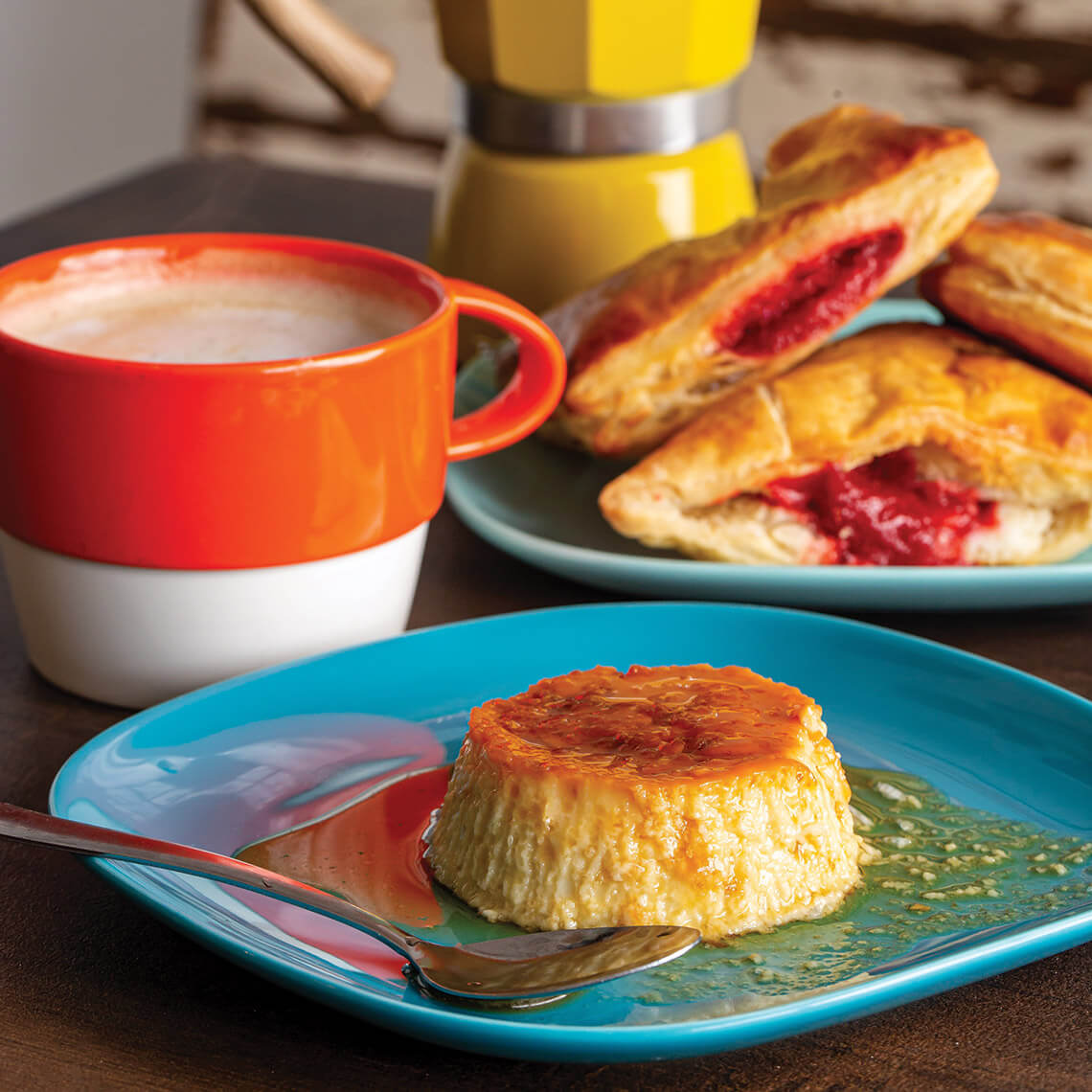 Being surrounded by her own family — Liane and Anneyra next door; Bertica, her husband, Robert, and two close friends in the café; Maylin, who works in the restaurant and paints murals on its walls — is “a dream come true” for Betty. “Everybody is so interested in hearing our story,” she says. “I’m able to talk about my family. And it makes me tear up because I feel like I’m sharing not only a part of my life, but also the food and just so much history.”

Hanging on the wall above the family photos in the restaurant is a sign that reads, Every family has a story, welcome to ours. “That sums it up for me,” Betty says. “The café for me is all about family.”