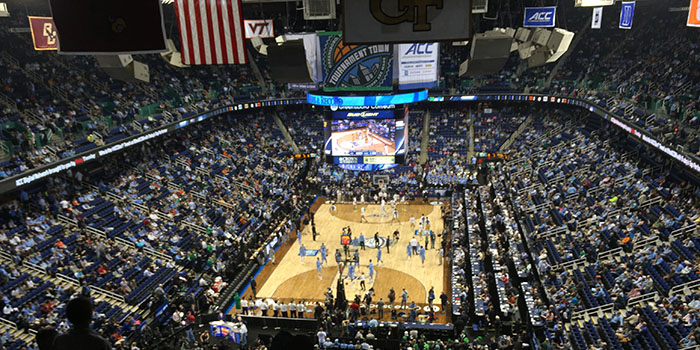 Charles Clotfelter got the idea a few years ago, after he watched Alabama brutalize Duke at football, 62-13. He was in the midst of writing a book about how big-time sports fit in at colleges and universities. The idea had consumed him for years. “People I know would start avoiding me on the sidewalk,” he says. “They’d say ‘Oh no, I know what he’s going to talk about.’”

In 2010, Clotfelter had two extra tickets to the Duke-Alabama game, so he gave them to his cousin Connie and her husband, who were visiting from Alabama. “You know, in Birmingham,” Connie told him after they’d left Wallace Wade Stadium in Durham, “you can read the newspaper and find obituaries that mention the Crimson Tide.”

The following Monday, Clotfelter, a professor at Duke University’s Sanford School of Public Policy, went to his office, pulled up The Birmingham News, and there they all were. “It wasn’t every one,” Clotfelter says, “but it was a lot.”

That was the beginning. By the end, Clotfelter and his research staff had read through more than 1,300 obituaries, all of which mentioned a deep connection to a college’s sports team. A few examples:

In all, Clotfelter found 50 obituaries each for 26 different teams, in North Carolina and beyond, and used them as the basis for “Die-Hard Fans and Ivory Tower’s Ties That Bind,” a study published online in The Social Science Quarterly in late January. Clotfelter figured that if your family is willing to put your love of the Tar Heels, Wolfpack, or Blue Devils in your obituary, a usually honest and sincere look at a life, you must have been a big fan. That doesn’t mean you’re an alumnus. Only about a third of all die-hard fans actually went to the college or university they root for. Another third never went to any college.

“If you want to know what’s the commonest way to be a fan, it’s propinquity,” says Clotfelter. “It’s being close to the college.” Most fans lived in the same state (one notable exception, Notre Dame, where the vast majority of fans lived outside of Indiana). “When you go out in the eastern part of the state, Sampson County, Brunswick County, or Bertie, and you see somebody with an NC State shirt on? That’s love.”

There were more surprising findings. A quarter of all die-hard fans were women. Clotfelter thought it would be fewer. And while fans weren’t big joiners of civic clubs like the Kiwanis or Rotary, they were more likely to be coaches or volunteers in youth sports programs.

This was an emotional connection that Clotfelter, who mostly focuses on the sober study of economics, hadn’t really thought of before. “In a way, you’re honoring your father if you cheer for the same team he loved,” he says. “You carry on that tradition.”

And just because you’re gone, that doesn’t mean you stop being a fan. “She will be watching March Madness from the heavens,” said one obituary. “She will be cheering on the Blue Devils of Duke and her beloved Coach K.”