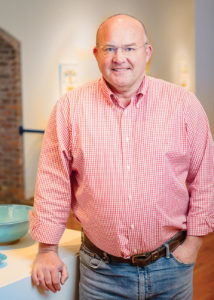 Todd Edwards has lived in Farmville for more than 50 years and helped lead the effort to revamp downtown. photograph by Baxter Miller

Downtown Farmville was once a thriving commercial center where farmers sold tobacco, shopped with local merchants, and stopped to talk to their neighbors. In 2011, after watching business after business close in the wake of the Great Recession, Todd Edwards, a general contractor, decided he wanted to bring back the town’s vibrant spirit. Edwards was one of four local business owners who banded together to form The Farmville Group, a grassroots economic development organization. They sent 104 letters to all of the downtown business and property owners to ask for their help with revitalization projects. Over time, locals rolled up their sleeves and got to work, “making great big piles of tiny, tiny victories,” Edwards says, like painting signs and murals on downtown buildings to create a mini art walk. Now, even residents of nearby Greenville seek out the new shops and restaurants lining downtown streets: an art gallery and a coffee shop, a French bistro and a brewery. “If a building comes available downtown, there are three or four people lined up to buy it, and businesses are moving in at a prolific rate — it’s the kind of thing that usually only happens in places like Raleigh and Charlotte,” Edwards says. “I’ve always had a passion for what this town could be, and it’s turned into a really cool place.”

The Little Rocket. Walk up to the takeout window and order favorites like cheese biscuits, chicken salad, and banana pudding. The local landmark has been serving up scratch-made dishes to go since 1963. 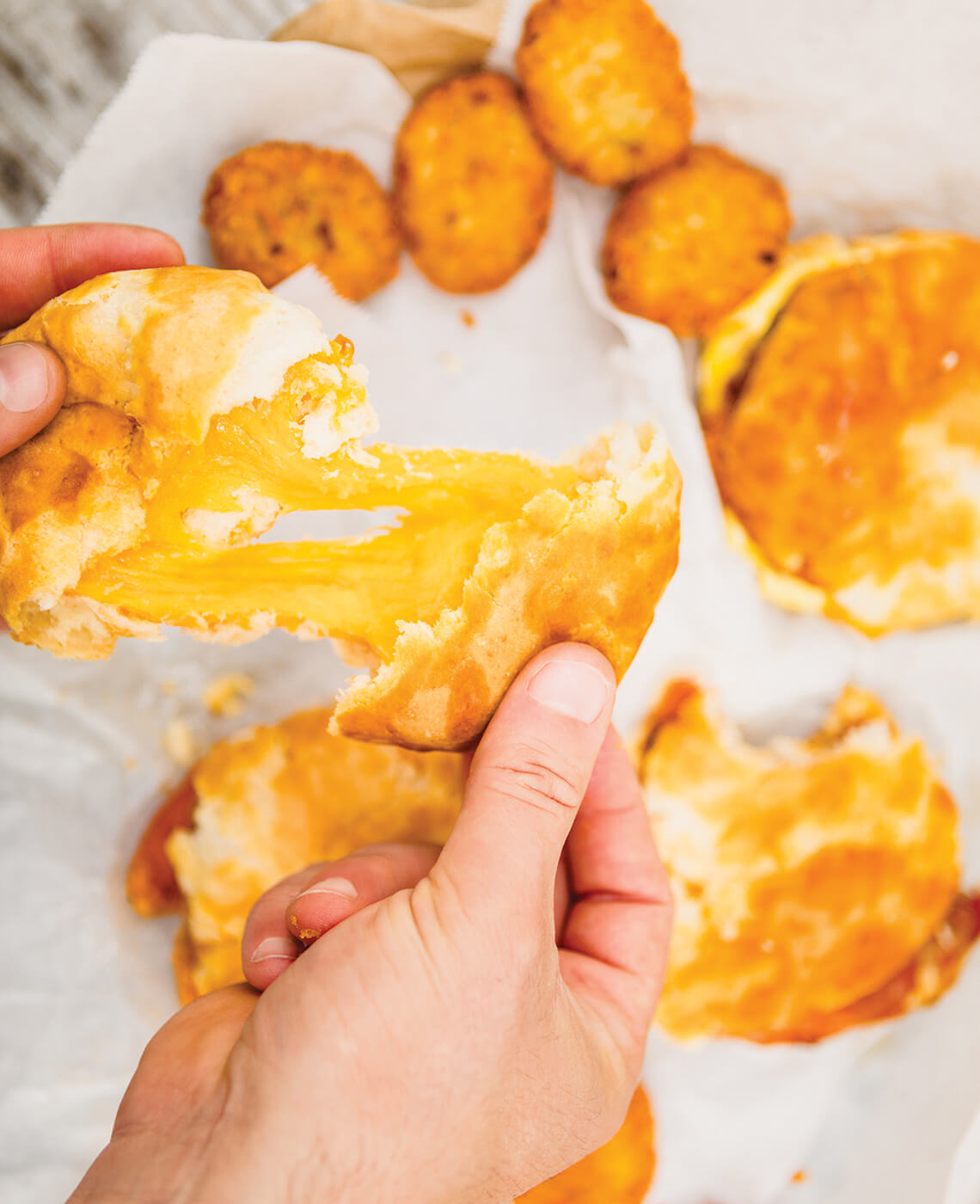 Cheese biscuits at The Little Rocket. photograph by Baxter Miller

Plank Road Steak House. Bert Smith, one of the founding members of The Farmville Group, established this upscale steak house. It’s the place to go for bacon-wrapped scallops, prime rib, and, of course, steak.

Café Madeleine. This French bakery is known for its croissants, fruit tarts, and macarons. “On Saturday mornings, people drive an hour and line up out the door just to order their pastries,” Edwards says. The lunch menu is popular, too. 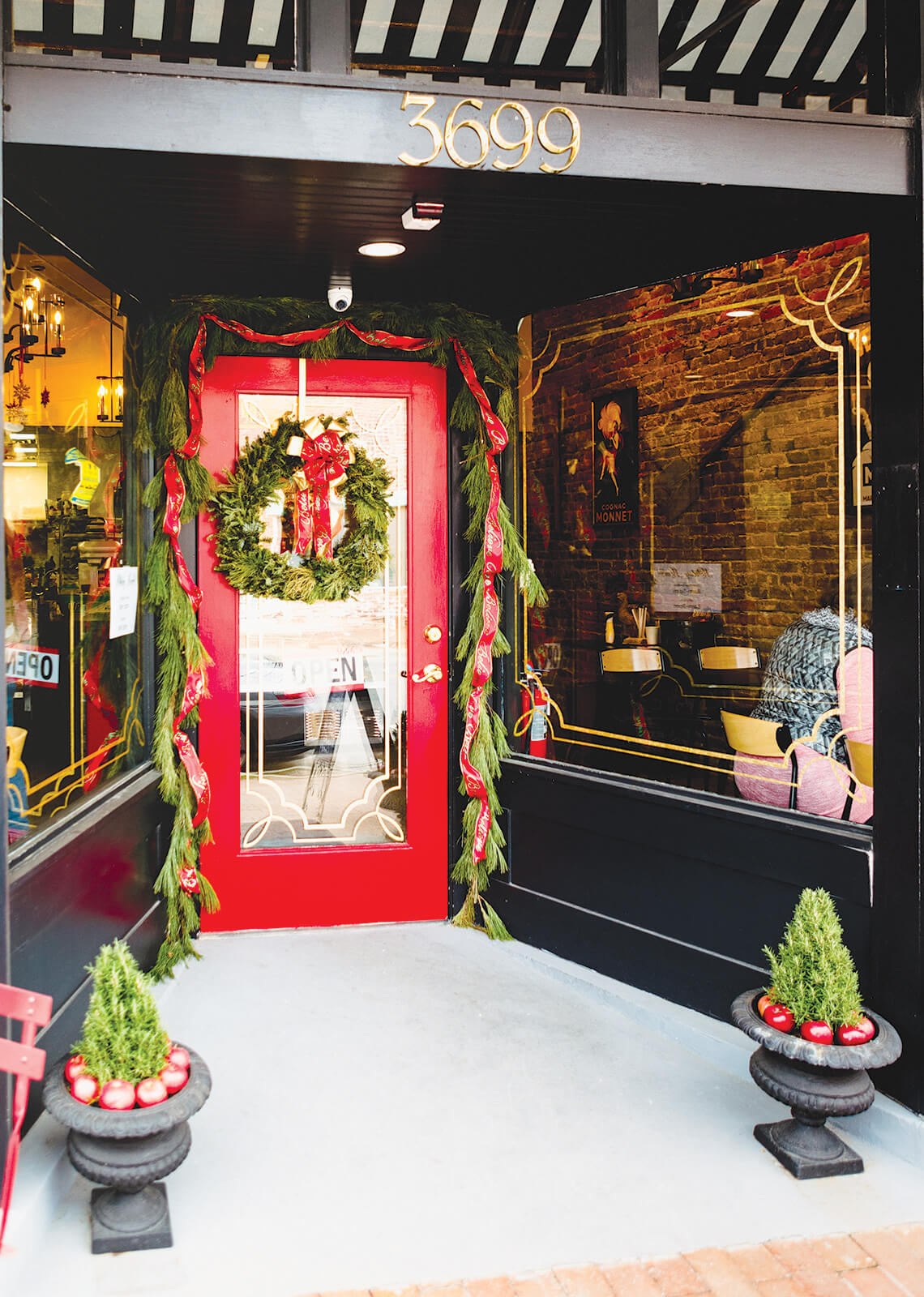 East Carolina ArtSpace. Artist studios and a gallery allow visitors to shop local artists’ collections, which range from ceramics and woodwork to forged metal and glass.

The GlasStation. East Carolina University holds its glassblowing classes inside this restored gas station, and students often open the studio to the public for demonstrations. “It’s been wildly successful and brought a lot of attention to town,” Edwards says. 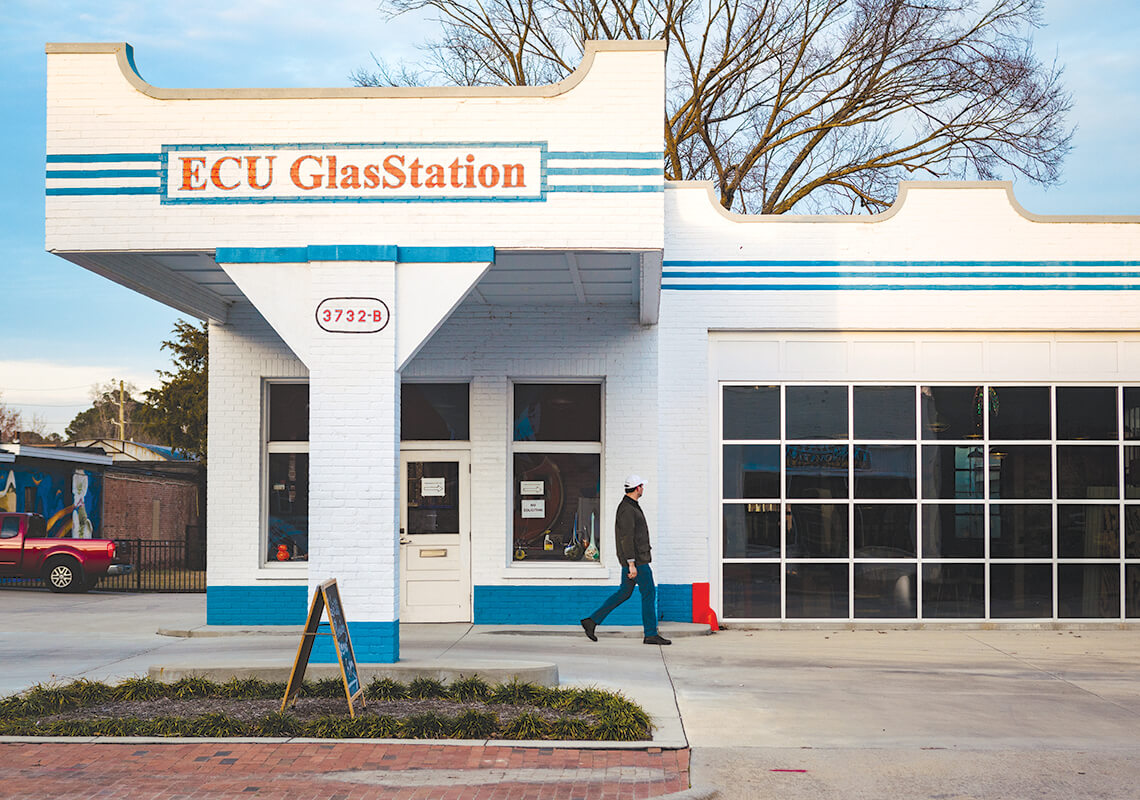 The GlasStation. photograph by Baxter Miller

Paramount Theatre. This historic theater has been the go-to spot for entertainment since the 1920s. The Farmville Community Arts Council continues the tradition, staging theater performances in the venue. 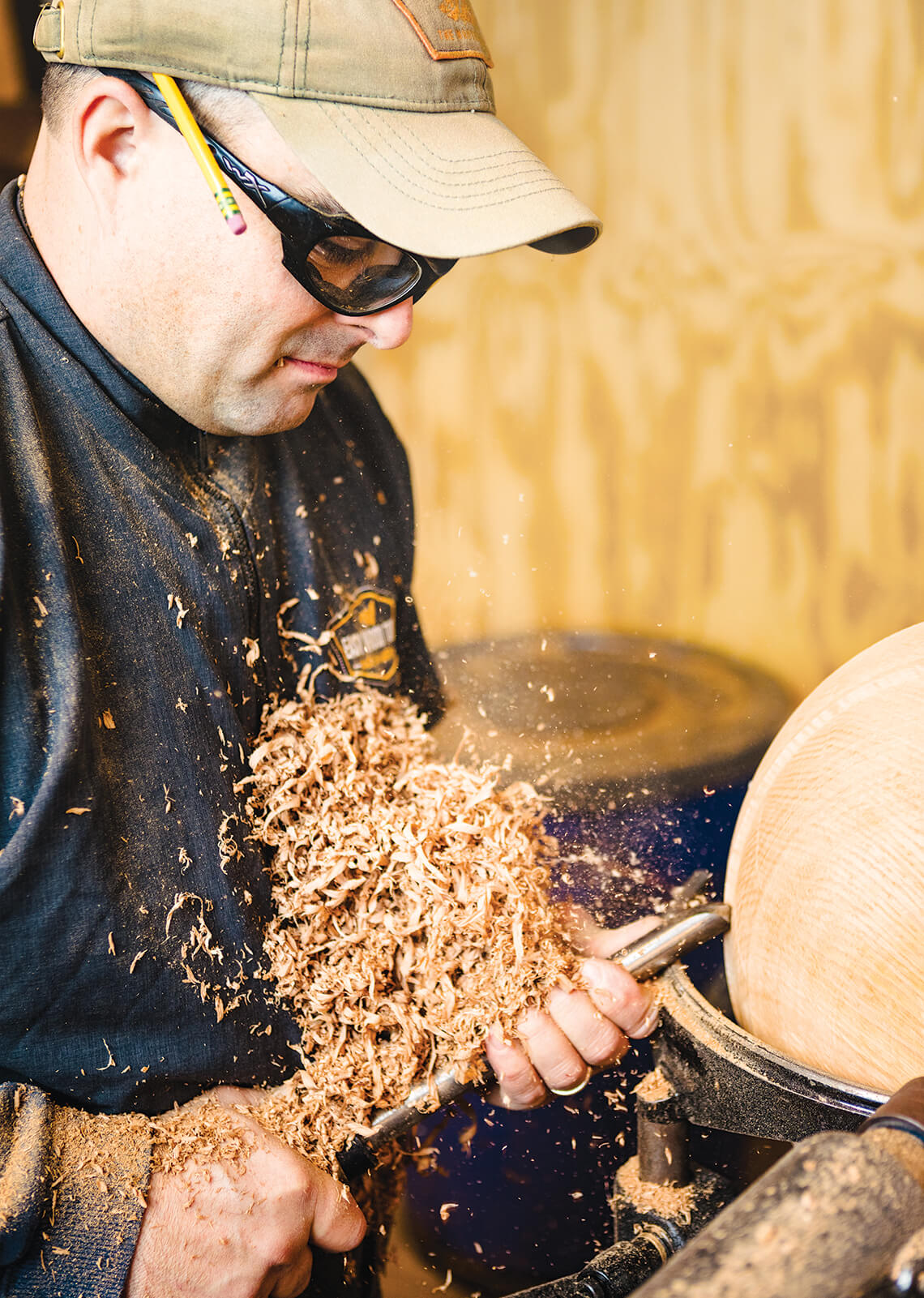 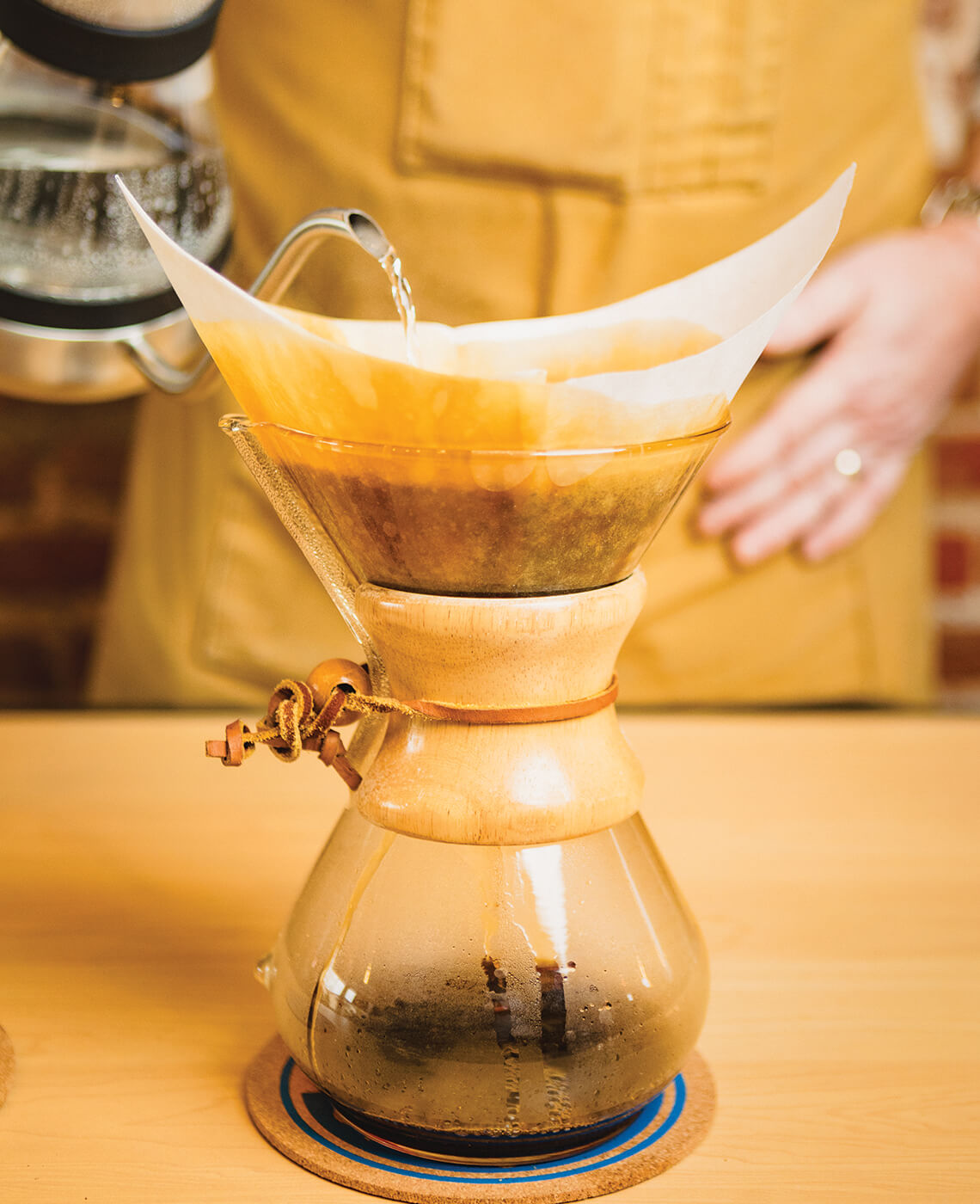 The Duck-Rabbit Craft Brewery. This was the first brewery in eastern North Carolina to specialize in dark beers, including Baltic Porter, Milk Stout, and Duck-Rabbator Dopplebock. “The beer is fantastic,” Edwards says. “Whenever they announce a new beer, hundreds of people show up at the taproom.”

Farmville Furniture Company. “It’s a classic furniture store with a 115-year history in downtown,” Edwards says. Santa shops there, too: The store raffles off a $5,000 gift certificate during the holidays.

Vintage Point. This downtown shop stocks superhero figurines, dollhouses, and board games from the 1920s to the 1990s. “If you’re over 40, they have toys from your childhood,” Edwards says.