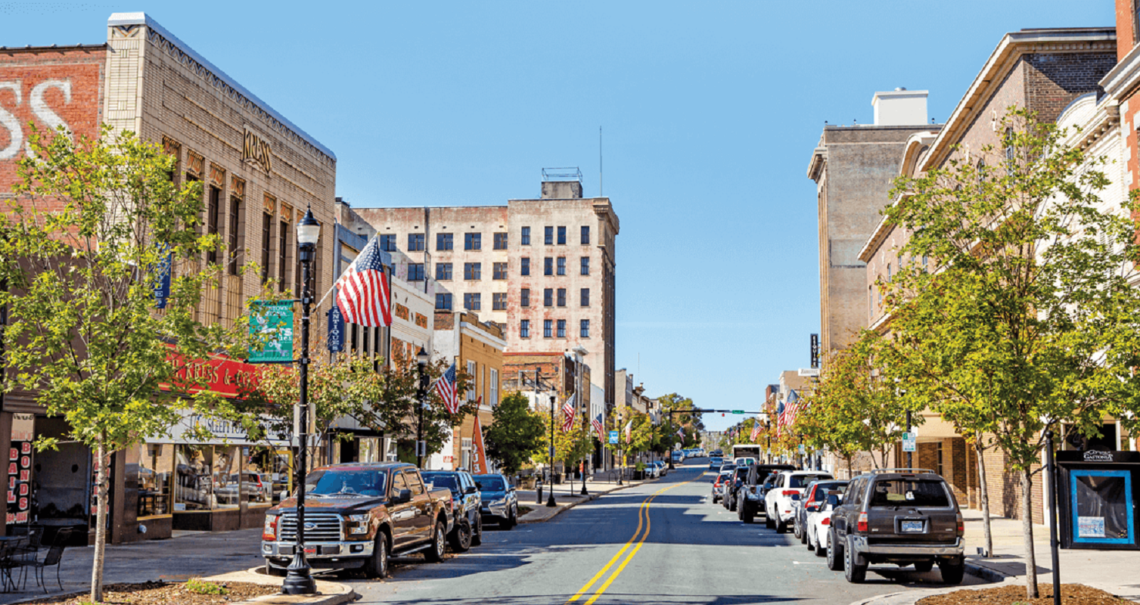 Jim Morasso had lived in Charlotte for 30 years and never ventured to nearby downtown Gastonia. When a friend suggested that Morasso consider opening his next restaurant there, he balked. “Many of the things that I had heard about downtown in the past were not flattering,” he recalls. “I’m so glad I looked outside of my comfort zone.” After his first visit in 2014, Morasso renovated the 1927 Webb Theatre and opened Webb Custom Kitchen. Today, he’s one of several visionaries committed to turning downtown into a major destination. “You start to find each other and inspire each other about what could be,” he says. “Once you get on that path, you start working toward making it happen.” 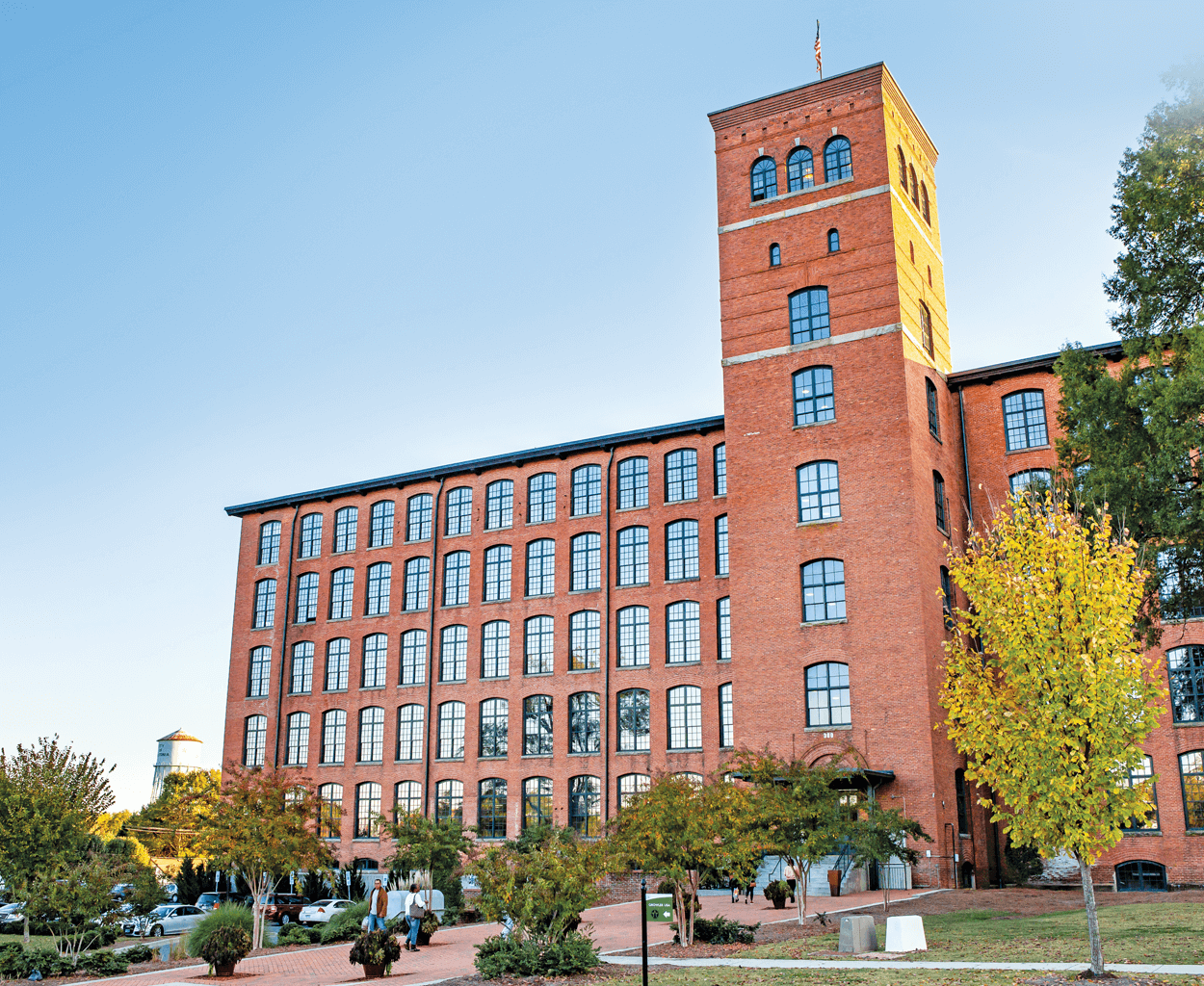 A 600,000-square-foot 1902 textile mill, once the largest in the South, underwent a dramatic transformation to become the Loray Mill Lofts and Shoppes, a residential, retail, and cultural hub in downtown Gastonia. The project has drawn residents from bigger cities, like Charlotte, who are eager to take advantage of downtown living. photograph by Charles Harris

Webb Custom Kitchen. “When I walked into the [historic theater] for the first time, it was run-down and had an odd scent, but I looked at it and could visualize immediately how to bring out its beauty,” Morasso says. He preserved the spirit of the theater, displaying vintage projectors and using filmstrips as artwork. 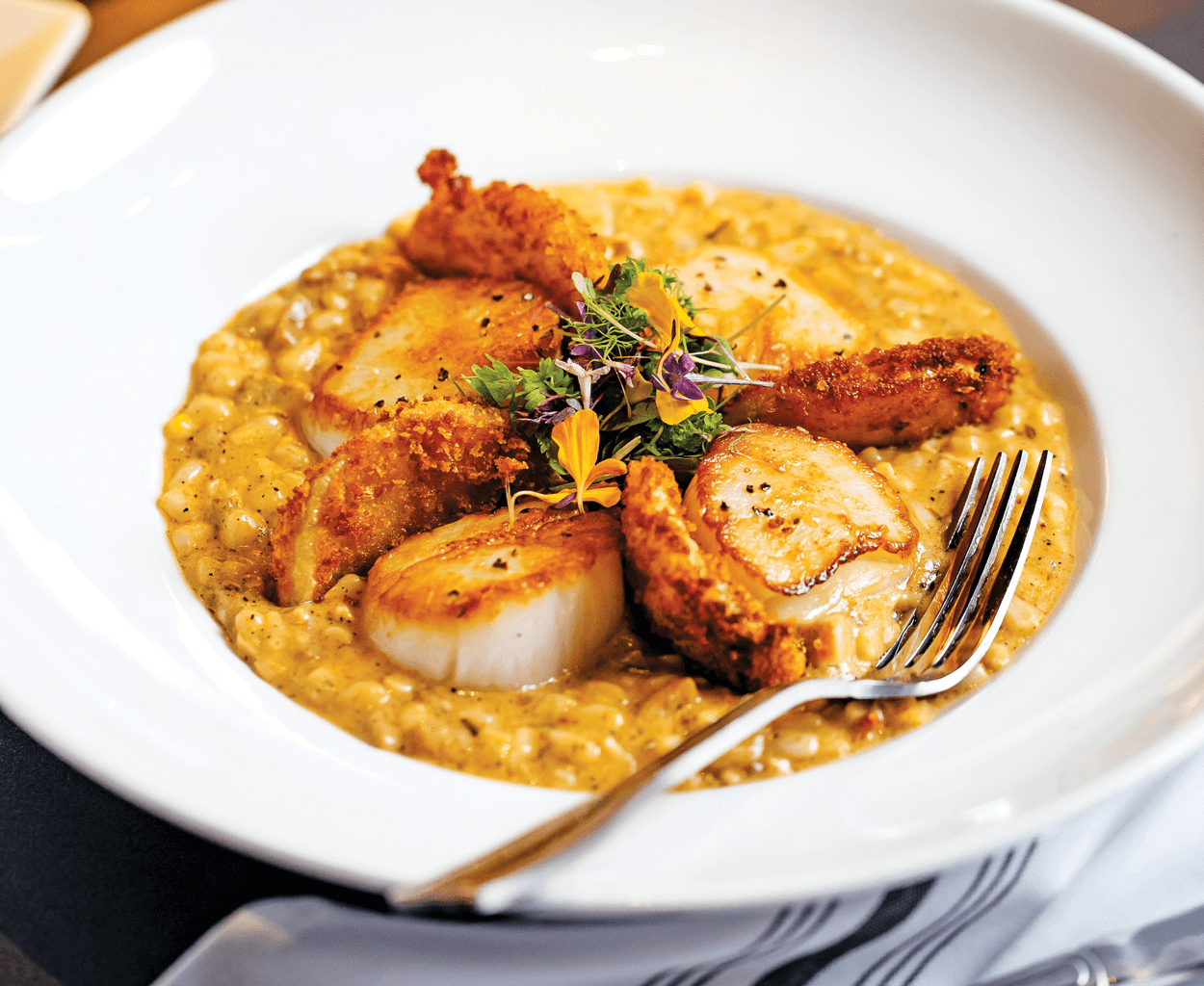 Banquettes in the balcony are the perfect spot to watch classic movies while tucking into dishes like skillet-seared jumbo scallops. photograph by Charles Harris

Hive Design. Beekeeper Merryman Cassels specializes in monogrammed gifts ranging from stationery to porcelain to barware. All of the wooden keepsake boxes and porcelain dishware are made and monogrammed in-house. (Head to the back of the store to see woodworker “Magic Jim” and other artisans at work.)

Ford’s Seeds & Plants. This homegrown garden center has been a downtown staple since 1920. “It’s the best place to buy heirloom plants and seeds by the pound,” Morasso says. “The old-fashioned store has such charm; it’s an attraction in its own right.”

Gaston Pickers. The booths at this sprawling antiques mall are filled with curated collections of items from the past. Browse rarities like Elvis lamps and rotary-dial telephones, plus trendy decorative items (hello, vintage typewriters!).