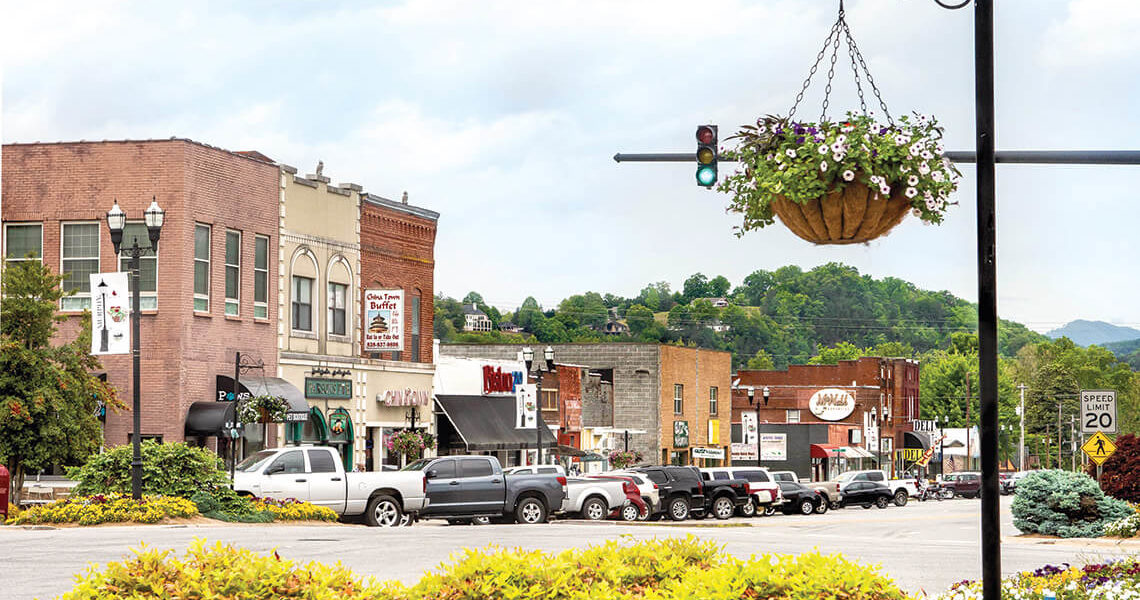 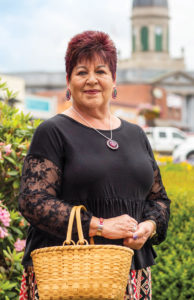 During the summer, Murphy lives up to its nickname: the City of Flowers. Throughout downtown, garden beds burst with pinks and purples and yellows, and hanging baskets overflow with delicate blooms. Shopkeepers fill their display windows with outdoor decor or summery dresses. “I like to walk the town and just window-shop,” says Murphy resident Martha Brown. “There are so many little hidden stores right downtown.”

Brown, a member of the Eastern Band of Cherokee Indians, owns her own shop just off Andrews Road. At Uniques of Murphy, Native American beadwork, pottery, walking sticks, blankets, and dance staffs line the walls and shelves. Brown also sells hemp- and cannabis-enriched products because “growing up, we went out in the woods and got our medicine,” she says. “I wanted to help people find an alternative for medicine, the natural way.”

Moving to Murphy after an 18-year stint in Sylva brought Brown closer to her heritage — not only figuratively, through her store, but also literally. She grew up on the Snowbird reservation near Robbinsville, just half an hour away, and all of the craftspeople she works with are enrolled members of her tribe. Since opening her store in October 2019, she’s learned about the types of wood used in walking sticks, what various colors represent, and the meanings behind different crafts. “Now,” she says, “I’m more aware of who I am and where I come from.”

Blue Moon Elise. Owner Rachel Elise has been selling 100 percent natural body care products like soaps, lotions, and bath salts out of her Murphy shop for 20 years. She also offers yoga and soapmaking classes, and even supplies Brown’s shop, too: “I have a wonderful soap with lemongrass that’s hemp-infused that Blue Moon Elise made,” Brown says.

Glitz & Glamour. One of Brown’s favorite downtown shops, Glitz & Glamour has “a beautiful selection of clothes,” Brown says, “so if you want to buy something nice, you’ve got a nice dress shop, and the people in there are excellent.”

Black & White Market. A visit to this shop to browse locally made candles and pottery, farmhouse-style decor, clothing and jewelry, and upcycled antiques is also a good excuse to say hello to the store dog, Reece. The 121-year-old building, originally a grocery store, still has an operating freight elevator. 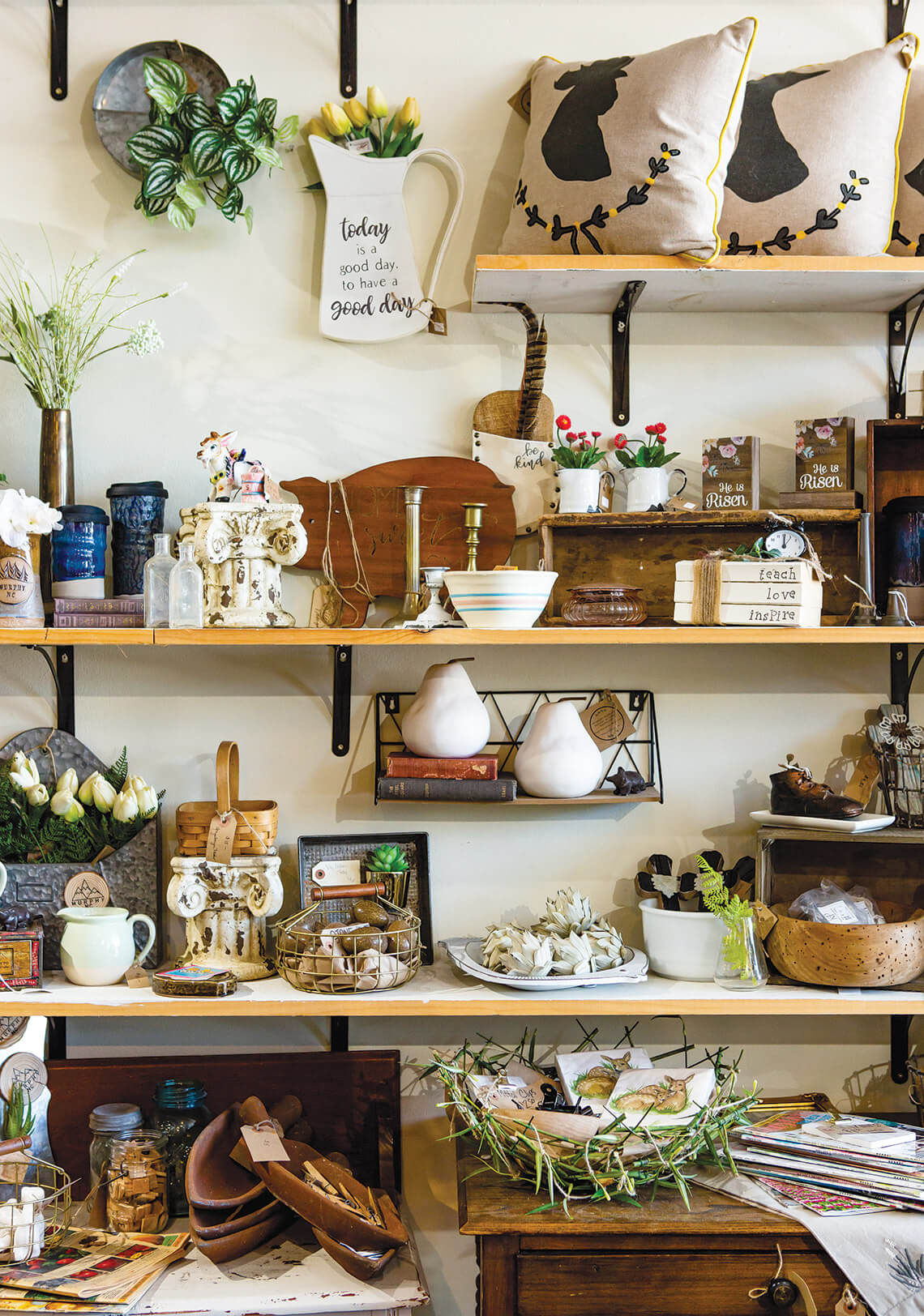 Curiosity Shop Bookstore. Established in 1999, Murphy’s independent bookstore is a downtown staple. Customers can browse new and used books (there’s a sunny reading nook for the youngest customers) and local crafts — plus get tips on great hikes and waterfalls in the area.

Valley River Arts Gallery. Dozens of local artists are represented in the Valley River Arts Guild’s gallery, including painters, jewelers, sculptors, and photographers. The guild sponsors the Murphy Art Walk — held on the first Friday of each month from May through December — when local fine artists and musicians partner with downtown retailers to show off their talents.

Bistro 29. Sushi is the specialty at this fine-dining restaurant, but the seasonal offerings of steaks, seafood, and handcrafted cocktails are big hits, too. “The food is excellent,” Brown says. “They brought something into that place that’s just different from what you’ll eat anywhere else.”

The Daily Grind and Wine. This coffee shop, wine bar, and restaurant is located in one of downtown’s first brick buildings — all of the flooring is original and was logged in the Hanging Dog community by Murphy Commonwealth Lumber Company. With live music and jam sessions hosted regularly, “someone is always singing,” Brown says.

Red Brick Deli. Located in a renovated 1921 building, this New York-style deli is known for its homemade Key lime pie and massive sandwiches (Brown recommends the pastrami). For one that’s extra stuffed, try The Mountain — anyone who finishes the two-pound pastrami-and-corned-beef sandwich in one sitting earns a spot on the Wall of Fame. 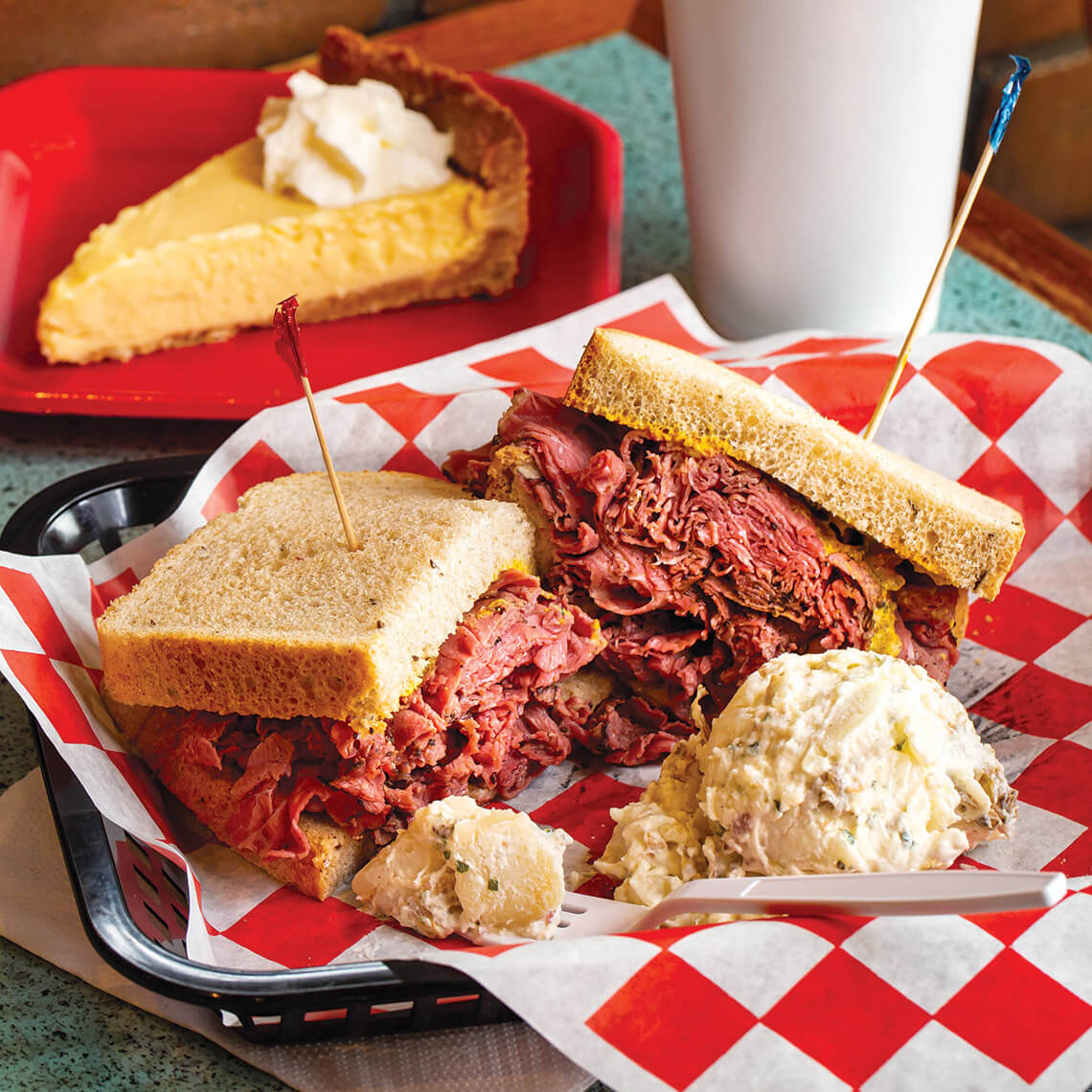 Valley River Brewery and Eatery. Murphy’s only craft brewery features 16 taps that change with the seasons, plus wine and house-made ginger ale and root beer. Entrées include gyros, Philly cheesesteaks, fish and chips, burgers, and their specialty: wood-fired pizza made in a classic brick oven.

Henn Theatre. This historic theater, which opened in 1935 with a screening of Life Begins at 40, was one of 23 operated by Murphy native P.J. Henn. “They’ve been able to preserve that and keep it like the original theater,” Brown says.

Appalachian Driving Experience. Headquartered downtown, this experience allows visitors to rent different models of Porsche sports cars and drive them on winding mountain roads like Tail of the Dragon, which has 318 curves in just 11 miles.

Cherokee County Historical Museum. “We have a whole section in the bottom of the museum that portrays the Eastern Band of Cherokee Indians,” Brown says. “[Historically,] we had log homes, and we have one downstairs that portrays the way things were. And the ladies in there are so super nice. They’re very informative about everything. They know; they’ve been there for years.” 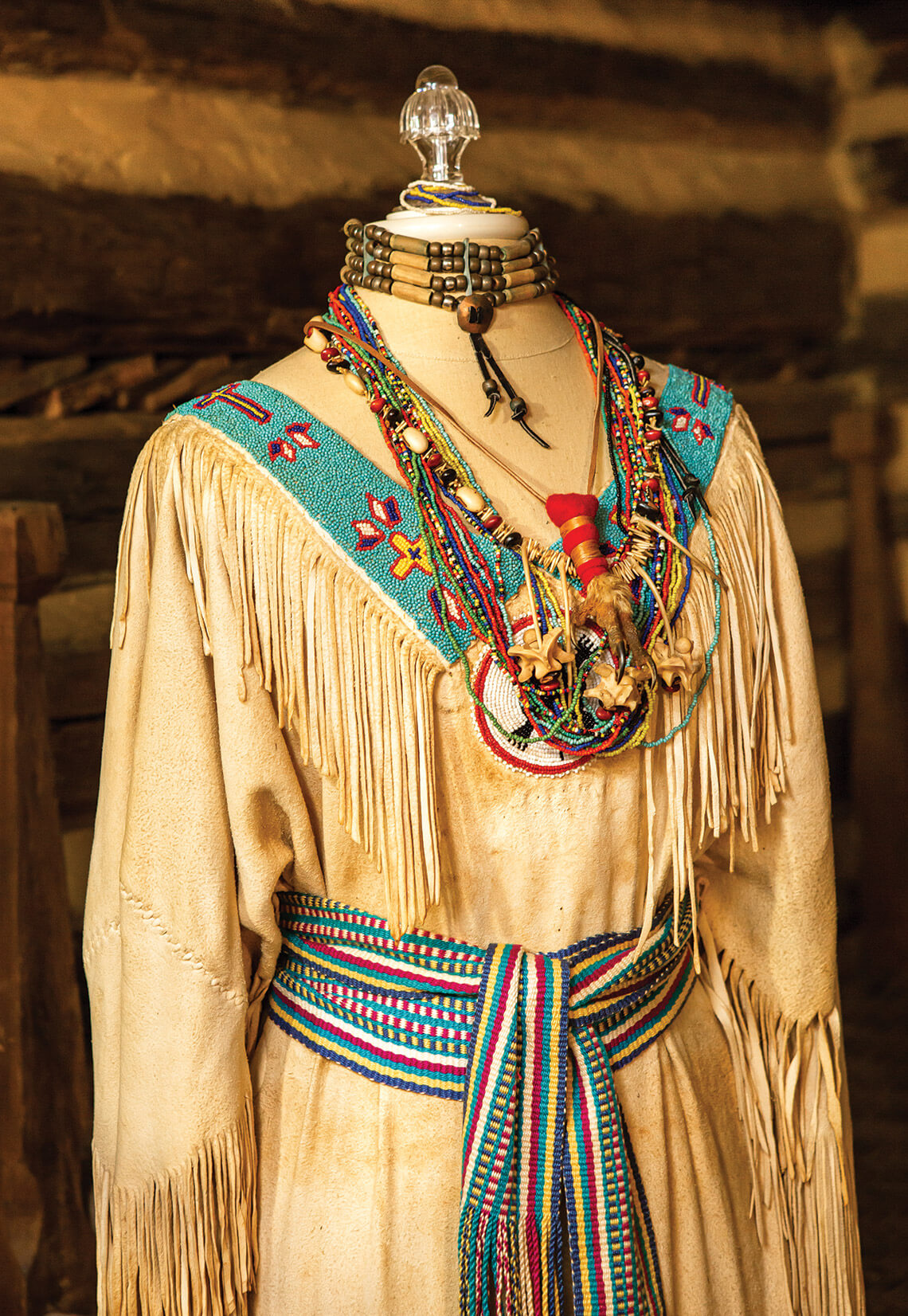 Take a step into the past at the Cherokee County Historical Museum. photograph by Tim Robison

Long before the town of Murphy was named for a state senator, the Cherokee called this area Tlanusi’yi: The Leech Place. According to legend, a group of Cherokee men once saw a red-and-white-striped leech the size of a house, stretched out on a rock bridge across the Valley River near its confluence with the Hiwassee. The leech slid into a deep pool below the rock’s ledge, and the water began to bubble and foam before a waterspout shot up to where the men had been standing seconds before. Those men survived, but many more perished because of the giant leech. Most Cherokees learned to avoid this area, but rumor has it that if you go to the rock bridge, you can still see something strange lurking in the depths.