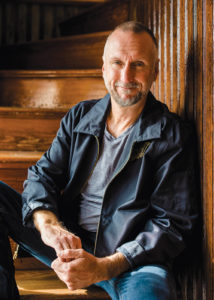 Musician Zach Hanner has performed just about everywhere in the Brooklyn Arts District, yet not a single venue in the neighborhood is used solely for music: He’s played with his two bands, Da Howlies and The Blarney Brogues, at a bar, an art gallery and wine shop, and a bottle shop. As an actor, too, he performed stand-up comedy at Acme Art Studios in the ’90s. Even the Brooklyn Arts Center doubles as a wedding venue. In this budding arts district, visual and performing artists come together to share their creativity. “Pre-Covid, you would see people out in the back of Goat & Compass, planning an art sale or a show after spending the day working in Acme Art,” Hanner says. “With a lot of the artists living nearby in the neighborhood, it’s really vibrant. There’s an aesthetic to the neighborhood that is really cool, but it’s still a small-town, friendly neighborhood vibe. It’s brought a whole new community of creative people to the area.”

Acme Art Studios. Nearly 30 artists — including acrylic painter Angela Rowe and metal sculptor Dumay Gorham — have studios in this former warehouse. “Acme Art was at the vanguard of revitalizing the whole Brooklyn Arts District,” Hanner says. “The artists that keep studios there love working there and enjoy the community and camaraderie that comes with a bunch of artists being in close proximity.” 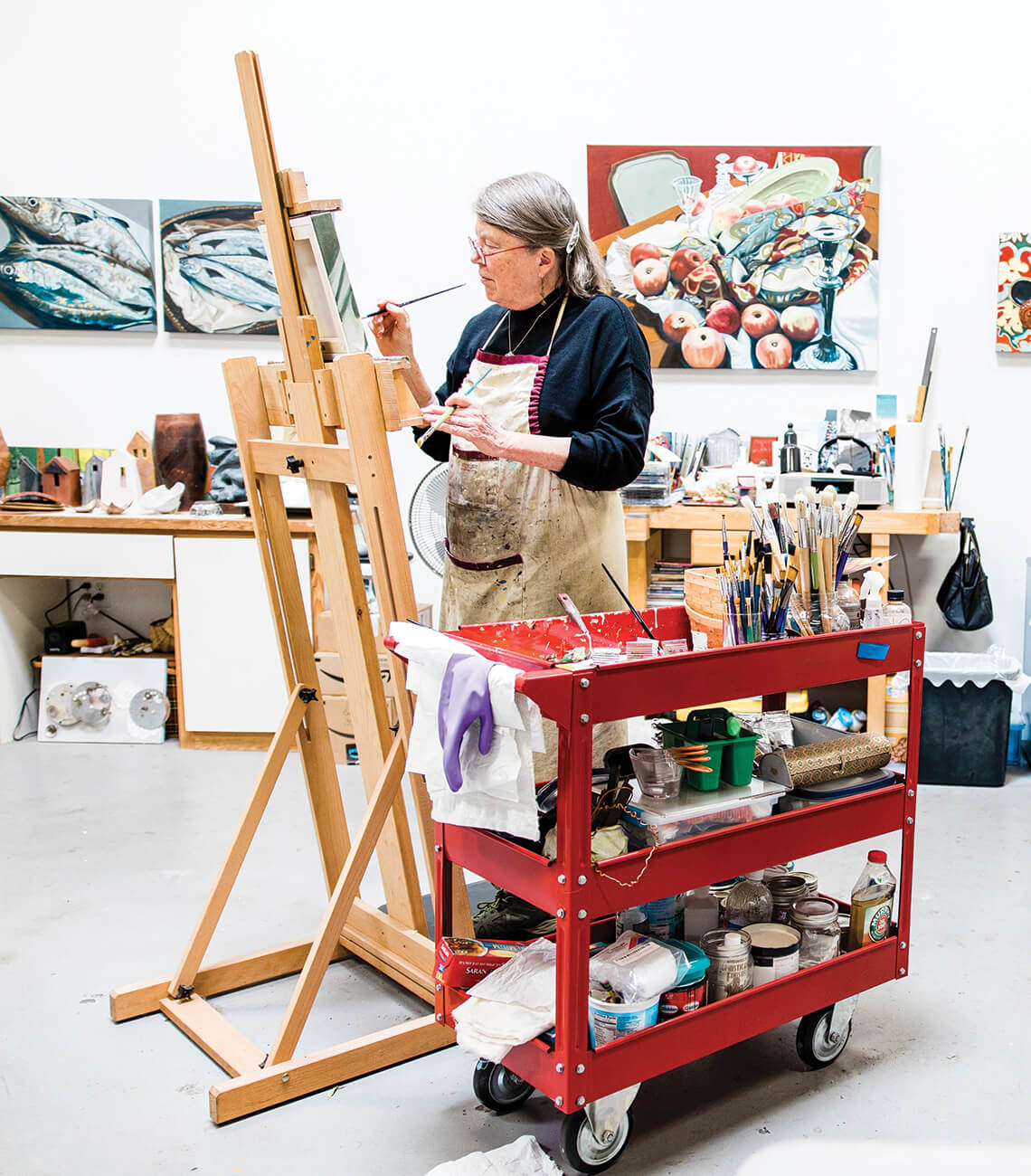 Brooklyn Arts Center. The former St. Andrew’s Presbyterian Church, built in 1888, was transformed into a performing arts center and wedding venue in 2011. During the two-year renovation, local artists were brought in to share their ideas on how to develop the space. Since then, musician Zach Hanner says, “I’ve seen so many great concerts there,” including Rhiannon Giddens and Old Crow Medicine Show.

The Red Eye Bakery. Hanner got hooked on this bakery’s macadamia nut cookies after the owners brought some samples to his band following a show. Now, he goes every month to pick up half a dozen. “They are the sort of thing that you can eat like Krispy Kreme doughnuts,” he says. “You can knock out three before you know it.” Same goes for the cinnamon rolls, one of the bakery’s best sellers. 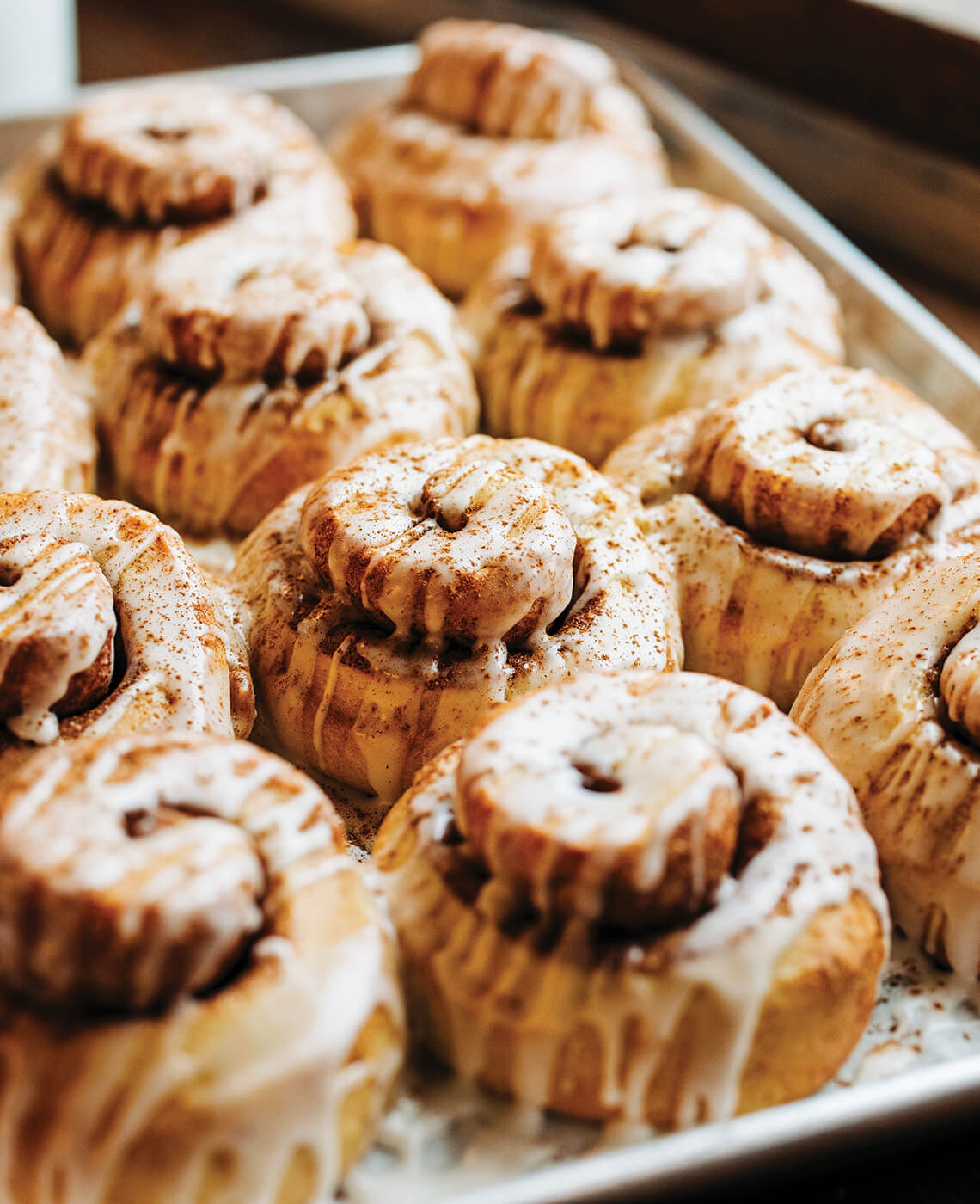 Boombalatti’s Homemade Ice Cream. This family-owned business’s ice cream is made on-site using dairy from grass-fed North Carolina cows. Flavors like cinnamon caramel oatmeal cookie, banana and Nilla wafers, and chocolate cream pie are delicious any time of year. (Plus, any of the flavors can be made into an ice cream pie!) 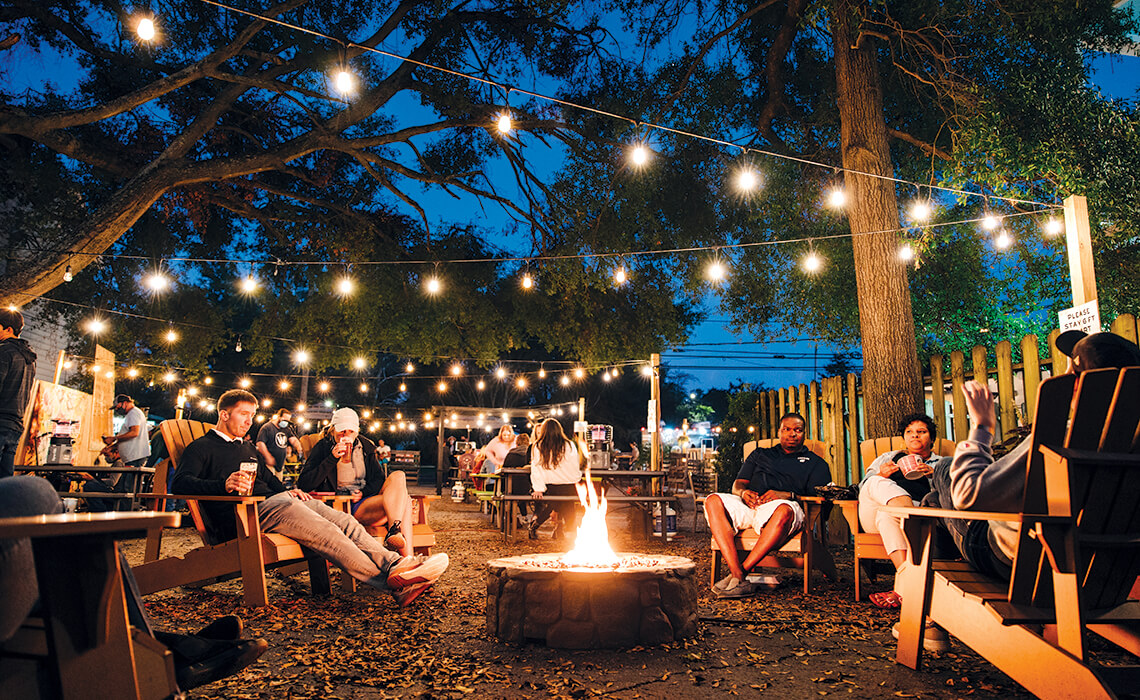 Enjoy a brew by the fire at Flytrap Brewing. photograph by Matt Ray Photography

Goat & Compass. Another early player in the revitalization of the neighborhood, this laid-back sports bar hosts live music in an intimate setting. Hanner sometimes performs solo guitar shows or duo and trio versions of his bands. Plus, he says, “Goat & Compass is one of my spots where I like to watch sports. It’s a great place, especially for football and basketball season.”

Palate Bottle Shop and Reserve. “Kevin Rhodes, the owner of Palate and a local musician, is also a very talented contractor, so he made a really nice performance space outside of the bar,” Hanner says. Large banquettes surround gas firepits to keep customers cozy year-round as they sip wine, beer, and cider, and snack on seasonal small plates made in-house. 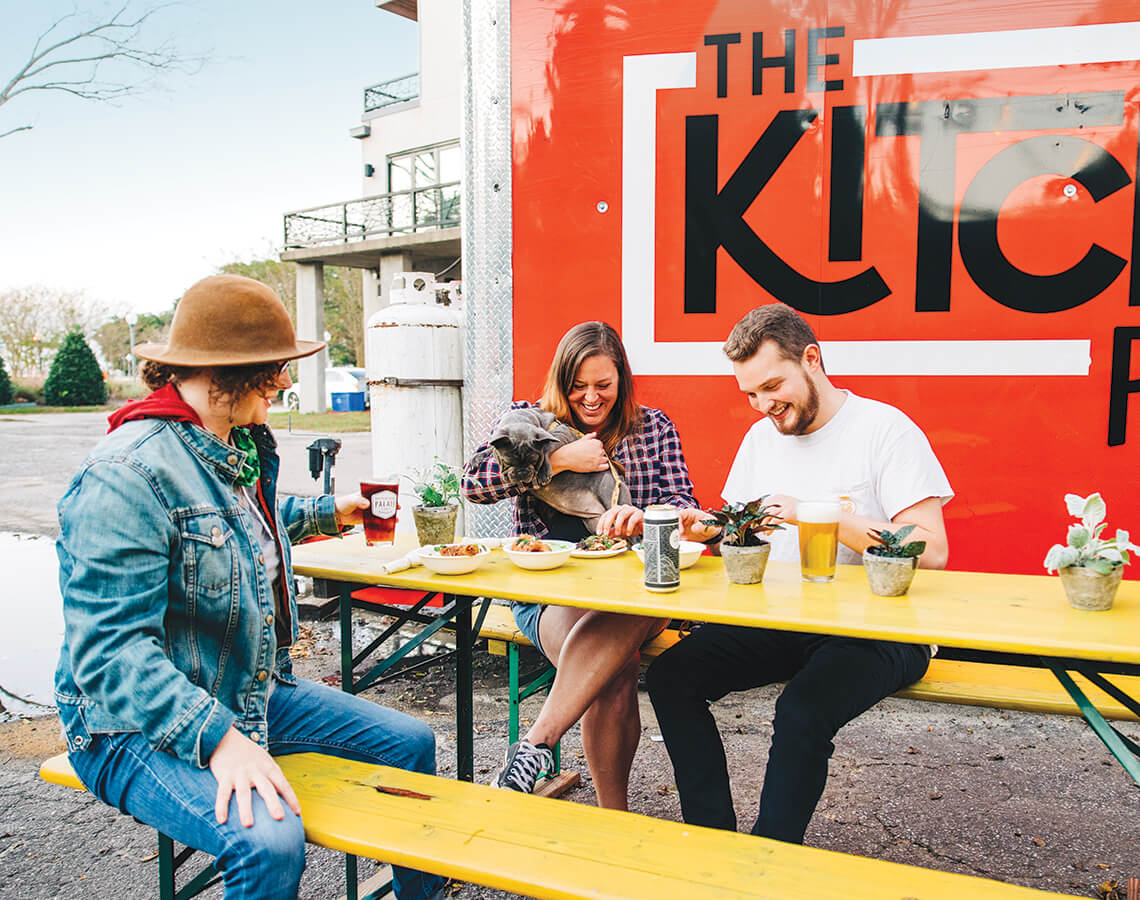 Edward Teach Brewery. The centerpiece of the Brooklyn Arts District’s newest brewery is a giant ship hull that doubles as a balcony above the bar. “I remember walking in there for the first time and going, ‘Holy cow, somebody had a brilliant idea here,’” Hanner says. “It’s the sort of thing that young people enjoy, too. Everybody needs to learn about drinking good beer and not just drink Miller Lite all their life.”

Bottega Art & Wine. This wine bar and gallery is a hub for budding performing artists looking to get onstage, Hanner says — not just musicians, but comedians, actors, and poets, too. “Their open-mic nights have amazing talent.” Owner Addie Wuensch sells her own jewelry here, as well as works by other area artists. 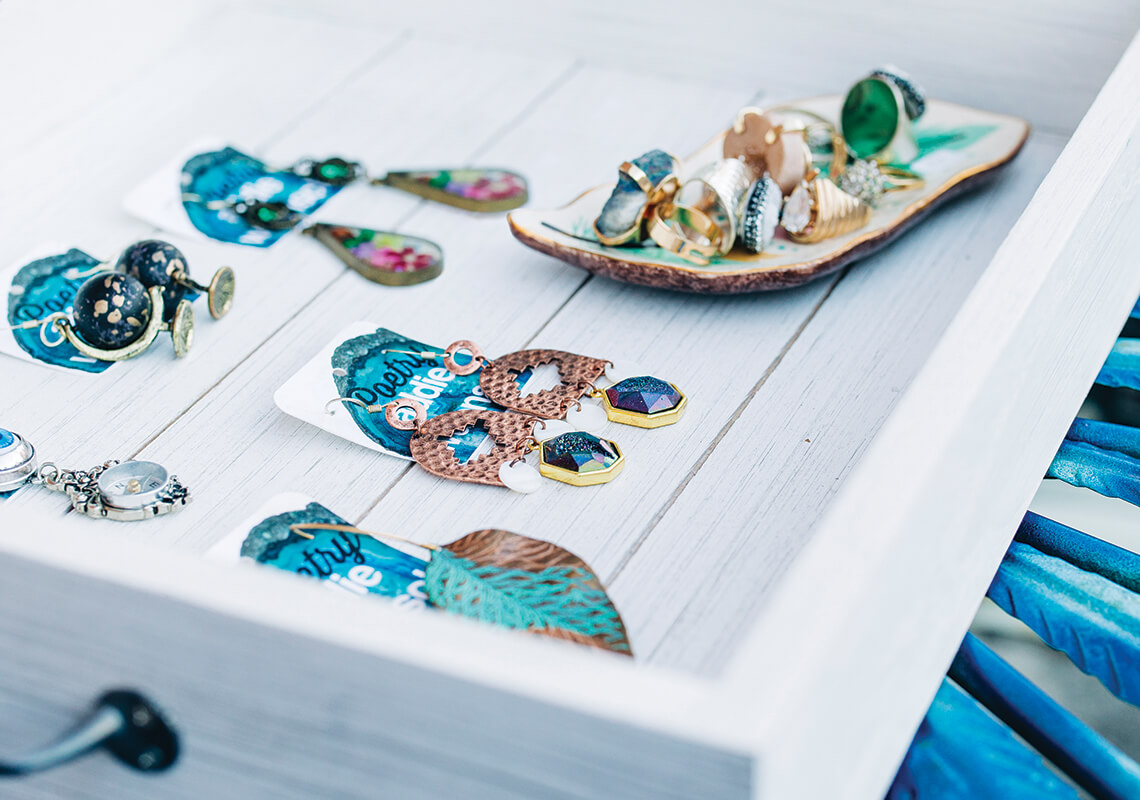 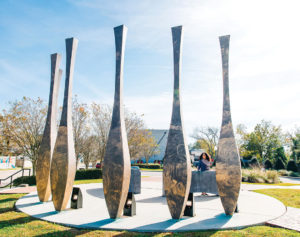 A monument to the dozens of African Americans who lost their lives in the massacre of 1898. photograph by Matt Ray Photography

On a grassy knoll just blocks from the Cape Fear River, six bronze paddles rise above the landscape, a monument to the dozens of African Americans who lost their lives in the massacre of 1898. That year, a mob of white supremacists overthrew Wilmington’s elected biracial government in the only coup d’état ever to take place in the U.S. Today, the 1898 Monument and Memorial Park is located in what was once simply known as the Brooklyn neighborhood — a prosperous, diverse residential and commercial district where African Americans and immigrants owned businesses as architects, doctors, lawyers, and jewelers from the end of the Civil War until World War II. Designed by sculptor Ayokunle Odeleye of Atlanta, the monument includes two brick-and-concrete walls known as “Hope Circle” and “Peace Circle” — a collective wish for Wilmington’s future. — Katie Kane