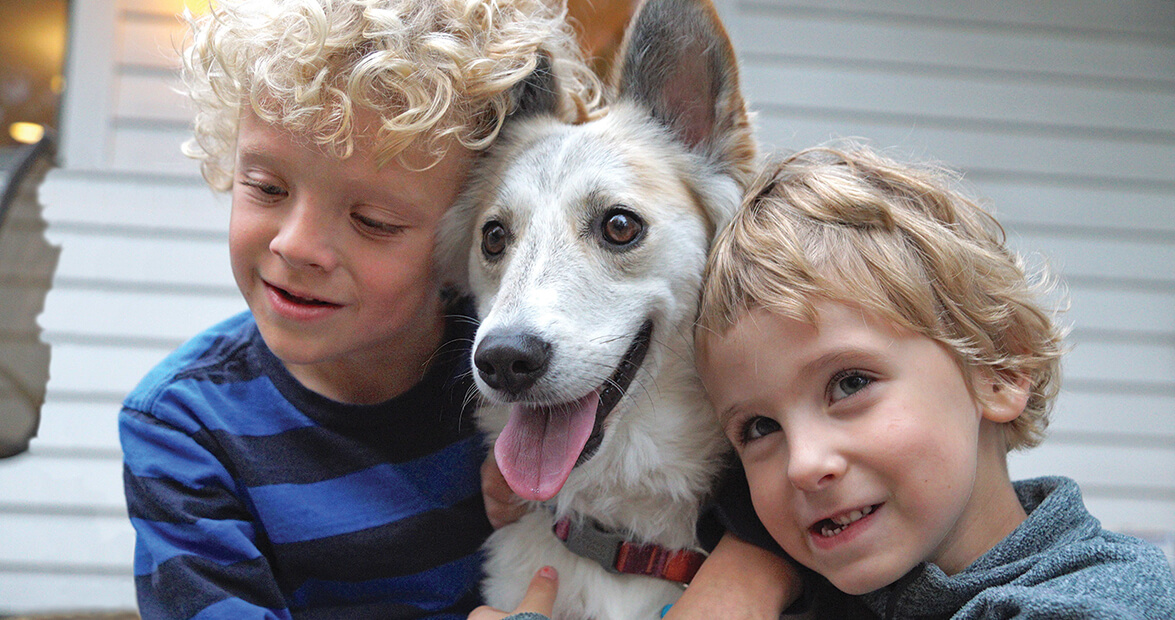 “There’s a dog I can’t show you,” my wife said one afternoon last summer, handing me her phone, refusing to look me in the eye. We had one rule for the dog search we were pretending we weren’t really conducting: Under no circumstances could the new dog look anything like our old dog, my grad school dog, a dog who saved my life many times over and who loved my wife in an immutable, gravitational way — well before I could admit to myself that I did, too. That dog lived to be 17. Our fear was that if the new dog looked too much like the old dog, we’d hate her for being a ghost.

I clicked on the pictures. This dog was eerily, litter-mate similar: orange and white, a collie mix, a whiff of Carolina dog, a hint of coyote. Slightly less wild-looking than that first dog, but there was the unmistakable sense that she might be haunting us just the same. “We can never go meet this dog,” I told my wife. “Definitely not,” she said. Emergency, the Craigslist ad read. Urgent need for adoption. I was on the phone an hour later, lying to the rescue woman, saying of course my boys were calm.

The kids had wanted a snake. Failing that, a kitten. I wanted them to grow up knowing dogs, but after two nights of New Dog hiding under the laundry table in our loud house, growling at anybody who went in there, I was settling into a low-grade state of panic: Had we made a mistake? Could you bring an adult dog of unknown history into a house with two feral boys? Could you do this in 2017, the Year of I’m Telling, the Year of He’s Copying Me? Could you do it without getting their faces bitten off?

The answer, it turns out, is no. New Dog nipped The Wee, our 4-year-old, about a week in. The circumstances: a PB&J being ferried across the kitchen. No stitches — but still. The Toad, our second grader, was freaked out. We were freaked out. The Wee, who is made of cinder blocks and blind, foolish hope, was unmoved. He just never cared all that much, never knew to get fully spooked, never stopped putting his face in hers, even after we begged him to stop. And it was he who won her over — not me, dog-whispering in the night in the laundry room. Within two weeks, that child was using her as a pillow. She was letting him. The downside of a biggish dog, if you’re 4: You can’t quite walk her. The benefit: She’s almost exactly your size, and as soon as you both draw your lines in the sand and make your secret, silent deals, you can lie right down on her.

I’m sure that 2018 will still be the Year of I Hit Him Because He Destroyed My Legos. But it’s also, for us, for these boys, the Year of the Dog. We’ve been letting her off-leash a little bit, and have hopes of beach runs and Appalachian hikes. I remember all this, the off-kilter peace that arrives with having a beast in the house. What I don’t remember, though, and what I couldn’t: Right now, as I write this, The Wee is dragging New Dog around the hardwoods on a sleeping bag, shrieking and laughing. She’s happily in on the game. Her ghost sister probably disapproves — New Dog is more playful, more dog-like, more insistent upon affection than that first dog ever was. Old Dog would disdain this base domestication. But I bet she’d allow for The Toad wandering downstairs after bedtime, hair all over the place and squinting in the light of the kitchen, no longer afraid and needing to give New Dog one more pat before he falls asleep. I bet she’d approve of The Wee nuzzling deeper into New Dog’s belly fur. All of this is Old Dog’s fault, after all. She kept me glued together through some hard, hard years. She glued my wife and me together for what’s looking a lot like forever. Not so bad, then, if New Dog reminds us of all that. Gives us past and present and future all at once. These boys. A dog. A new year. Auld acquaintance, indeed.