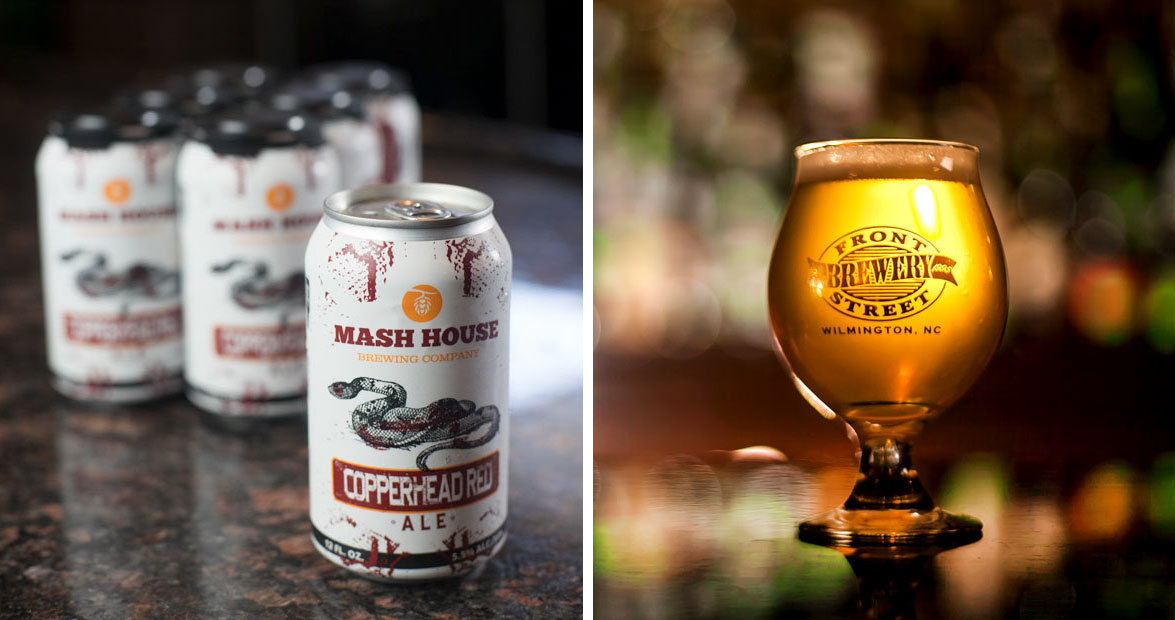 Thanks to BEER NC, a complete roundup of North Carolina’s breweries is a few taps on your mobile device away. This fall, we’ll be making the experience even easier by introducing our regional ale trail series. Designed to help you navigate each major city’s brewing scene via walkable itineraries, these monthly guides will quench your thirst for great beer — and travel — across the Old North State.

With Fort Bragg and Fayetteville inextricably linked, it’s no surprise that the area’s military connection extends into its brewing industry; all of Fayetteville’s breweries are veteran-owned or -operated. Spend an afternoon getting to know the character of Fayetteville through, and over, a beer.

Start your day at Huske, where history and hops go hand-in-hand. The oldest brewery in town, it’s named after the hardware store that once occupied the brewery’s 115-year-old building. While Huske’s dining room-turned-dance floor attracts a late-night crowd on the weekends, stopping by in the early afternoon to try one of its six flagship beers, such as the Sledgehammer Stout, can be just as fun.

Leave Hay Street behind and take a five-minute stroll to the expansive back patio of Bright Light Brewing for an al fresco brew. Live music often fills the nanobrewery on weekends as folks settle in to catch a performance, play cornhole, or grab a bite from a visiting food truck.

Head back to Hay Street to pop into Lake Gaston Brewing, which celebrated its one-year anniversary earlier this summer. It may be new, but it’s already become a hub for more than just ales — its full bar and restaurant make the brewery a popular option for weekend brunch.

Currently home to more than 10 breweries, a beer adventure in the Port City is customizable to every type of beer drinker. Start with these four downtown breweries, all within walking distance of each other, to introduce yourself to Wilmington’s diverse, burgeoning beer scene.

Kick off the day by taking in a unique view of the Cape Fear Memorial Bridge — from underneath it — at the aptly named Waterline Brewing Company. An easy-drinking seasonal brew, such as the Lemon Ginger Gose or Mango Kölsch, is a refreshing complement to an afternoon of cornhole in the beer garden. You can also bring your pint over to the adjacent art gallery and wine bar, The Art Factory, which is open during taproom hours.

Make a quick detour to the Riverwalk for some waterfront views on your way to Front Street. No tour of Wilmington’s breweries is complete without a visit to this landmark institution, which introduced the city to craft beer when it opened in 1995. The equal balance between flagship and seasonal beers means there’s plenty of variety without sacrificing crowd-favorites, such as the Riptide Raspberry Wheat Ale. In addition to beer, the brewery boasts one of the most impressive selections of whiskey in the state.

Named after the local carnivorous plant, Flytrap Brewing specializes in making American- and Belgian-style ales in Wilmington’s Brooklyn Arts District. Live music, food trucks, local art, and a dozen taps rotating guest- and house-brewed small-batch beers are all elements that customers have come to love since Flytrap opened in 2014. The brewery also offers a selection of wine, kombucha, and craft soda.

Have you got your daily steps in yet? Don’t worry, the last stop isn’t far. Also in the Brooklyn Arts District, Edward Teach channels the spirit of North Carolina’s most infamous pirate through its Blackbeard-themed taproom. When walking up to the counter, take note of the bar itself — it’s shaped like the prow of Queen Anne’s Revenge. Behind it, the 10 tap handles bear Blackbeard’s flag. Embrace the unique theme by ordering an equally unique brew: black lager.

Just four years ago, Greenville was the largest city in the state without a brewery. Luckily, local beer lovers stepped up, and now, there are plenty of pints to be found around town.

The day begins at Greenville’s youngest brewery. Exposed brick walls, camel-colored leather couches, and cozy booths invite patrons to order a beer and stay awhile at Pitt Street Brewing. Those with children will find that the yard games, ping-pong, and kids’ corner complete with games and toys make the brewery a welcoming place for guests of all ages.

“Taproom” may be in the name, but at Trollingwood, the best place to drink a beer is outside. The walk from Pitt Street to here is short, so spend a little extra time enjoying the fresh air on the front patio, or by the fire pit and yard games. With a combination of eight guest and house beers on tap, plus a selection of North Carolina-made wine, Trollingwood is dedicated to supporting the state’s brewers and winemakers — especially those in eastern North Carolina.

Mosey along to Uptown Brewing to branch out from typical brewery offerings via a creative draft list. Twelve house-brewed concoctions flow from its taps, including its flagship IPA, a light beer, a ginger beer, and hard cider. Spread out in the spacious taproom, then put in a food order from a local restaurant — Uptown partners with nearby eateries to deliver to the brewery for free.