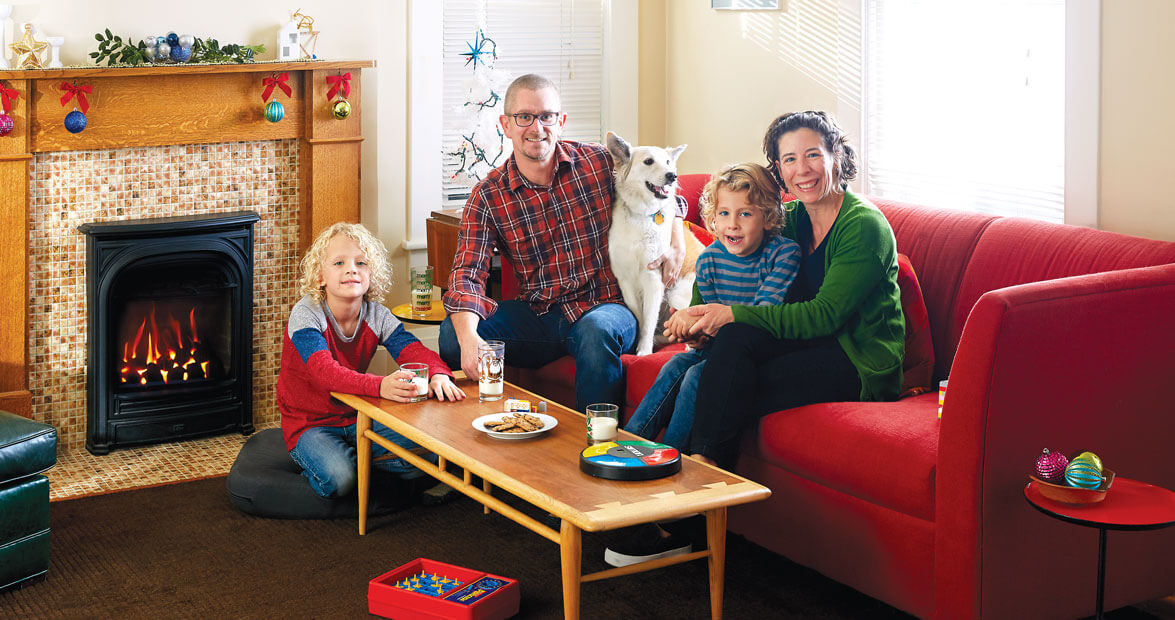 It’s been a gift, writing about these boys. The Toad, named for the sounds he made in those first days after we brought him home, is now 9. Nine! How can that be? He’s headstrong, blindingly smart, funny, and obsessed with building things and baseball on the radio and flips off the diving board. His brother, The Wee, turns 7 in two months. In the photo- graph I took of these boys playing with a kitchen-table shaving-cream map of North Carolina back when this all started, he’s something like 20 months old. He’s headstrong and blindingly smart and hilarious, too, growing up not in but into and through the shadow of his brother to become a skateboarder and a clean striker of baseballs and a child devoted to all things tiny, from puppies to oyster forks.

It’s made me a better father. It’s made me say yes, over and over — to taking them to the State Fair, to driving them to the farthest reaches of northeastern North Carolina to sit on a seaplane, to camping in the backyard. We’ve gone looking for pirates and for the Bermuda Triangle, and found neither. We’ve been to candy shops and roadside stands, to mountain rivers and to the Atlantic several times over. We’re headed for the Tuckasegee next week, even as I write this.

I built them a brakeless hill cart. We rented a convertible and drove the Uwharries. My wife and I put them in an RV, on purpose, when The Wee was not yet 3 — and they both still talk about that trip. I well remember the firelight on the side of that rig, both boys somehow finally asleep on board, one last half-glass of wine there in the bottle and my wife sitting next to me, the both of us offering a whispered “cheers” that meant something much closer to, Thank God, congratulations, we did it, we survived another day. Except that it hasn’t been about survival. That’s the thing. These boys, these adventures — it’s been about remembering to do much more than survive. It’s been about seeing the world new again through their eyes.

We got the dog — New Dog, so named because she bears a striking, we-have-to-apologize-to-people-who-knew-Old-Dog resemblance to our old dog — at least in part for them. Maybe we got this specific beast more because it seemed like the universe had rendered unto us a ghost sister of our great grad-school coyote-cross shelter rescue, but we got a dog for them, so they’d grow up in a house with a dog in it. She bit The Wee on the chin the first week we had her. She puts them to bed at night these days, seeks them out during thunderstorms, comes when called (sometimes), bounding back to one boy and then the other in the snow.

I was resistant to every part of this project. I was afraid to write about them, afraid I wouldn’t get it right. I was afraid of having them at all, afraid I’d never learn how to say yes enough times. I still am. They scare the hell out of me, these two. They’re becoming people with plans and ideas, with hopes and dreams instead of just wants and needs. I’ve crossed all four borders of this state with them, and I know I’ll still need to cross many more.

This Christmas season, I’ll sit in the near-dark after the house has gone quiet, the tree blinking away on the wall that usually holds the bookcase, and I’ll think of them upstairs, nestled all snug. Maybe we’ll finally have cut the tree ourselves this year. Maybe we’ll have caught another huge, improbable December snow, and I’ll be full-body sore from sledding The Big Hill. Or maybe it’ll be just another long winter’s night, everyone asleep on a regular Tuesday at the bottom of the year, and I’ll think: I don’t really want anything for Christmas this year. I don’t need anything. I’d like to keep up our new tradition, a fabulously casual Christmas night meal of grilled turkey and something green where no one even has to sit down at the table — but past that, I want nothing else. Nothing more. Just these boys, just this family, waiting to see what the new year has in store.