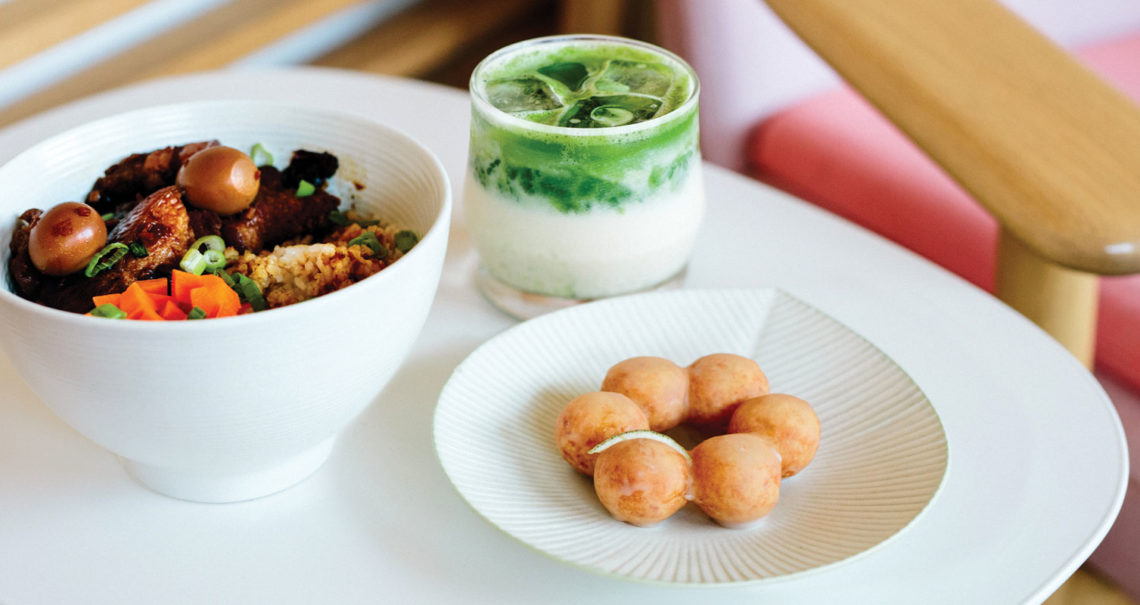 For hours before it lands on a plate, wedged inside a biscuit baked with fresh scallions, the pork belly roasts low and slow, infused with traditional char siu flavors — spices usually used in Asian barbecue — until it reaches tender, melt-in-your-mouth perfection. Heirloom Brewshop’s owners, Chuan Tsay and Anna Phommavong, added the entrée to the menu earlier this year, a few months into a global pandemic. A risky move for a restaurateur? Maybe. But the pork belly biscuit sold out every day during its first week on the menu.

The biscuit, like every dish at Heirloom, is a product of thoughtful craftsmanship. Like a woodworker carving a block of oak into a sculpture, Tsay and Phommavong carefully shape their menu into a tasteful reflection of who they are. “As chefs, we look at every single ingredient that goes into the dish,” Tsay says. “Every ingredient has to have a reason; every single dish has to have a reason and a story behind it.”

That’s because Heirloom is more than just a restaurant. More than meticulously crafted food and carefully curated beverages — like an orchid oolong from the hills of Nantou, Taiwan, and matcha tea grown on farms in Nishio, Japan. More than a beautiful, airy space, outfitted with floor-to-ceiling windows and accents of pale pink. For Tsay and Phommavong, every detail is an homage to their parents. 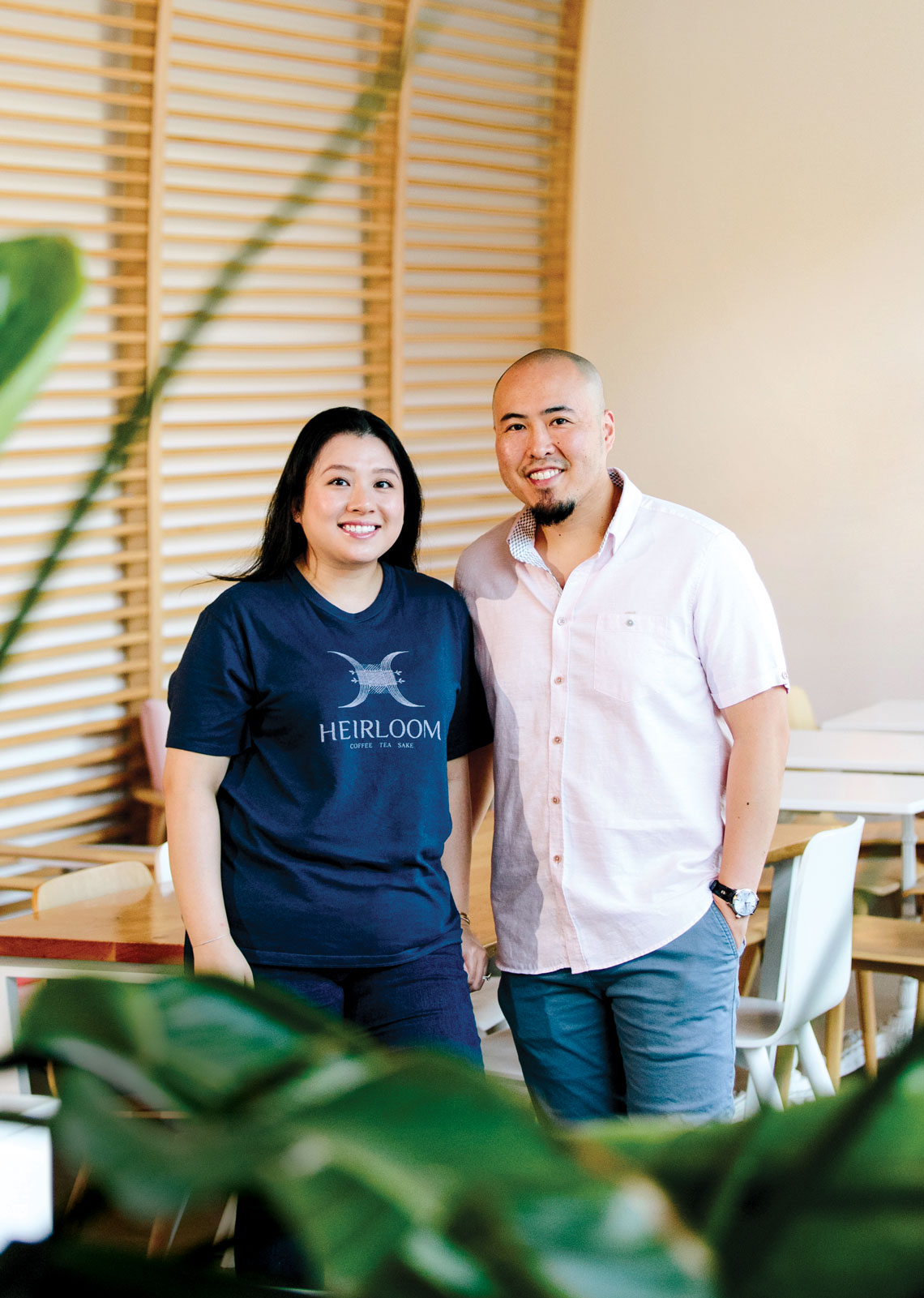 The custom wooden structure behind Anna Phommavong and Chuan Tsay rises up and over the dining room. Each individual slat makes the whole thing stronger — just like the Heirloom community.

Tsay’s parents, immigrants from Taiwan, owned and operated restaurants around the Southeast, but mostly in the Asheboro area. As a boy, Tsay watched as they dealt with race-based hostility. “I think my parents have some form of PTSD from the violence and aggression and having to balance that with taking care of kids,” he says.

Phommavong’s memories of growing up around her parents’ restaurant in High Point aren’t as visceral. Her family lived near a small but supportive community of Laotian immigrants — yet her parents didn’t serve dishes from their own culture. Instead, they served Chinese food, as it was more familiar to Americans during the ’80s and ’90s.

So when Tsay and Phommavong approached their families with the dream of opening Heirloom, their parents dissuaded them, afraid they’d face discrimination. But the couple moved forward, ready to welcome the Raleigh community. And, much to their delight, Raleigh welcomed them back. The restaurant was selected by Bon Appétit as one of 50 nominees for America’s Best New Restaurants in 2019. When Tsay called his mom to give her the news, “she couldn’t stop crying,” he says.

The award validated Tsay and Phommavong’s hard work — and confirmed that a restaurant serving Taiwanese and Laotian dishes from an American perspective can be accepted and celebrated.

Tsay’s father didn’t get to see Heirloom come to life — he died two months before the restaurant opened in October 2018. But every once in a while, when Tsay passes a picture of him, he says, “Hey, I wish you could see that your struggle back then has made this possible.”