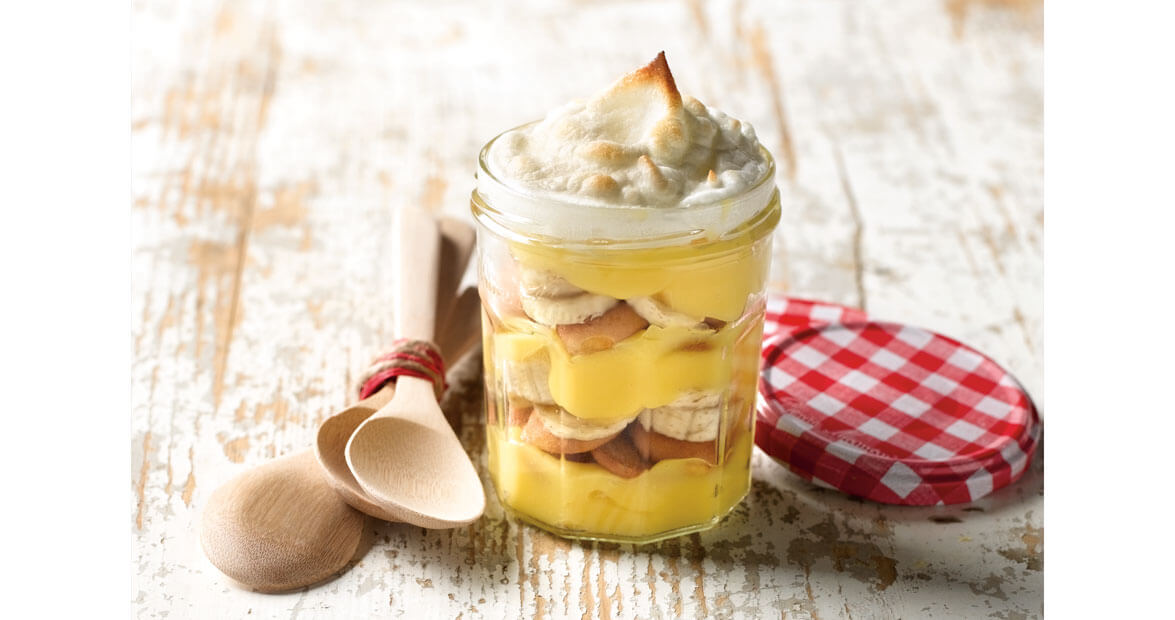 This is what makes banana pudding the signature Southern food. People draw swords over barbecue — which parts of the pig to use, and how to build the smoke, and what goes in the sauce. Fried-chicken fanatics divide over deep fryer or skillet. Pecan-pie devotees debate the qualities of the perfect goo.

Nobody argues much over banana pudding. Make it however you want. Just save me some.

We should probably stop right here, just in case you’re visiting from Saskatchewan and you don’t know banana pudding. It’s simple. One, slice some bananas. Two, mix up some vanilla pudding — yes, it sounds like you should use banana flavor, but roll with it. Three, get you a box of vanilla wafers. That’s the holy trinity. Some people add whipped cream. Others make a meringue. A few grind nutmeg over the top. You’ll even find recipes that substitute ladyfingers for the vanilla wafers. There are many ways to gild a lily.

The only rule is this: Banana pudding is made in layers. Bananas, pudding, wafers, repeat. Banana pudding is geology. Over time — and it doesn’t take long — the layers press together. The flavors seep into one another. With every bite, you can taste not only the ingredients but also what they have melded into, creamy and cool, with just enough resistance for your tongue to push up against.

Layers of taste. Layers of time. And, sometimes, layers of love.

My wife and I are living in Boston for a year on a journalism fellowship. The people in our group take turns providing dinner for everybody on Monday nights. We luck out and find a good barbecue joint to cater most of it. But we decide to make dessert ourselves.

Our group includes people from all over the world — China to Russia, Sweden to France, Argentina to Ecuador. At the end of the meal, we bring out big bowls of banana pudding and set them down at each table. Most of the group has never seen banana pudding before. Someone takes a bite. Then someone else. Before long, you hear nothing but the scraping of spoons and long, contented sighs, like a roomful of old dogs.

We probably should thank the Brits. For centuries they have made a dessert called trifle — a layered dish of cake, fruit, custard, and cream. Sometimes they wet down the cake with a little sherry. In a big crystal dish, it looks spectacular.

Asheville-based food historian Rick McDaniel found references to bananas from plantation letters in the 1700s. But up to and through the Civil War years, few Americans had even seen a banana. Companies started importing bananas from Latin America in the 1870s. Most of them came through the ports of Charleston and New Orleans. By the turn of the century, recipes for banana pudding started popping up in Southern cookbooks.

“You can’t tell me that people weren’t making banana pudding even before that, though,” McDaniel says. “Bananas were around in some places in Colonial times. Vanilla pudding was around. People made cookies. I’m sure somebody said, ‘Hey, let’s put all these together and see how it tastes.’”

McDaniel says the other big moment in banana-pudding history came in the 1960s, when the interstate-highway system started laying four lanes throughout the South. Trucks transported bananas to grocery stores in a fraction of the time. The price came down to the point where bananas were a staple instead of a luxury. Families started making it a regular dessert. Stores figured things out quickly — you find vanilla wafers next to bananas in the produce section, and there’s usually a banana-pudding recipe on the side of the box.

McDaniel grew up in Kings Mountain. Every Sunday, the family ate dinner at his grandmother’s house. Just about every Sunday, banana pudding was in the rotation for dessert.

“I think a big part of it is how easy it is to make,” McDaniel says. “A lot of desserts take a good bit of fussing over. There’s a lot of trouble getting them right. Banana pudding is kind of hard to mess up. Everything in there is sweet. And we go nutso for sweet stuff.”

Of course, banana pudding crept into other parts of the country. It’s too good to keep fenced in. Aretha Franklin, recovering from an illness, ate banana pudding at home while she watched a tribute to her music at the 2011 Grammys. A desperate woman on the Chowhound online message board pleaded for help finding banana pudding in Manhattan. (Consensus from the crowd: Magnolia Bakery.) In Los Angeles, people crowd around a food truck called Nana Queen’s Puddin’ & Wings.

But it all flows from the South. We make banana pudding for church socials and tailgates, feverish children and mourning spouses, houseguests and candlelight dinners for two. And we always make enough to share.

We’re invited to a dinner party with a small group of friends. The wine is good, and the dinner is rich, and everyone tells stories. We made banana pudding for dessert. Our hosts are from Latin America, which produces tons of bananas, but apparently not banana pudding. They’ve never had it. So we leave them the leftovers.

After we go home, they tell us later, they wait a couple of minutes and make a unanimous decision. They grab the banana pudding from the fridge and finish it right then, straight out of the bowl.

Chapel Hill has at least two famous versions of banana pudding. Bill Smith of Crook’s Corner makes one that is so popular, he described it in his cookbook, Seasoned in the South, this way: “Apparently, I can’t be allowed to publish a cookbook that doesn’t contain this recipe.” Smith’s twist uses cornstarch instead of flour in his made-from-scratch custard. Mildred Council, better known as Mama Dip, makes an equally beloved version at Mama Dip’s Country Cooking. She uses a powdered pudding mix but infuses it with a mixture of condensed milk and regular milk.

Every town in North Carolina has at least one go-to place for banana pudding. In Charlotte, just west of uptown, Savor Café brings you a ramekin of banana pudding that’s plenty for two. The meringue is spectacular — more cream than air — and homemade vanilla wafers lie underneath. But the version at Golden Corral is mighty good, too.

What it comes down to, maybe, is utility. You might wait for late spring to pick strawberries for strawberry pie. You might hold out for your favorite late-summer freestone before you make peach cobbler. But in general, bananas are bananas. They’re not grown here, so in a sense, they’re always in season. (We should probably mention this here: The best bananas for banana pudding are just short of overripe. If they’re a little brown on the outside, they’re ready.)

“Banana pudding is just … around,” McDaniel says. “That’s why it’s so ingrained in us. Wherever we gather, there it is.”

My Uncle Don died, all of a sudden, of a heart attack. He upholstered furniture and made it beautiful and had lots of friends. Everybody gathered at the old family house. People parked in the driveway and in the yard and down the side of the road. They got out of their cars toting food.

When somebody dies, you cook for comfort, and the table in the dining room was covered with fried chicken and mashed potatoes and crowder peas and hot cornbread. As good as it was, most of us just picked at it. Except for one thing. Somebody brought a huge aluminum pan full of banana pudding. It sat there on the kitchen counter, and you had to walk right by it.

We cut through the layers with a big kitchen spoon and ladled it onto little plates. We ate banana pudding, there in that old house, and we found the words to remember.

The great gift of the Southern cook is making something wonderful out of nothing special. For five bucks, you can make a bowl of banana pudding that would cause angels to weep.

It’ll be the best banana pudding ever. Because it’ll be the one in front of you.