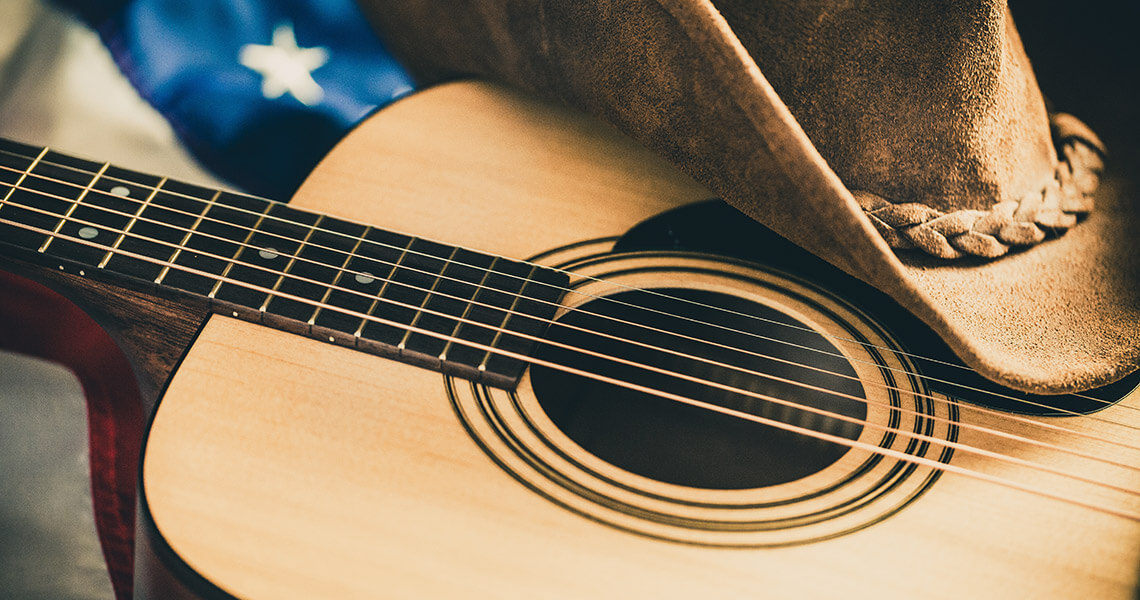 When we listen to modern country music, it’s helpful to consider its two old-time precursors: the Appalachian folk ballads of our Scots-Irish ancestors and the Piedmont blues of the descendants of the enslaved people who were kidnapped and brought here from West Africa. “Originating in the foothills of Southern Appalachia,” according to the Smithsonian Institute’s Folkways record label, “the Piedmont blues served as a breeding ground for cross-pollination between traditions: rural and urban, black and white, country and coastal.” From out of that cross-pollination came country music, whose deep roots in North Carolina stretch back to the 1920s mill ballads of Randolph County-born Charlie Poole.

In this month’s playlist, we pay tribute to North Carolina country music with songs by Poole as well as the late Mebane fiddler Joe Thompson, who helped reintroduce the African American roots of country music to younger generations through his collaborations toward the end of his life with Durham’s Carolina Chocolate Drops. From these bookends, we bring North Carolina country through history to the present, with music by artists ranging from the ’50s and ’60s bluegrass of Earl Scruggs (Flint Hill) to the early-’70s country-pop of Donna Fargo (Mount Airy); from the later-’70s country-rock of Emmylou Harris (Cherry Point) and Charlie Daniels (Wilmington) to the ’80s new traditionalism of Randy Travis (Marshville); and from the ’90s alternative-country of Whiskeytown (Raleigh) to today’s contemporary mainstream country sounds of Eric Church (Granite Falls) and Luke Combs (Charlotte).