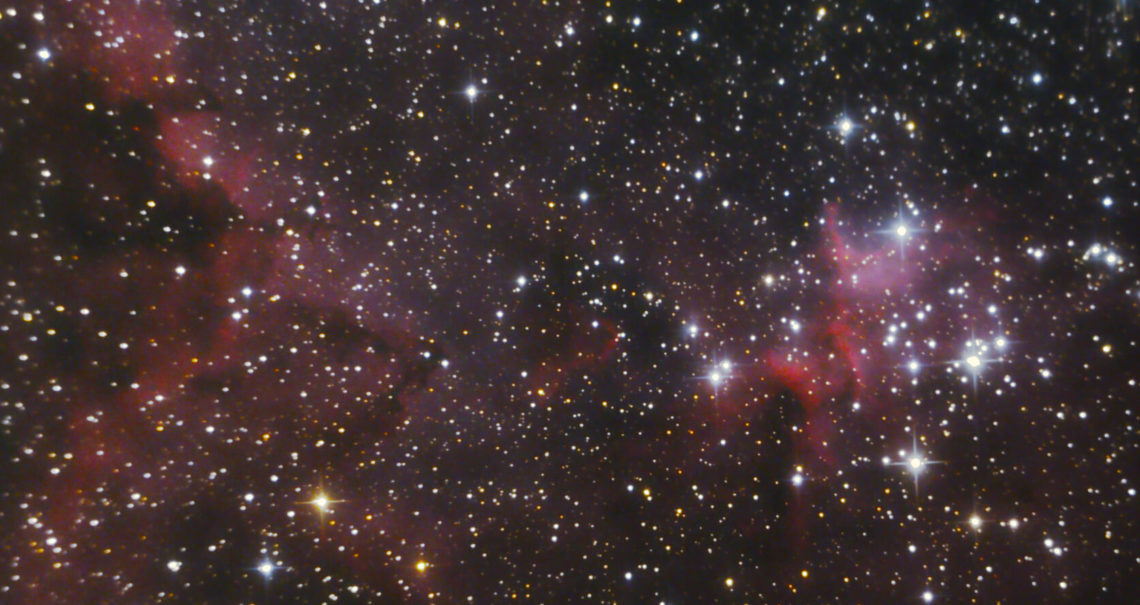 When the sun sets and the night sky turns the color of liquid ink, it’s possible to see the rings of Saturn, the eye of Jupiter, and the craters on the moon from the Bare Dark Sky Observatory in Burnsville.

“It’s like you’re in a spaceship, flying by the moon, looking out the window,” says Margaret Earley-Thiele, executive director of the Mayland Community College Foundation.

The Bare Dark Sky Observatory, part of the Mayland Community College Earth to Sky Park, is home to the largest public telescope in North Carolina. Before it became an observatory, the site in Yancey County was a mica mine and, later, a landfill. The county capped the landfill in the 1990s. 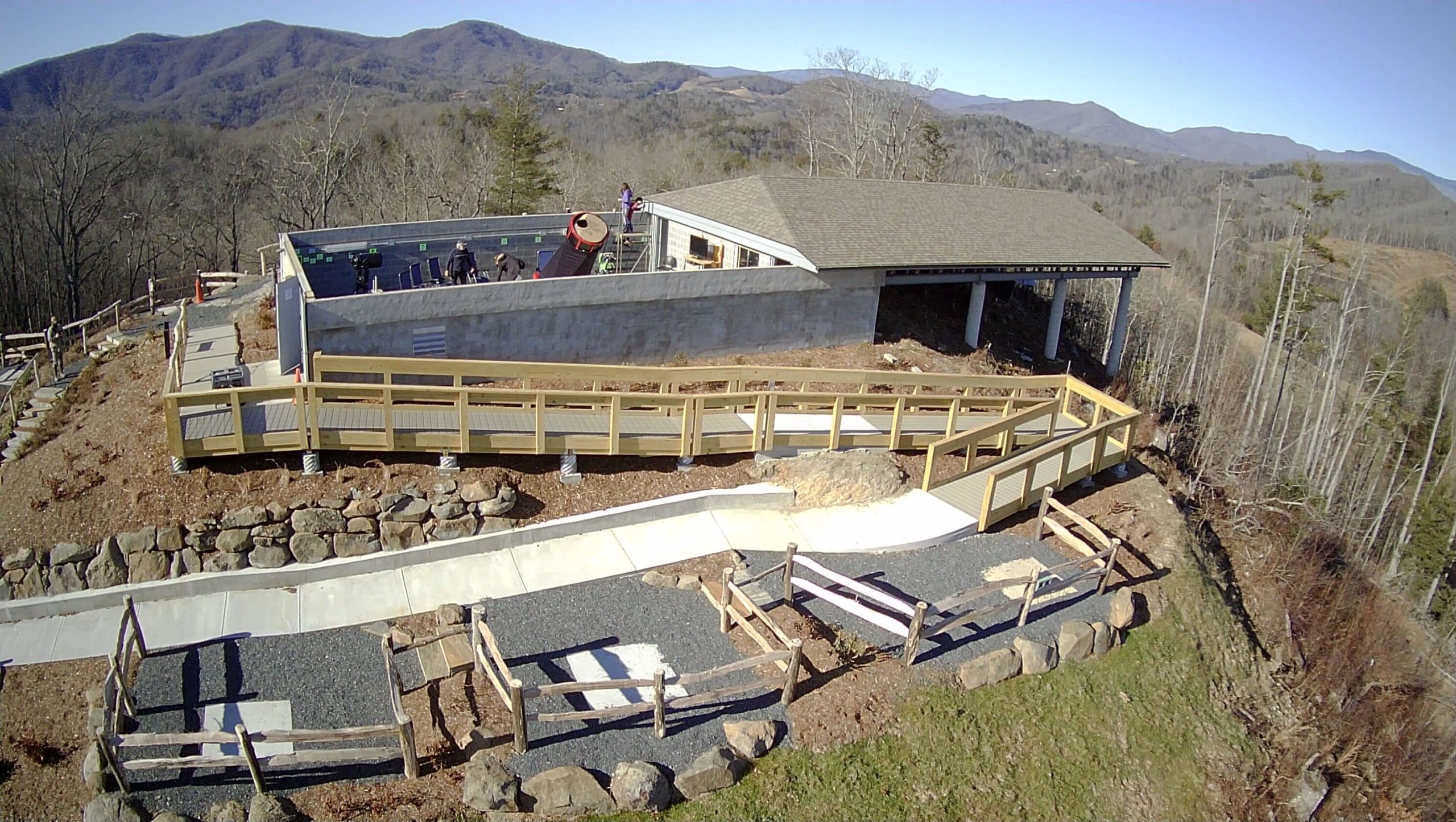 The site served as an artist incubator, called EnergyXchange, where glass and ceramic artists created works in methane-powered studios. When the methane ran out, Yancey County offered Mayland Community College a free lease on the land.

Amateur astronomers who worked at the college began setting up their telescopes on the site because the elevation and lack of light pollution provided unobstructed 360-degree views of the night sky.

Take an educational journey through the dark skies with the space cowboys at the Bare Dark Sky Observatory, enjoy a picnic, explore pollinator gardens, and coming soon: catch a show at the Glenn and Carol Arthur Planetarium. 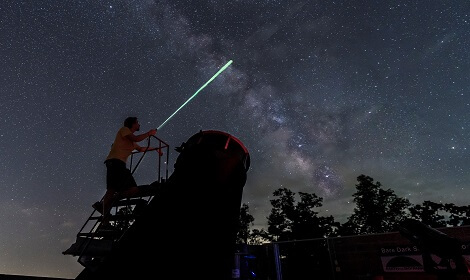 Mayland Community College invited the International Dark Sky Association, a global organization aimed at combatting light pollution, to come to the park. College employees collected light readings during different times of the night and various times of the year to help the Earth to Sky Park earn certification as an IDA International Dark Sky Park.

The rigorous process is only awarded to “land possessing an exceptional or distinguished quality of starry nights and a nocturnal environment that is specifically protected for its scientific, natural, educational, cultural heritage, and public enjoyment.” It’s just one of 94 certified Dark Sky Parks in the world.

“We started getting calls from people who wanted to bring their telescope and asking what else there was to do,” Earley-Thiele recalls. “All we could tell them was, ‘You can stargaze from the parking lot.’ We decided to build an observatory.”

The Bare Dark Sky Observatory opened in 2015. Steve Bruton and Jeremy Bare — known as the Milky Way Cowboys — lead a two-hour show. In addition to a round of trivia (that includes Milky Way candy bars for correct answers, of course), the duo highlights the importance of dark skies and the impacts of light pollution on the ecosystem, wildlife, and health. Earley-Thiele calls it “educational and entertaining.” 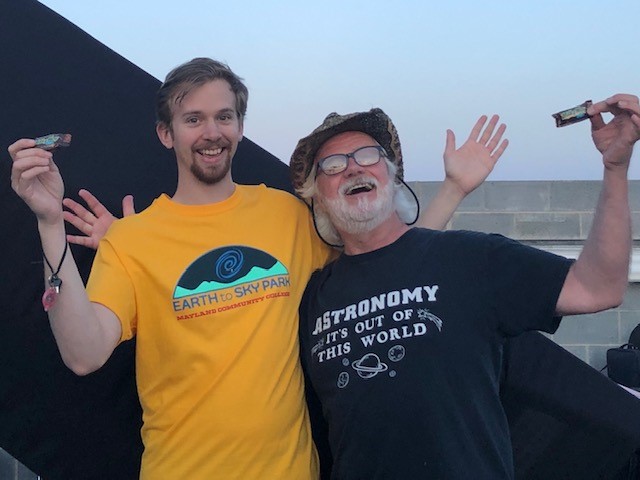 The Earth to Sky Park has attracted visitors from major cities all over the East Coast and beyond.

“When we ask people how they found us, they say, ‘I Googled, ‘Where can I see the Milky Way?’” Earley-Thiele says. “So many people who live in cities have never seen the Milky Way and it’s on their bucket list, and we offer an affordable tour of the night sky.”

Community viewing nights are held on Friday and Saturday evenings; pre-registration is required and the events are limited to 25 guests. The Earth to Sky Park also offers private viewings for up to 25 people. Earley-Thiele calls it the perfect place to engage in socially distanced, educational entertainment.

The Earth to Sky Park is always open to stargazers (even when the Bare Dark Sky Observatory is closed). You can bring your own telescope and set it up on one of the eight telescope viewing stations located around the building. The grounds are kept intentionally dark to preserve the dark skies so remember to bring a flashlight.

Later this summer, visitors will be able to experience the new Glenn and Carol Arthur Planetarium. The planetarium will include a screen that measures 36 feet in diameter mounted in a geodesic dome where images of the night sky will be projected onto the screen. It provides a wonderful opportunity to learn about the night sky and solar system.

“People travel so far to be here and are disappointed when we have to cancel events because of the weather,” Earley-Thiele says. “The planetarium will ensure that visitors can view the night sky, rain or shine.”

Where to Look Up

Astronomy enthusiasts often travel long distances to visit the Earth to Sky Park and, thanks to the location, it’s just one stop on a number of stargazing destinations around Spruce Pine.

Summer is the best time to see the Brown Mountain Lights, unexplained flickering lights rising above the Brown Mountain range in Pisgah National Forest. The luminous lights have been attributed to passing locomotives, moonshine stills, phosphorous, and radiation emanations … but there are also more whimsical explanations.

“The myth is that the lights are fairies flying over the mountains,” Earley-Thiele says. “They look like Tinkerbell.”

Spend the night in one of the local bed-and-breakfasts: Nu Wray Inn and Terrell House are located in downtown Burnsville and the Blue Ridge Boutique Hotel, a 34-room inn in Spruce Pine, is the newest upscale lodging to open in the area — and have an out-of-this-world meal at Pig & Grits before venturing to see the telescopes.

Earley-Thiele notes that even driving between Spruce Pine, Pisgah National Forest, and the Earth to Sky Park in Burnsville offers opportunities to appreciate the night sky.

“Stargazing along the Blue Ridge Parkway is really spectacular; you can see a lot even with a pair of binoculars,” she says. “The whole region is embracing the love of astronomy.” 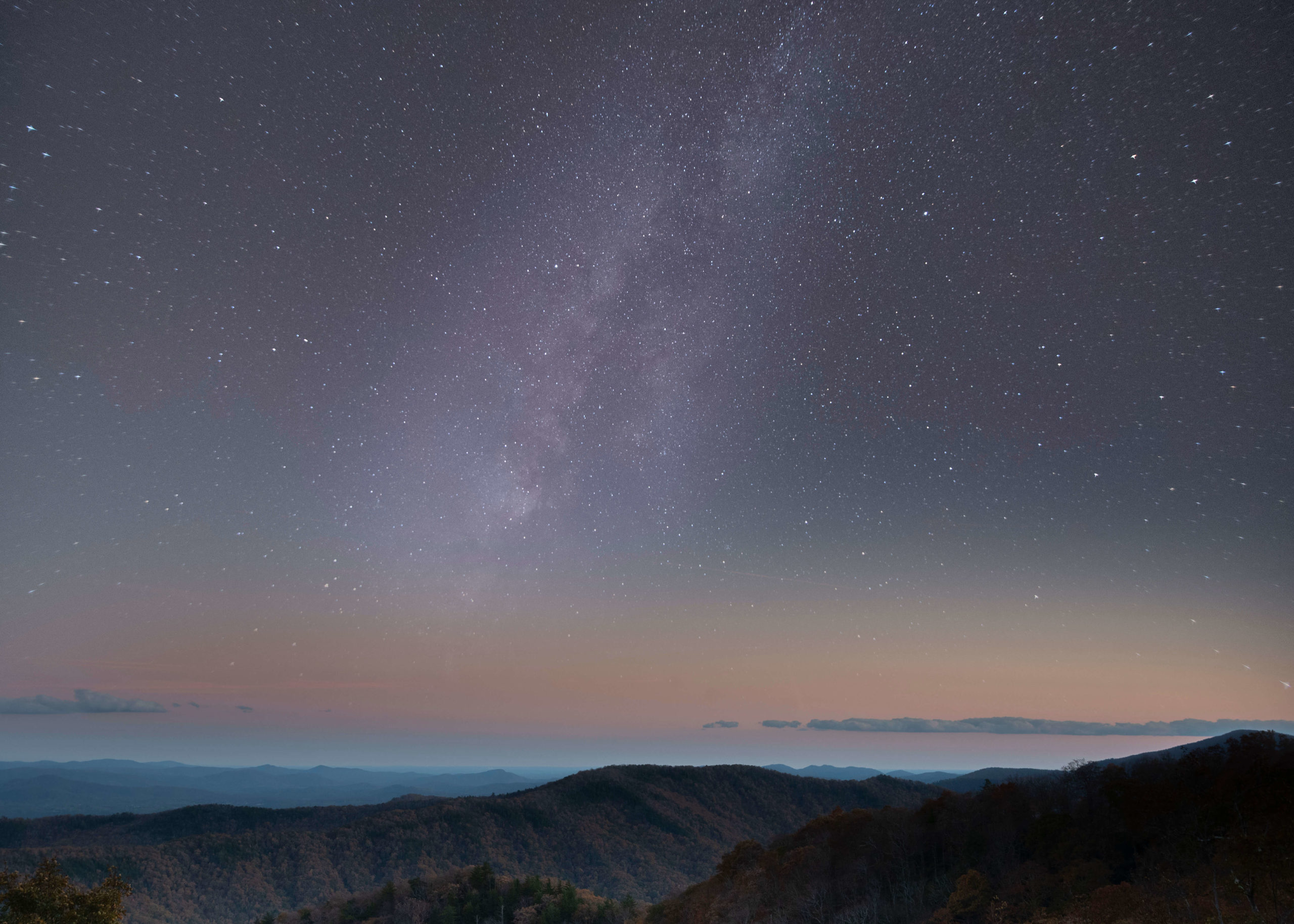 Stargazing along the Blue Ridge Parkway is spectacular. Here, you can see the Milky Way in the horizon. photograph by rodclementphotography/iStock/Getty Images Plus