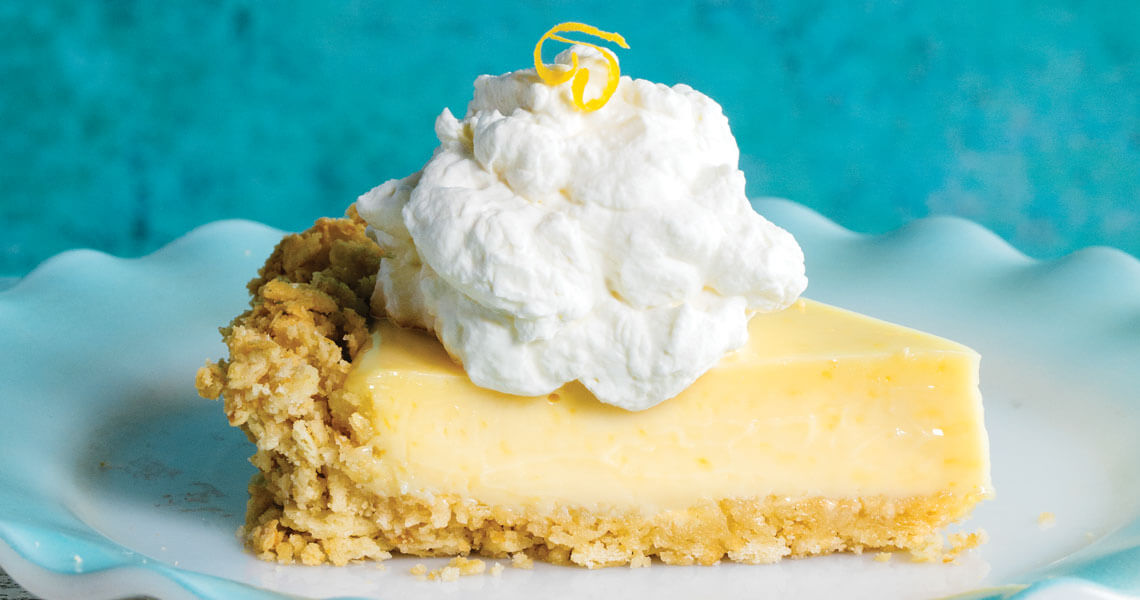 “It was almost by accident,” Bill Smith says. “And now I can never take it off the menu.” In 2011, Smith helped host a coastal North Carolina-themed dinner for the Southern Foodways Alliance symposium. For dessert, he wanted to re-create the lemon pie of his childhood, when his family went to the beach every weekend the weather was good. “I did some research, got some church cookbooks, poked around,” he says. “I called restaurants — like Captain Bill’s and Sanitary and The Beacon — to see if they still made lemon pie. And they all did.” For the Foodways guests, Smith made some tweaks. Instead of meringue, he opted for whipped cream, which doesn’t sweat or shrink and is easier to execute for hundreds of people. And instead of the more common Ritz Crackers, he chose saltines — because, well, that’s what was in his kitchen at the time. The pie was a hit. He added it to the Crook’s Corner menu in Chapel Hill and called it “Atlantic Beach Pie.” One day, cookbook author Katie Workman swung by for dinner and tried it — “and then it went viral,” Smith remembers.

NPR’s All Things Considered featured it as “A North Carolina Pie That Elicits an ‘Oh My God’ Response.” Southern Living called it “The Best Dish of Summer.” The Atlanta Food & Wine Festival commissioned Smith to make 700 servings. Of course, not all feedback was positive: “The whipped cream upset some people, because I’m ‘wasting egg whites,’ ” Smith says. “And there’s a big fight over which crackers to use.” To boot, Smith tops the whipped cream with flaky salt. “Not the way it’s done, traditionally,” he says. Or, it’s a whole new tradition.

Preheat oven to 350˚. Crush the crackers finely, but not to dust. You can use a food processor or your hands. Add the sugar, then knead in the butter until the crumbs hold together like dough. Press into an 8-inch pie pan. Chill for 15 minutes, then bake for 18 minutes or until the crust colors a little.

While the crust is cooling (it doesn’t need to be cold), beat the egg yolks into the milk, then beat in the citrus juice. It is important to completely combine these ingredients. Pour into the shell and bake for 16 minutes until the filling has set. The pie needs to be completely cold to be sliced.

Serve with fresh whipped cream and a sprinkling of sea salt.