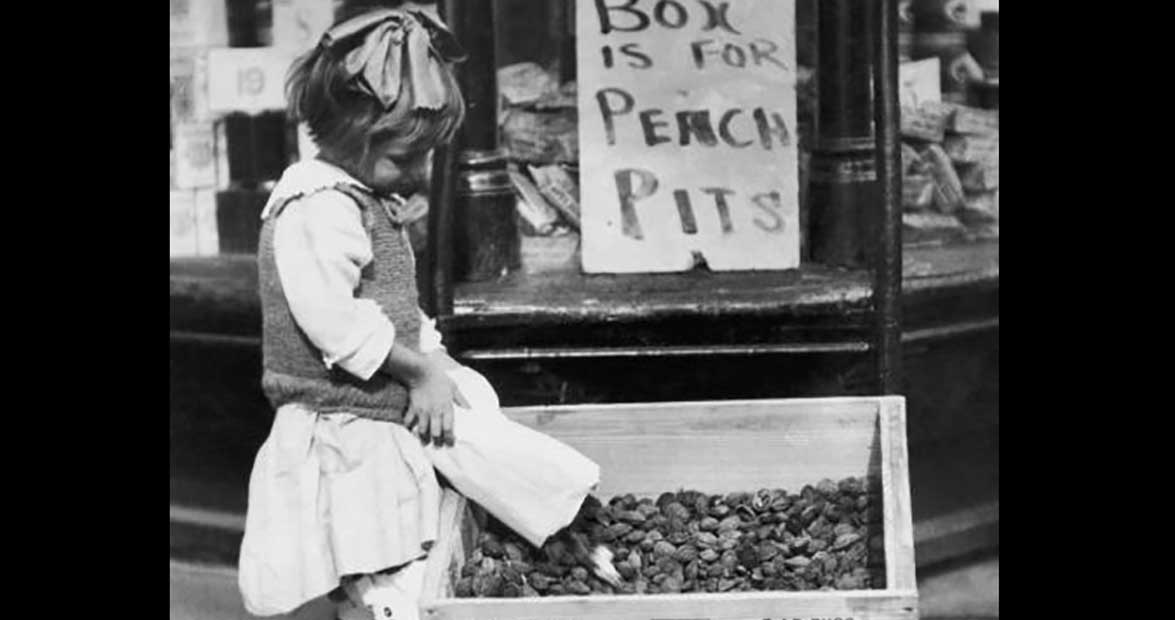 During World War I, Allied troops depended on gas masks to survive the use of chlorine and mustard gas. But the life-saving filter inside each mask required charcoal, the same ingredient being gobbled up by every train and home in the country. When scientists stumbled upon the same active ingredient in a natural replacement — nutshells and fruit pits — the United States looked to its children.

In North Carolina, civic and religious organizations in Wilmington, Winston-Salem, Warrenton, Reidsville, and other towns united their kids in a statewide search for peach pits, walnut shells, and hickory nut shells. After the seeds and pits dried in the sun, kids sprinted to designated collection sites at grocery and department stores across the state.

In Asheville, locals filled the Bon Marche department store barrel to the brim every week for three weeks straight, and in Orange County, four full barrels were cataloged over the course of a month.

By the time the war ended in November 1918, North Carolinians had compiled enough nuts and pits to fill 100 railroad cars, proving that even the youngest among us can be heroes.