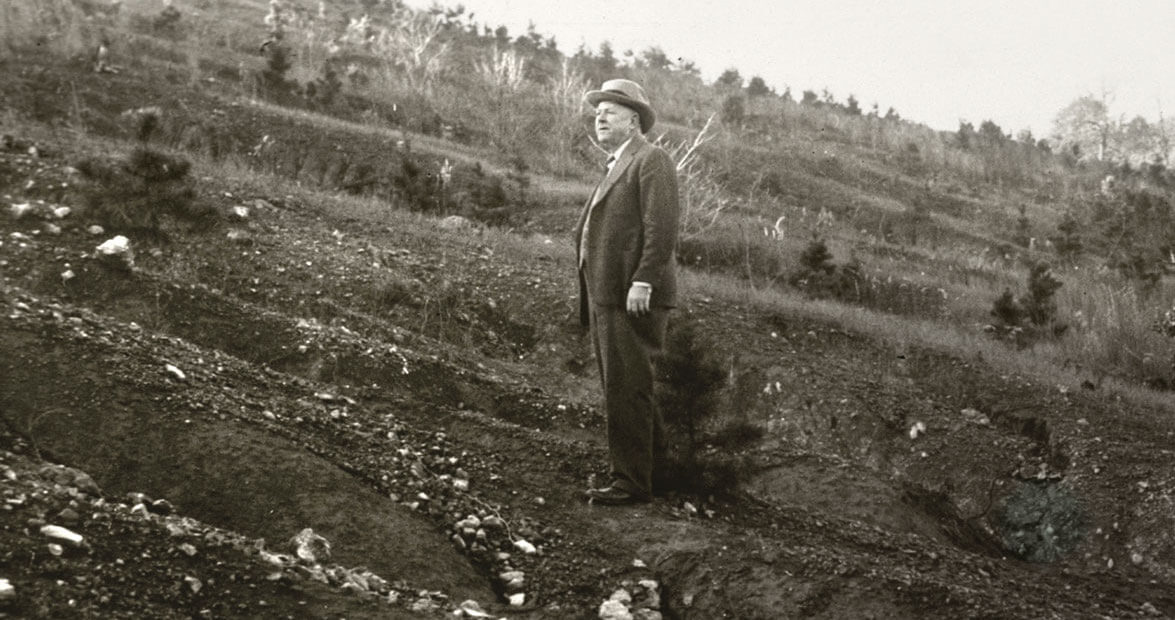 As a dust storm swept eastward over Washington, D.C., in the spring of 1935 — the height of the Dust Bowl — Wadesboro native Hugh Hammond Bennett stood before a congressional committee, arguing for the bill that would establish the Soil Conservation Service within the U.S. Department of Agriculture.

Born on a cotton farm in the drainage basin of the Pee Dee River, Bennett grew up witnessing the effects of erosion on his family’s land. After graduating from the University of North Carolina, he became a soil surveyor for the USDA and discovered his life’s passion. An enthusiastic conservationist and a bit of a showman, “Big Hugh” often staged demonstrations, such as pouring water on a table of bare soil, to prove his point to congressional committees.

The dust storm was the ultimate prop: The bill passed, and Bennett was named the SCS’s first chief.

As a result of his work, in 1937, President Franklin D. Roosevelt established the first of many soil conservation districts across the country — in Anson County, where Bennett grew up. Ultimately, Bennett’s work helped lift the country out of the Dust Bowl.