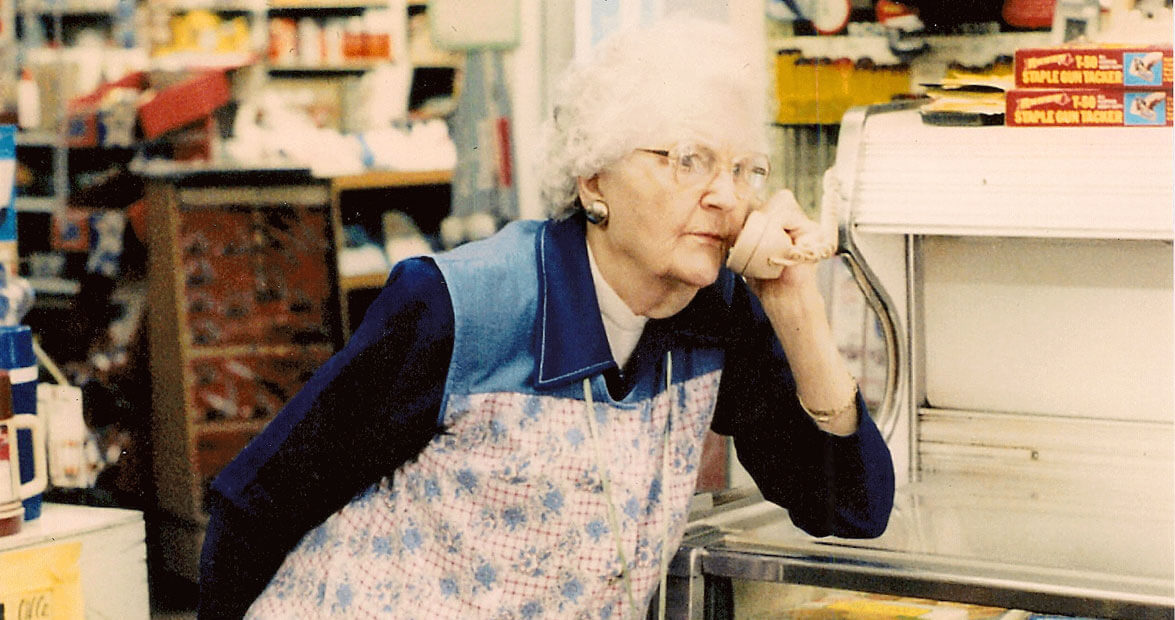 If no one else knew about it, Lola Ward and her rotary-dial phone did. Ward inherited her family’s grocery business, Thompson’s Store in Saluda, after her father, George, started it in 1890. Fruits and veggies, meats and cheeses, canned tomatoes and Pepsi bottles crowded the shelves inside the store, but for Ward, this grocery operation was more about swapping stories than making a buck.

Known as Saluda’s “information central,” Thompson’s Store was the place where locals went for word on everything from the arrival of newborn babies to the railroad schedule. Located on Main Street in a brick building as old as the town itself, Thompson’s contained as much chatter as it did stock: the husky voices of farmers citing the almanac’s rain predictions; the trill of women exchanging recipes and quilting bee details; and that deep-bellied laugh of Ward’s.

For more than eight decades, Ward sat at the ready — pen dangling on a ribbon necklace for quick access — to process everything from full buggies to funeral floral arrangement donations over the phone. Although she died in 2007 at the age of 103, the legacy of this strong-willed, no-frills woman is ever-present in Thompson’s, the state’s oldest grocery store.