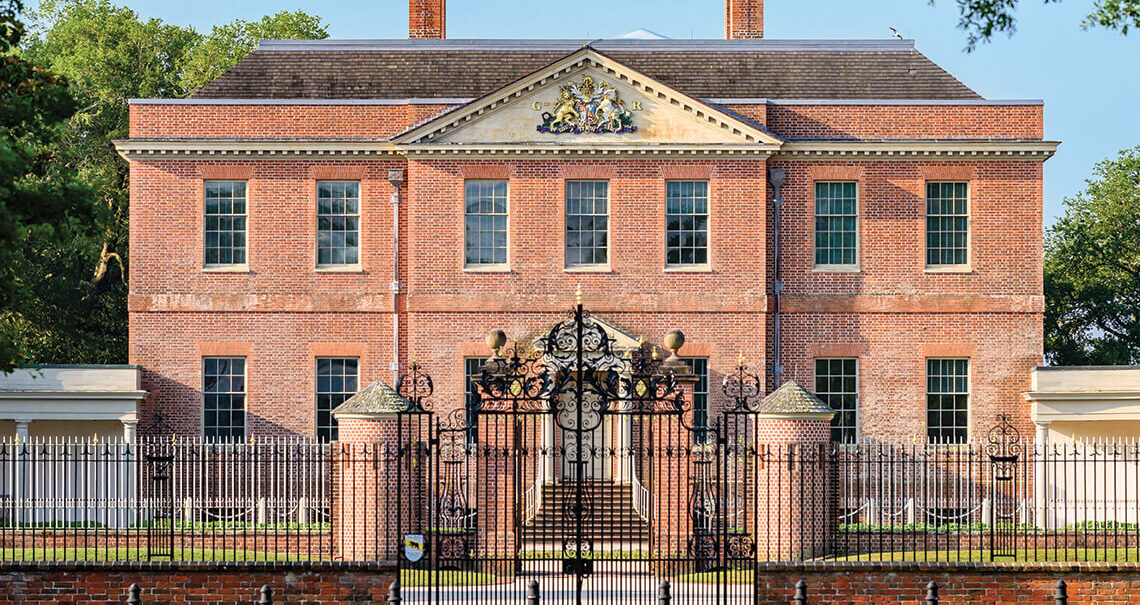 SPONSORED BY Tryon Palace and the NC History Center

Historic Interpreter Shane Mason begins his Lesser Stairs Tour by taking visitors under Tryon Palace’s main entryway to a smaller door, tucked behind the stairs, that leads to the brick-floored cellar. Some servants lived in the original cellar, but neither Gov. William Tryon nor Gov. Josiah Martin — the two North Carolina governors who called this mansion home — likely ever set foot there. “We’re going to head into the palace today with a different viewpoint,” Mason says. “We’re going to look at things from the servant angle.” 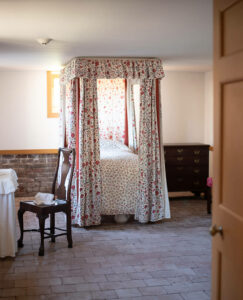 Mason then proceeds up the tour’s namesake lesser stairs, a reconstruction of the steep and narrow staircase that was used by servants and children. He points out the contrast between the lesser stairs and the grand stairs, which were off-limits to servants. At the time of construction, the wood for the original West Indian mahogany grand staircase cost 600 pounds — 24 to 30 times what an average North Carolinian made in a year. “This shows you the dichotomy between the upper and lower class,” Mason says.

Most free and enslaved servants were illiterate, Mason explains, and because servants worked 12 to 14 hours a day, even those who were literate — the butler, the housekeeper, and the cook — had little time for writing journals and letters. As a result, not much is known about the people who worked behind the scenes to keep the palace running. But historian Matt Arthur, Tryon Palace’s living history programs coordinator, is working to change that. We sat down with Arthur to find out how he conducts this research and what interesting stories he’s uncovered.

One History, Many Voices

Discover Tryon Palace with tours of North Carolina’s first colonial capitol, vibrant gardens, and historic homes. Governor Tryon’s life is well-documented, but what of those who also worked in the Governor’s Palace? Lesser-known stories, equally important to our history, are waiting to be told. 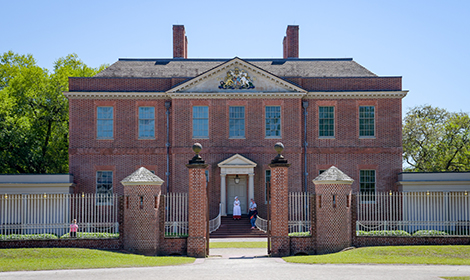 OS: What do you do in your role as living history programs coordinator at Tryon Palace?

Arthur: I supervise the interpreters, which is the term we use for docents, because the past needs interpretation. I write scripts for palace programming. I teach people how to do 18th- and 19th-century skills and trades. And I do a good amount of research, trying to find untold stories and helping make connections from the past to the present.

OS: Some of your research involves enslaved servants. How do you go about conducting that kind of research?

Arthur: A lot of times with enslaved individuals, there’s not much information that’s left about them. When you’ve got white people, who are free, they’re creating legal documents. There are marriage records, letters, and newspaper stories. But when you’re looking at people who are enslaved, you might find a birth record if you have an enslaver who was keeping good records. But enslaved individuals weren’t allowed to get married, so there are no marriage records. They were considered property, so I may find a bill of sale, a will, or a list of the items in an estate that lists names, and sometimes I can really luck out and get ages and families. But often, I will find “seven Negro men, three Negro women” — that’s all that’s there. We know that Gov. Martin had an enslaved cook named Tool, but we don’t know what Tool’s gender was. In one letter the name is spelled Tool, like a hand tool. That conveys a bit of a masculine quality. In another letter, it is spelled Toule, which is a fabric, and you can see a little more femininity. 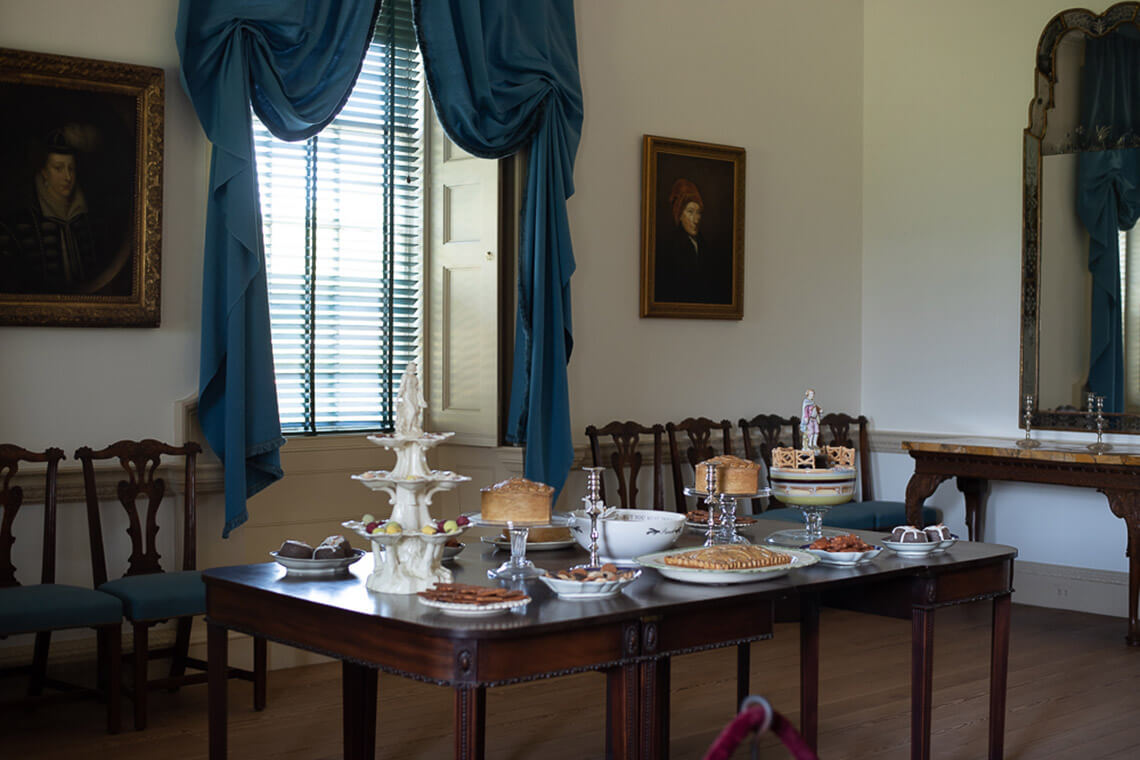 Step back in time in Tryon Palace’s dining room. Photography courtesy of Tryon Palace and the NC History Center

OS: Do you get any leads from stories that have been passed down through their descendants or other sources?

Arthur: Those are a great jumping-off point. Even in the weirdest story, a lot of times there’s some kernel of truth. But you start off with an old story and then look back and compare: These are the individuals in this story. They say it happened in this year — were those people alive then? Were they here in town? What other stories are going to lead you back to documents? You want things to be as based in documented truth as you can.

OS: What’s the most fascinating story you’ve discovered in your research?

Arthur: There was a lady named Dicey Moore who was a young, free woman of color. She lived with Catherine Free, a white woman outside of town who Dicey possibly worked for. I found a newspaper notice where Catherine claims that while Dicey was alone in the house, a man named John Bryan came in and kidnapped her and was working to sell her into slavery. I thought, “This is heartbreaking! What happened to her?” Well, Dicey has a unique name. So I was able to look a little further into the records and see that she married a gentleman and had children. So she ended up being saved!

I did more research into John Bryan and was able to find in a New Bern history book that he was put in jail for two years awaiting trial. I’ve not been able to find out how his story ends, but I can’t help but feel that he got what he deserved. He was willing to sell this woman into slavery, and then he got a taste of what it’s like to be held in bondage against his will. 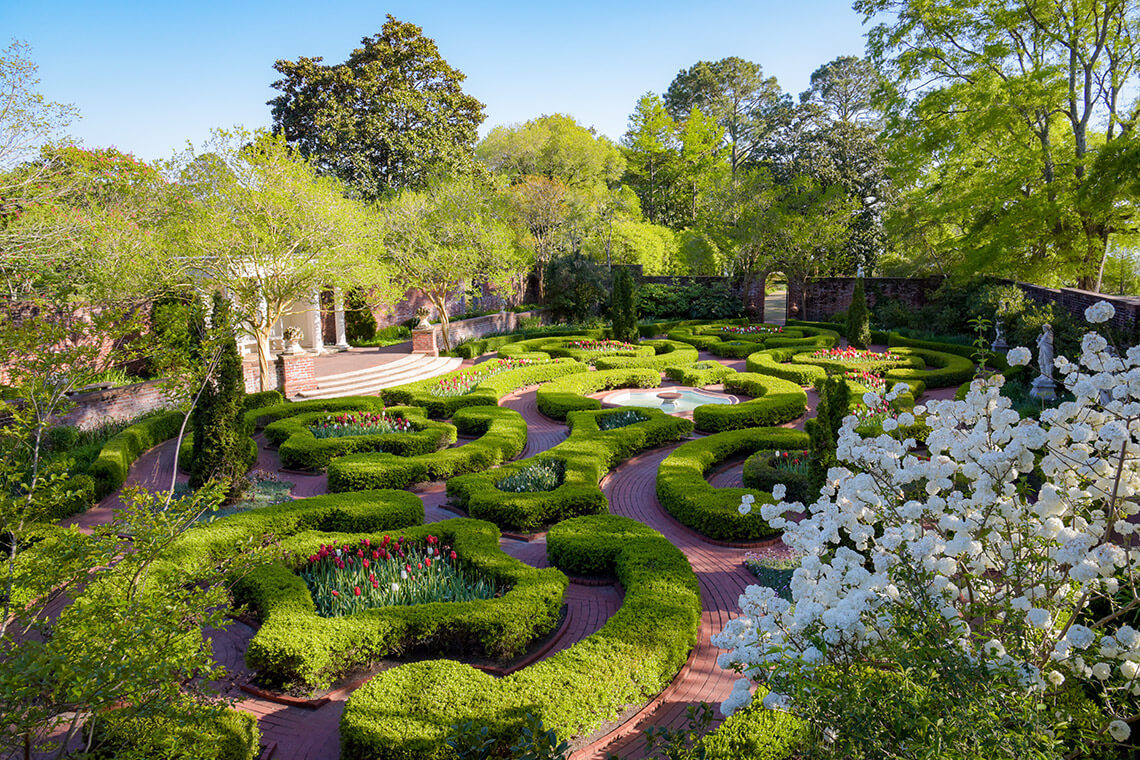 Tryon’s Latham Garden is a formal garden of flowers, pathways, and clipped hedges that were commonly used in English gardens of the period. Photography courtesy of Tryon Palace

OS: What a relief for Dicey! Why is this research so important? What does it tell us about Tryon Palace?

Arthur: Enslaved people were here and vital to the running of the palace. A lot of times, people don’t want to talk about them because it’s uncomfortable or it’s painful. But these were people who had their own stories, and they deserve to be remembered. And because slavery was so “good” at what it did, some of that has been destroyed, and we won’t ever know some of those stories. But if we’re able to piece together bits and pieces, we can call those names, remember those people, and do them the honor of recognizing the fact that they were here, that their stories contributed, and that they matter. That’s when I get inspired.

OS: What’s it like to work in a place like Tryon Palace, which is so rich in history?

Arthur: It’s never boring! We are sharing the history of North Carolina with North Carolina — this is every North Carolinian’s inheritance. New Bern can constantly be plumbed to find new stories about the people who have called it home.