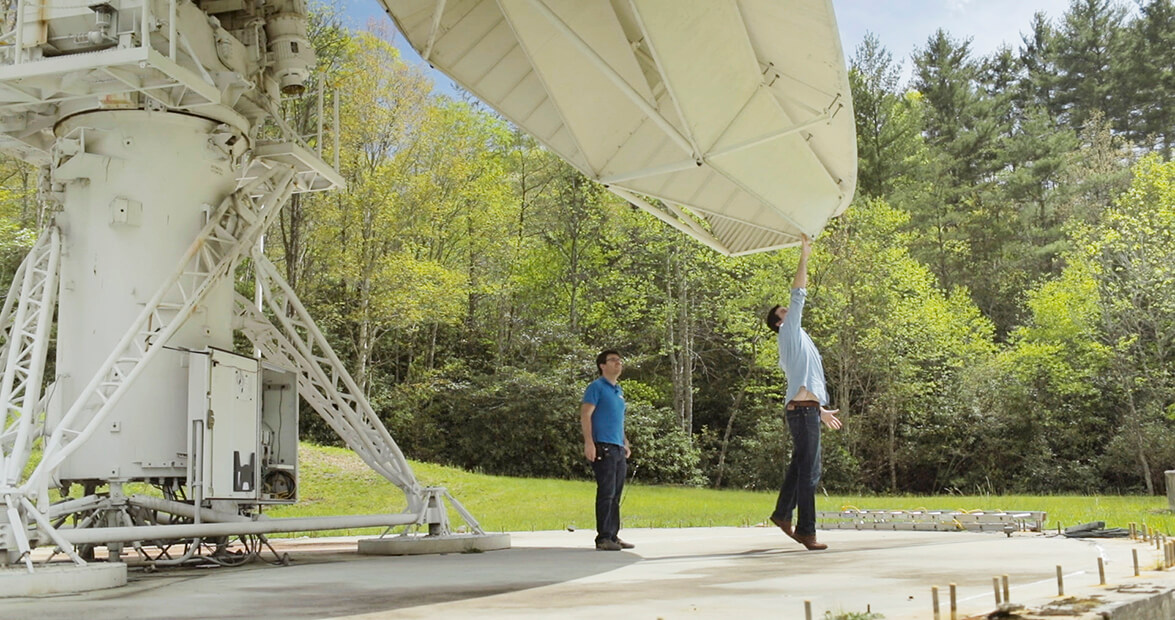 The Pisgah National Forest spans more than 500,000 acres across western North Carolina, and is home to extensive trails for hiking, cycling, and horseback riding, not to mention stunning waterfalls and lush foliage. Driving through its winding roads is an attraction in itself; once you enter the forest, the density of the trees and wildlife around you is all encompassing, making you feel like you’re in another world.

But keep driving, and you’ll find something truly out of this world, a place so mind-boggling that you’ll be convinced you’ve entered a parallel universe: the Pisgah Astronomical Research Institute (commonly known as PARI for short, pronounced “Perry”). If you’re coming from Asheville, you’ll venture south through Fletcher, Mills River, and Brevard. You’ll turn off of Highway 64 and onto NC-215 North. Now you’re in the thick of it — but don’t stop there. Keep driving. You’re likely to lose cell phone reception out here, but you won’t need it; where you’re going is impossible to miss.

There will be a sign for the Pisgah Astronomical Research Institute, leading you down a smaller winding road, and then — seemingly out of nowhere — something is smiling back at you. And it’s not a person; it’s a giant radio telescope with a smiley face painted on its surface.

Let’s rewind 55 years. In 1962, NASA (barely five years old at the time) conducted a worldwide search for potential sites to host its network of satellite tracking and data collection stations. It came across the Pisgah National Forest, and was immediately drawn to the benefits of the location, as it was protected from man-made electronic and light interference. The facility, originally named the Rosman Tracking Station, was dedicated on October 26, 1963.

The smiley face on PARI’s 4.6-meter radio telescope was painted as a joke during the height of the Cold War. The Soviet Union was intensely interested in the facilities, and often sent satellites to photograph the campus. Each photo consequently featured a smiley face as a “friendly wave.”

The Rosman Tracking Station closed in 1995, and the campus sat empty for four years until Don and Joe Cline decided to rescue it, recognizing its potential to remain a resource for research and education. PARI was established in 1999, and the Smiley Radio Telescope is still the first thing to welcome you on your visit.

And that’s just the beginning.

Whether you’re a student, a science buff, or just looking for something new to do on your next trip to the Appalachians, PARI’s facilities are astounding. The campus hosts two 26-meter radio telescopes that are still fully operational, and are constantly collecting data for research purposes and demonstrations. They tower nearly 85 feet above you, and if you’re lucky, a PARI employee will teach you how to maneuver them. Don’t be surprised if you decide you want to become an outer space research scientist afterward.

PARI’s campus spans 200 acres, and offers campus tours; both self-guided tours open to the public Monday through Saturday, and scheduled guided tours on Wednesdays and Saturdays. It is also home to hands-on space and earth science exhibit galleries, a nature center, and a 3D printer. PARI offers multiple learning opportunities for people of all ages, including the Astronomy Research Program, the AdventureDome Portable Planetarium, and SciGirls: a program that is designed to change how girls ages 9 to 14 think about science by engaging them with fun, hands-on projects.

During your visit, once you move past the initial awe of the telescopes and have taken a tour of the indoor facilities, labs, and exhibits, go back outside. Take a look around, and you’ll soon remember that you’re in the middle of the Pisgah National Forest. PARI takes full advantage of its location in the “middle of the nowhere,” beyond its scientific capabilities — the campus boasts extensive hiking trails and breathtaking mountain views overlooking the facilities, giving you the chance to tower over those telescopes that once made you feel small.

PARI also offers events open to the public, many of which are at night. Take part in a SkyTrek stargazing session, and you’ll quickly understand why NASA chose this location in the first place; on a clear night, you’re likely to see more stars in the sky than you’ve ever seen in your life.

That’s what’s so special about a visit to PARI; it has a way of reminding you of the world beyond your own. Sometimes it’s comforting to remember that we’re small in the grand scheme of the universe. Oh, and the great big smiling telescope is pretty cool, too.