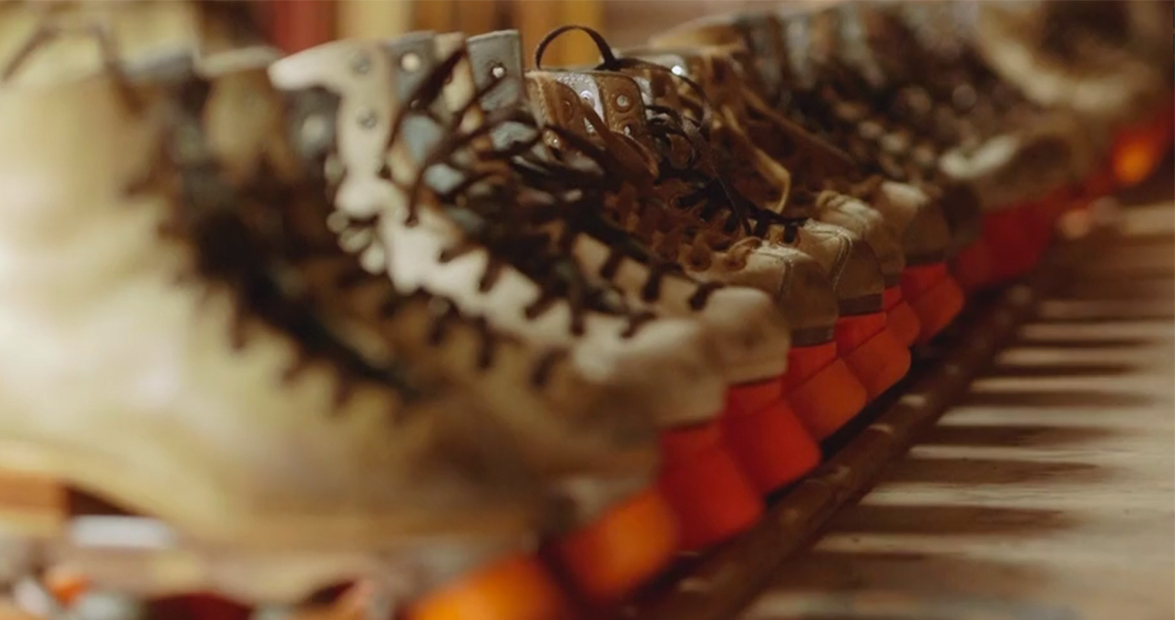 There are few activities more nostalgic than roller-skating. The thought of it alone brings back childhood memories of lacing up your four-wheel skates for the first time — skates that feel entirely too heavy to be able to balance on — and tentatively stepping onto the smooth rink, usually with an adult’s steady hand close by. Your legs are wobbly at first, getting used to the weight of the skates, and you probably fall a few times. But like most things in life, it gets easier with every step.

That’s what Lisa Pruitt tries to relay to her students at Roll-A-Bout Skating Center in Eden. Learning to skate is all about the basics: balancing, turning, and stopping. Once you’ve gotten the hang of it, you’ll know how to skate for life — that’s why Pruitt calls it a lifetime sport.

But for Pruitt, the “lifetime” aspect of roller-skating takes on a far more literal meaning.

“I’ve had a pair of skates on my feet about the time I started walking,” she says.

Pruitt practically grew up in a roller-skating rink. Her father was a competitive skater, so she followed suit for about 14 years when she was younger, and she dabbled in hockey and roller derby. Today, she’s a skating coach at the Roll-A-Bout Skating Centers in Eden and Collinsville, Virginia.

“I’ve been here long enough that I’ve seen kids that were here in grade school bringing their own kids skating,” Pruitt says. “They grew up here and now they want their kids to have that same experience.”

When Roll-A-Bout Skating Center in Eden was built in 1980, it was the second of multiple Roll-A-Bout centers to be owned by Mike and Christie Foley. Mike, who passed away in August 2016, first managed and owned a number of skating centers in Tennessee and North Carolina over his lifetime, and today Christie honors his legacy by running the three remaining centers that Mike built in Eden, Burlington, and Collinsville, Virginia.

“He grew up roller-skating. His mom worked for a rink in California, and he started skating when he was probably five. He skated competitively, and he always came in the top three in nationals. It was just something he loved,” she says.

Mike was a 50-year member of the Roller Skating Association and a certified teacher with the Society of Roller Skating Teachers of America (SRSTA). Christie grew up in Martinsville, Virginia, and much like Pruitt, spent most of her childhood at the local skate center.

“I was a rink rat when I was a kid at Interskate in Martinsville,” Christie says. “I used to put up skates in the skate shop for free admission, because I was there six days a week.”

Mike and Christie’s shared passion for roller-skating is what their entire family business was built upon. It was important for Mike, and continues to be important to Christie, to create and maintain a community space where children and families can enjoy good, clean fun. The Roll-A-Bout Skating Center in Eden hosts an array of programs and events for children and adults, including skate nights for schools, private parties, all-day and all-night skates, cheap skate night ($1 admission), and seasonal specials.

Roll-A-Bout also offers skate classes of all levels. In fact, the sign outside the rink reads:

Pruitt points out that no matter your expertise — or lack thereof — skating sports are unique from most mainstream sports in one distinct way.

“There are parents that compete on the same teams their kids do,” Pruitt says. “They go to practice with their kids. I mean, what other sport is like that?”

Roller-skating as a lifetime sport has a significant meaning to Christie, as well. It was, after all, how she and Mike met.

Christie got a job at the Roll-A-Bout Skating Center in Collinsville in her early twenties, after moving to Virginia Beach for a few years. It was 1983 and the location had just opened, and her soon-to-be ex-fiancé convinced her to move back and work at the rink. She was hired as a cashier.

It was the night of the soft opening. The whole community was there. Church pastors, school administrators, even the mayor. But as she sat at the snack bar table, only one person caught her eye: Mike.

“He was dressed in navy blue pants and a bright green blazer, like the ones men wear at Augusta,” she recalls. “I leaned over to the girl next to me and I said, ‘Who is that?’ And she said, ‘Oh, that’s the owner! He owns all of the skate centers.’ And this sounds cheesy, and I don’t know if I imagined it or not, but I really thought I heard an audible voice that said, That is the man you are going to marry. And I kept fighting it, but we just clicked.”

Mike was smitten with Christie from the beginning, too — although he had an odd way of showing it.

“For the next few weeks he made it his life’s mission to make me miserable. I thought he was trying to find a reason to fire me,” Christie says.

But every now and then, she’d catch him staring at her from up in the sound booth, and started noticing that he was coming to the rink a lot. She recalls Mike wanting to take the staff out for pizza after work more and more, and that he would always maneuver himself to be sitting beside her.

“So that’s how it kind of got started,” Christie recalls. “He even proposed at the rink! So I guess it was just meant to be.”

Christie wasn’t the only one to fall in love surrounded by roller skates and disco-ball lighting — it is yet another thing that she and Pruitt have in common.

It’s clear that roller rinks hold a special place in many people’s hearts, whether you’ve only skated once, a few times, or have been skating your whole life. Maybe you’re a little rusty, and are hesitant to step back onto the rink. To that, we say: Lace up those skates, and take that step at the Roll-A-Bout Skate Center in Eden, where the faces are friendly and the hands are helpful.

“I hope that when people walk in the door, they feel welcomed,” Pruitt says. “I love to see the kids having a great time. And when they learn a new trick, or they learn how to get out on the floor and not have to hold their mom or dad’s hand, and you see the excitement on their face that they learned something new, that just makes it all worth it.”