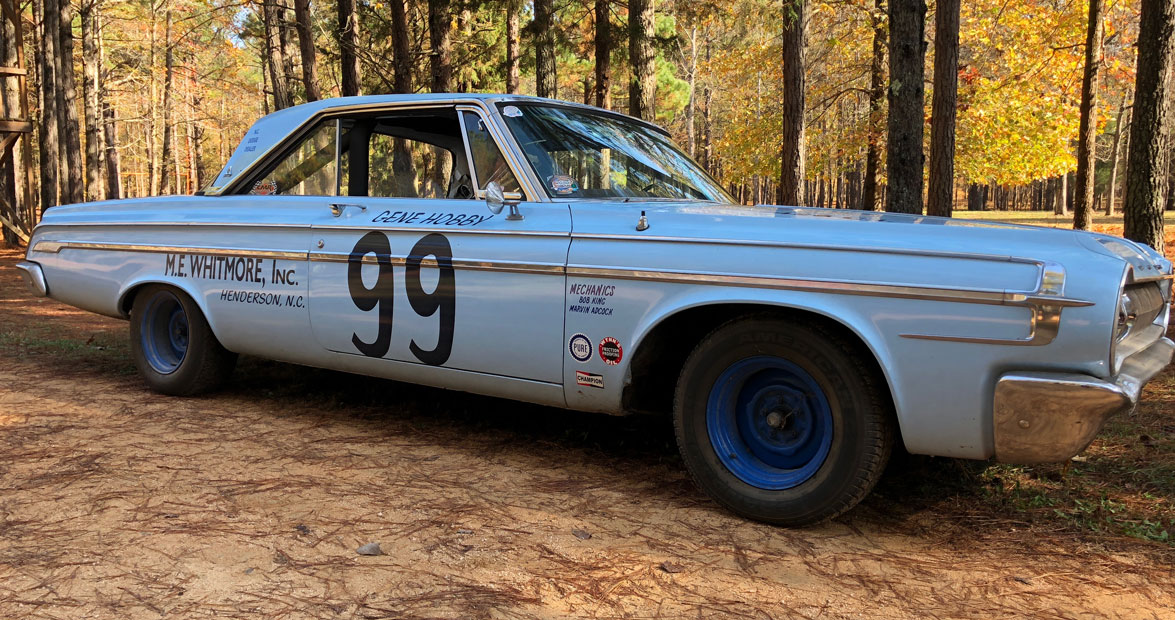 Gene Hobby has never rolled down the side of a mountain, but after a mid-race crash at the Occoneechee Speedway in 1965, he reckons he can tell you what it would feel like.

It was the 47th lap, a little more than one-third of the way into the race, and Hobby was feeling good in seventh place. As his race car slid around the fourth turn, running about 100 miles per hour, a busted front ball joint caused the car to careen off the dirt racetrack and flip down the straightaway, nearly into the stands.

“Rolling over and tumbling like that, end over end, was like being up on the mountainside in a 55-gallon drum and rolling down,” Hobby says.

A lot of people may have called it quits there — though, of course, most people wouldn’t have gotten into the car in the first place. But racing sparked something inside of Hobby. After the crash, instead of succumbing to fear, he continued to race.

Customers in the Triangle, Sandhills, and the Piedmont say, “it’s easier” with LeithCars.com. They come back for their 3rd, 5th, and even 11th Leith car. That sort of loyalty is reflected in great reviews — see them for yourself. 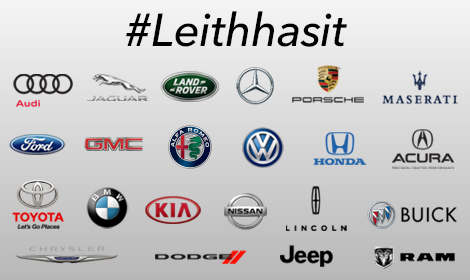 This is the power of a spark — the same spark that fired up the engine of the Plymouth Roadrunner that a young Richard Petty drove into first place at the 1968 Hillsboro 150, the final race to take place at the Occoneechee Speedway during its 20-year tenure as an official NASCAR racetrack.

Frank Craig was there for that race, and plenty of others before it. When he stands on the Historic Occoneechee Speedway Trail, he feels it, too — that spark, still drawing him in, still as electrifying as it was 60 years ago, when he went to his first race in 1957 at age 5.

“Pretty much all of the guys that are in the hall of fame in NASCAR now, they raced here,” Craig says. The nine-tenths-of-a-mile dirt track, built by NASCAR cofounder Bill France on top of an old horse-racing track, opened for NASCAR’s inaugural season in 1948 as the largest dirt track on the circuit, and “the fastest and the most dangerous because it had no guardrails,” Craig says. But that didn’t stop drivers from hitting speeds of up to 120 miles per hour, only slowing down slightly to glide around turns and avoid veering off-course and into the neighboring Eno River.

“When you get on a dirt track, you don’t use brakes,” Hobby says. Instead, he’d just take his foot off the gas, cut the wheel about five yards before each turn, and maybe say a prayer. “You’re sideways all the way around … everyone called it power slide.”

In those days, if 15,000 people came out, it was an average Sunday for the speedway. “People would come from all over the country, just come to this track, and it started before the interstate highways were even built,” Craig says. “You think Hillsborough traffic’s hard to get through now — it was unbelievable back then.” On Sunday mornings, the town of less than 2,000 would come alive to the roar of 30 race car engines starting. “It was dirty, and it was loud,” Craig says. On race day, sparks flew.

What didn’t fly with the local clergy, however, was the fact that their congregants were gathering in the grandstands instead of in the pews, engaging in what pastors defined as miscreant behavior. They joined together to form the Orange County Anti-Racing Association and pressured the local government to outlaw Sunday morning racing in Orange County. The group succeeded, and the Occoneechee Speedway was forced to close its gates in 1968.

And with that, the racetrack, and its history, was all but forgotten.

In 1997, Bill Crowther and a group of history preservationists purchased the speedway property with the intent of saving the view of Ayr Mount, an early 19th-century plantation home located across the river. Discovering Occoneechee Speedway here as well was a complete surprise.

“When we bought this property in 1997, [we heard] that there were races back here, but no one was talking about them anymore,” Crowther says. “We came in on the property … [and] began to discover all these artifacts, and then individuals began to come forward and tell us about the history here.”

It was then that he began to learn the full history of the site, beginning with the band of Occaneechi Indians that lived on the riverbanks here in the 17th and 18th centuries, and continuing through the era of the eponymous racetrack. Crowther responded by filing for historic status. Now, he’s re-creating former buildings including the ticket office and press box, and breathing new life into the site as one of the first walking trails in Hillsborough.

The walking trail is part of the Mountains-to-Sea Trail, which stretches nearly 1,200 miles across the state, from Clingmans Dome to Jockey’s Ridge.

Over the past 20 years, the Historic Occoneechee Speedway Trail, which is owned and managed by Classical American Homes Preservation Trust, has achieved a number of milestones, but the most treasured moment to Crowther was when it was added to the National Register of Historic Places in 2002, one of only three racing venues on the list (the other two being the Indianapolis Motor Speedway and the Bonneville Salt Flats).

“It’s an honor to be a part of,” Crowther says.

Today, visitors can enjoy four miles of clear trail underneath a canopy of trees, a stark contrast to the metropolitan areas of the Triangle. Though life moves a little slower on the racetrack today, with its reopening, Occoneechee Speedway has sparked memories of the smell of racing gas, the echo of car engines on the back straightaway, and nostalgia for the days when a checkered flag flew in Hillsborough.