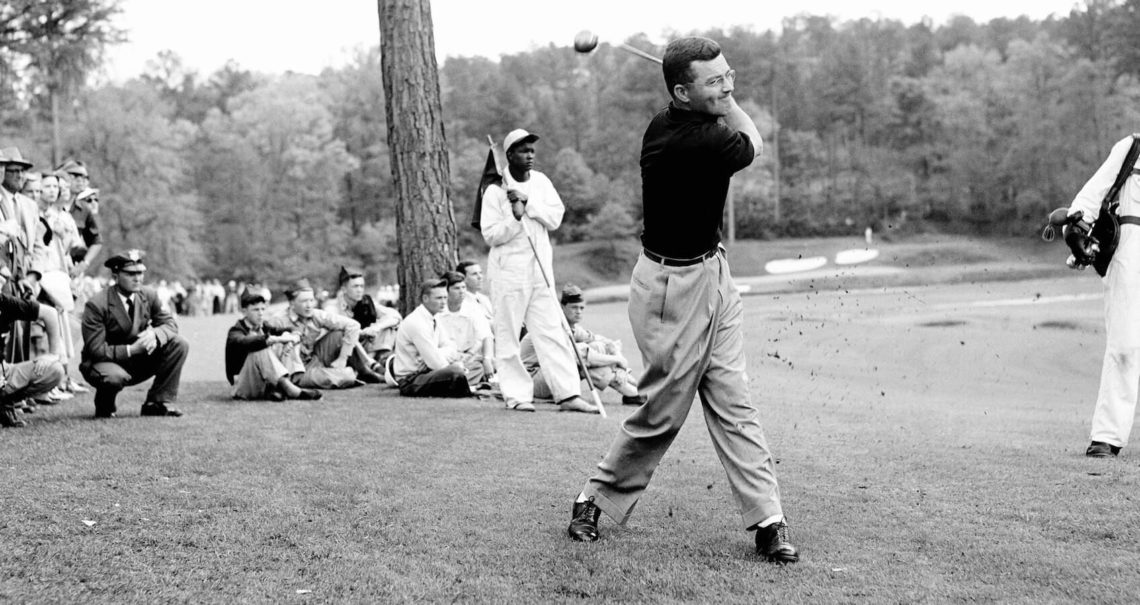 In 1954, Billy Joe Patton, a junior executive at a lumber company in Morganton, splurged on a white cashmere jacket. He wanted to look nice down in Augusta, Georgia, that April. He thought he might win the Masters. And he almost did.

Patton, then 32, was an amateur who took big swings and hit long drives, but his accuracy was suspect. “Like skirmishers under mortar fire, the van of the gallery would scatter, heads hunched, as Billy Joe’s ball rattled through the branches,” a Sports Illustrated reporter wrote. And then, miraculously, Patton would recover, whizzing his next shot to make a birdie or save par.

Patton was a regular on the amateur circuit and won a few tournaments, but he played better when he didn’t take things too seriously. So when he hit a hot streak and qualified for the 1954 Masters, he acted like he was playing a round back in North Carolina. The strategy worked: Shockingly, Patton took the lead during the first two rounds. On the last day, he reclaimed the lead and ignited a frenzy when he hit a hole in one on the par-3 sixth.

Back in Morganton, golfers at the Mimosa Hills Golf Club collected quarters to make long-distance calls to Augusta, then shouted out updates on Patton’s playing (the tournament wasn’t televised until 1956). At Augusta National, the crowd following him grew. On the fairway of the par-5 13th hole, he swung a 4-wood in an aggressive effort to reach the green in two shots. His shot came up short and splashed into Rae’s Creek. The crowd, now 8,000 strong and feeling anxious, groaned. “This is no funeral,” Patton told them. “Let’s smile again.”

He missed the ensuing playoff by one stroke, finishing third, and wore his bold white coat at the green-jacket ceremony.

Patton went on to play in the next dozen Masters tournaments. He became a fan favorite and usually played well, although never that well again. “You know what, I was better off not winning it,” Patton told the Greensboro News & Record in 2004, seven years before his death at age 88. “I’ve lived a very happy life. If I hadn’t lived such a happy life, I might feel differently.”