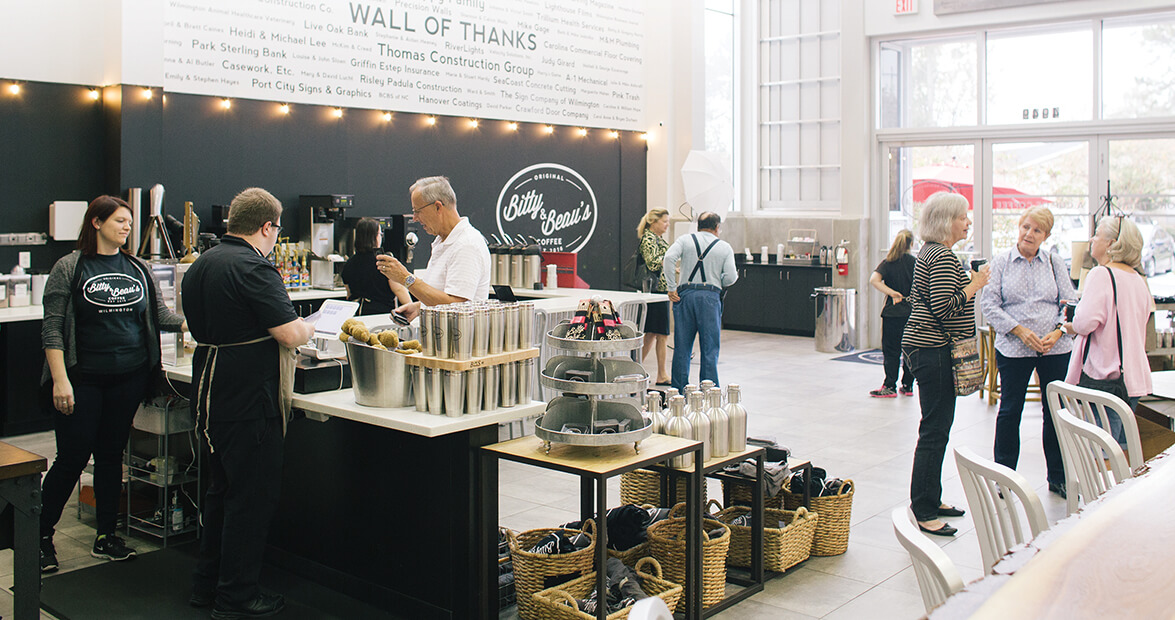 Editor’s Note: This story was originally published in January 2018.

Sure, coffee lovers come to Bitty & Beau’s for steaming lattes and frothy cappuccinos, but they’re equally drawn in by the café’s mission. Realizing a need for people with intellectual and developmental disabilities (IDD) to find employment and purpose, Amy and Ben Wright opened their coffee shop — named for their two youngest children, who have Down syndrome — in January 2016, employing 19 workers with IDD. Today, folks congregate, chat, and hold meetings at tables, a wood-slab bar, banquettes, a lounge area with sofas, and even a glass-enclosed conference community room, all of which is overseen daily by Amy and a rotating, cheerful crew of 40.

Matt, the 28-year-old designated “Giver of First Impressions” and tour director, points out the U.S. map featuring pins indicating the origins of Bitty & Beau’s visitors — North Carolina is one big red blob — plus the Post-its from France, Thailand, and other far-flung locales. At Bitty & Beau’s, fellowship, inclusivity, and valuing everyone’s capabilities creates community, one cuppa at a time, and that’s garnered national interest: In 2017, Amy was named CNN’s Hero of the Year. In her acceptance speech, she spoke directly to her children: “I would not change you for the world, but I will change the world for you.”