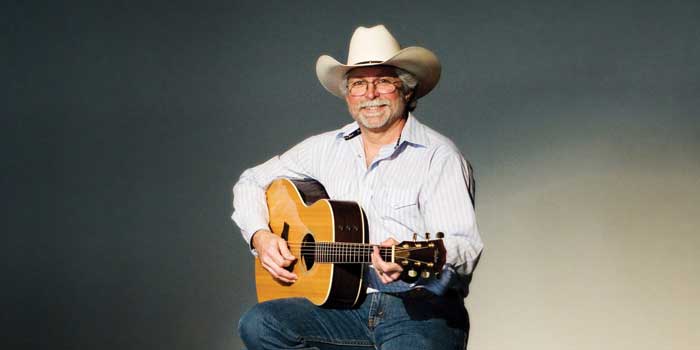 When bobby plough came to North Carolina 18 years ago, he sought a different kind of life. Quieter. Relaxed. Laid back. Born and raised in Texas, the 55-year-old singer and songwriter still speaks with a Texas drawl and favors cowboy boots.

But the Lone Star State is far from his mind these days.

Plough and his wife, Jane, live in Elizabeth City, where they own a local restaurant, the Cypress Creek Grill. It was on his own stage where he realized his talent.

He released his first album, Barn Full of Memories, in 2008 and is scheduled to release another later this year. He performs at clubs and coffeehouses in North Carolina and surrounding states and has become a regular at equine events.

Plough grew up a devotee of Texas singers and songwriters, and strummed guitar in cover bands. But something never seemed right.

“I didn’t write anything worth keeping till I moved out here,” he says.

Plough was born and raised in Corpus Christi, Texas. Mainstays of the Texas sound, such as Willie Nelson, Guy Clark, and Steve Earle, inspired him, but Plough was also captivated by a trio of North Carolina musicians: James Taylor, Doc Watson, and Charlie Daniels.

Surfing first brought Plough to North Carolina in 1982. A decade later, when he and Jane wanted to relocate, North Carolina came to mind. The Elizabeth City area had everything they wanted: plenty of country for horses, easy access to the coast, and a good spot where they could start a restaurant.

Plough traveled to Seven Pines Studio in Edenton to record his first CD. Martin Parker, the studio owner, co-produced the album with Plough and played drums. Parker, an Edenton native, returned to North Carolina after a long career in Nashville, Tennessee, where he backed Vince Gill, Patty Loveless, and countless others. He knows good songwriting when he hears it.

“There’s a handful of songwriters out here who are good enough to make it if they were in a major music area,” Parker says. “Bobby’s one of them.”

Even with all the memories and friends and horses in Texas, Plough plans to remain in the state that helped him discover his second calling.

“I’ve never been anywhere in this state where I felt like I couldn’t fit in,” he says. “And I have no intention of going anywhere else.”

Plough’s debut is a country-folk album that owes much to the storytelling style of Texas hill country music. He’s a skillful lyricist who sings about horses and barns, human nature and the simple pleasures of country life. His music will appeal to anyone who appreciates an honest, well-turned song.

Parke Puterbaugh is a Greensboro-based writer who teaches at Guilford College. He is a former senior editor at Rolling Stone magazine and the author or co-author of 10 books. His most recent story for Our State was “Memory Painter” (April 2012).